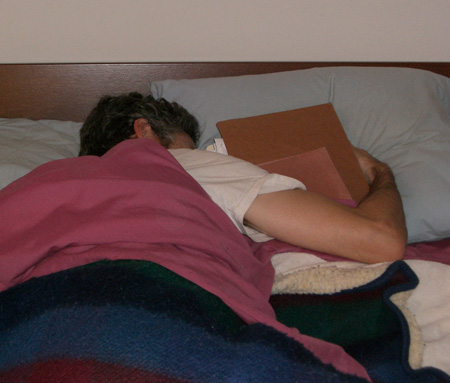 Bureaucracy is always there. The paperwork never ages, it never changes, it never disappoints. For better, for worse, for richer, for poorer, in sickness and in health, you might as well love and cherish it because it will be with you until death. The final part your heirs are required to do for you.

Love bureaucracy. Work late. Marry your job. Let bureaucracy father your children and they will never know that they want.

In a post entitled The Exciting Life of Bureaucrats, David Boswell notes that he recently finished reading Life of a European Mandarin. Mr. Boswell states that he is interested in reading books “where people started looking to the government as a positive influence instead of something that worked poorly and should stay out of people’s way.” We encourage everyone to follow Mr. Boswell’s reading program.

Christopher Hayes, in a post entitled In Praise of Red Tape, observes:

At a time when the press failed to check a reactionary Administration, when the opposition party all too often chose timidity, it was the lowly and anonymous bureaucrats, clad in rumpled suits, ID badges dangling from their necks, who, in their own quiet, behind-the-scenes way, took to the ramparts to defend the integrity of the American system of government.

Lowly and anonymous bureaucrats are the heart and soul of a great country. Mr. Hayes should have developed this important point further. We regret his invoking of caricatures and calumnies, as well as mis-attributing a scurrilous quote to Cicero.

Norman Leahy at Tertium Quids ridicules Arlington County bureaucrats for riding tricycles. This is a typical superficial criticism of bureaucrats. Bicycles are an exceptionally good means of transportation. Moreover, that the county spent $490 for a “fully loaded” tricycle is a great deal. Most of the guys on my bike team have two-wheeled bikes that cost about ten times that amount. Tricycles handle much better than two-wheeled bikes in snow and ice conditions, so they are an excellent choice for year-round transportation.

Economist John Cochrane at the University of Chicago sharply criticizes the work of 101 bureaucrats in writing a letter. He declares, “As usual, academics need to waste two paragraphs before getting to the point…” The letter he criticizes has a total of five paragraphs. Projecting to the economy as a whole, Mr. Cochrane’s proposed cuts would imply a 40% fall in output. Employment would probably fall by 15-20%. That’s a major recession. Economist should assist bureaucrats in boosting output, not reducing it.

Given that the financial system has revealed itself to be one enormous Government Sponsored Enterprise, I’m amused to hear that the solution is “more regulation”. I assume that that’s the solution to FEMA as well.

A new independent regulatory agency should be formed to regulate FEMA. That new agency might begin by setting out detailed time schedules for administering hurricane relief.