Good bureaucratic work requires well-aged ingredients, careful planning, and thorough attention to detail.  You cannot bake your way through bureaucracy. Baking, braising, buttering, calculating, reporting, and all other forms of cooking have a bureaucratic flavor.

A galantine de Poulard is an outstanding bureaucratic dish.  The term galatine may come from the old French term for “jelly.” It involves stuffing one meat inside another meat, pressing the combination into a cylindrical shape, and surrounding the meat form with fat.  Note that a galantine de Poulard requires a full five-day work week to prepare.  Hence you will not have to waste time as you would with fast food.

We also recommend Short Ribs Braised in Porter Ale with Maple-Rosemary Glaze.  That offers a fully satisfying 14 syllables. It also has a glaze.  Any recipe that ends with a glaze is good bureaucratic cooking.  This one also embraces horseradish.

Long, detailed recipes set out as a series of required steps do not in themselves make for good bureaucratic cooking. Good bureaucratic cooking has to be done in a heavy, impermeable, immalleable, non-stick pot.  The best is a cast-iron pot.  Cast iron has offered non-stick cooking long before newer, cheaper, less durable coatings on lighter metal pots.  Do not wash a cast-iron pot with soap and water or you will damage the surface seasoning.  Simply scour off food remains while the pot is still warm, and you’re ready to consult a cook book to begin cooking again. 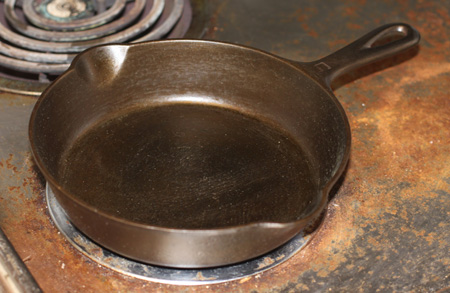 Other bureaucratic reporting this month:

Borud observes that bureaucrats “take great pride in doing things by the book.”  If you want to make the dish correctly, you’ve got to follow the recipe.

my companion, an Afghan of few words and gentle features, explained that Kafkaesque bureaucracy is nothing new to this country. Under the Taliban he was forced to wear a beard of at least eight centimeters. Erring on the side of caution he kept it at ten.

Bureaucrats encourage citizens to go beyond the merely necessary.

different departments within developing country bureaucracies become so preoccupied with developing and maintaining their own sphere of influence that their level of interaction tends to be minimal. What communication does exist is typically characterised by mutual antipathy. Budget departments do their work in isolation, emerging from the subterranean depths of their Excel spreadsheets to request information every once in a while. Planning departments produce strategies and plans without much discussion with either Tax and Revenues or External Finance. Tax departments produce new policies in close discussion with their Minister but rarely with the budget departments, let alone the separate Ministry of Trade and Industry.

Bureaucracies must unite.  In unity there is strength.

The Cultural Property observer asks, “Is the Italian cultural bureaucracy the best steward for coins?” The answer is yes. For the most important matters, you can count on bureaucrats.

I waited almost two hours before my number got called. When it did, I found my way to the correct sportello, which turned out to be a desk with a gregarious lady sitting at it. She cracked jokes with me the whole time as she punched my information into the computer. I was in a bit of a surprised daze, having everybody be so nice and helpful to me.

I think this is a quite common experience, although its seldom noted. Most persons only regurgitate demeaning bureaucratic stereotypes.

in 3-4 weeks, [my friend] got response from the pension office which deals with such case (not the one where he sent the forms, but they forwarded his forms to the right place), and he was asked to submit an additional form. Of course, copy of this additional form was included in the letter.

Forwarding forms to the correct department, providing a copy of an additional form — these are ways that bureaucrats show that their love and care for humanity.

To perceive a historical progression of forms presents itself as a problem to be constructed through space.  Bureaucracy would aim to pulverize this impulse, eliminate the perceptual pathways for conceiving of these nodes.

Total nonsense.  Without bureaucracy, there would be no historical progression of forms.

The Nerdy Redneck offers photographic evidence of bureaucrats going above and beyond what is strictly necessary.  Again, such behavior is more common than is commonly recognized.

Nick at The Mexican Year recognizes that graduate coordinators are more that just a “human appendix of the [academic] bureaucracy.” In addition to functioning as “an early warning system for sick building syndrome,” graduate coordinators know a lot about procedures in the academic-bureaucratic complex.

That’s why I’m knocking on the door of Tammy-Sue, the graduate coordinator for my department.  She’s shoehorned into one of the “small” offices as they’re euphemistically called, really just a broom closet with a sealed window on one end and a nameplated door on the other. There’s barely room for her to turn sideways to welcome me.  Limpid too-black hair dangles in front of her tortoiseshell glasses, and her merle turtleneck sweater seems like a bad choice given the greenhouse effect in her office.  But that’s her deodorant’s problem, not mine.

Tammy-Sue is a fine example of the many bureaucrats struggling valiantly to do their jobs in hot, confining circumstances.

I created a list of entrepreneurial temperaments and found that when I reversed them–creating an “anti-entrepreneur”–the resulting personality is in fact a typical bureaucrat, colorless and rigid.

That’s all for this month’s Carnival of Bureaucrats. Nominations of posts to be considered for inclusion in next month’s carnival should be submitted using Form 376: Application for Bureaucratic Recognition.