This month at the Carnival of the Bureaucrats we honor a true bureaucratic hero, Stanislav Yevgrafovich Petrov. The comically rational blog Overcoming Bias described well what Mr. Petrov did:

On September 26th, 1983, Lieutenant Colonel Stanislav Yevgrafovich Petrov was the officer on duty when the warning system reported a US missile launch. Petrov kept calm, suspecting a computer error.

Then the system reported another US missile launch.

What had actually happened, investigators later determined, was sunlight on high-altitude clouds aligning with the satellite view on a US missile base.

In the command post there were beeping signals, flashing lights, and officers screaming at people to remain calm. According to several accounts I’ve read, there was a large flashing screen from the automated computer system saying simply “START” (presumably in Russian). Afterward, when investigators asked Petrov why he hadn’t written everything down in the logbook, Petrov replied,”Because I had a phone in one hand and the intercom in the other, and I don’t have a third hand.”

The policy of the Soviet Union called for launch on warning. The Soviet Union’s land radar could not detect missiles over the horizon, and waiting for positive identification would limit the response time to minutes. Petrov’s report would be relayed to his military superiors, who would decide whether to start a nuclear war.

Petrov decided that, all else being equal, he would prefer not to destroy the world. He sent messages declaring the launch detection a false alarm, based solely on his personal belief that the US did not seem likely to start an attack using only five missiles.

I was simply doing my job, and I was the right person at the right time, that’s all. My late wife for 10 years knew nothing about it. ‘So what did you do?’ she asked me. I did nothing. 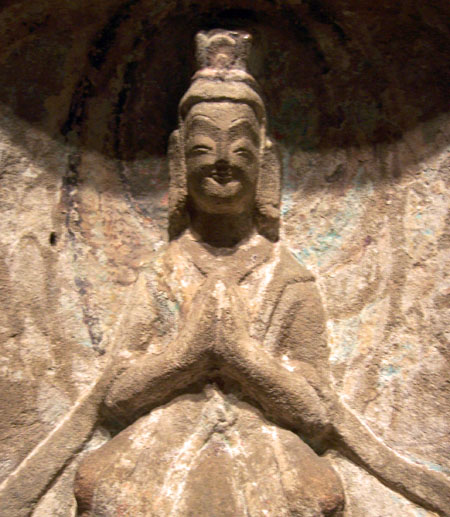 Stanislav Yevgrafovich Petrov was not a political leader. He was not a general. He was a low-level military administrative functionary. In short, he was an ordinary bureaucrat. Every person who lives on planet earth should be grateful to this bureaucrat. He saved the world from nuclear war.

They’ll probably ask Slim Pickens and former Senator Sam Nunn to advise them. And those are the chances, Slim and Nunn.

Read Dr. Helen’s post and then check out the “Scope of the Problem” on page 6 of this “educational material” on the Tennessee Department of Health website. An army of Petrov’s is needed to stop this anti-male bigotry from causing major human harm.

Anna Farmery at the Engaging Brand Blog offers “A thought on life….and branding.” She observes, “There is no perfection in humans….” The obvious implication of this submission to the Carnival of Bureaucrats is that perfection can be found only in bureaucracy. We fully agree.

The Topiary Cow discusses how to excel in interior decorating. She applauds piles of paperwork and observes, “When Topiary walks into a home, if there are no books, no writing, no computers, no projects, nothing to indicate any mental activity, she has a sinking feeling.” Topiary appreciates a bureaucratic environment. So should everyone.

Phil for Humanity discusses the dangers of scheduling with your boss. He observes, “I’ve discovered that the best schedule is not the best case scenario, but rather a realistic guess how long the task should take with an extra padding of time to work out any issues that may arise.” But a better way to address scheduling questions is to set up a meeting to discuss them.

Blake Williams at “What I hear you saying…” discusses branding the river of conversation. He recalls a small local news site reporting, “Every time a contentious local issue was covered on the site, the station received nasty-grams and phone calls from half the town to remove the comments they were hosting.” Perhaps this site could get a job consulting to Mashables about how to improve its Troll Week.

That concludes this month’s Carnival of the Bureaucrats. Submit your blog article to the next edition using our Carnival submission form. Submissions should conform to the Carnival regulations. Past posts and future hosts can be found on the Carnival index page.