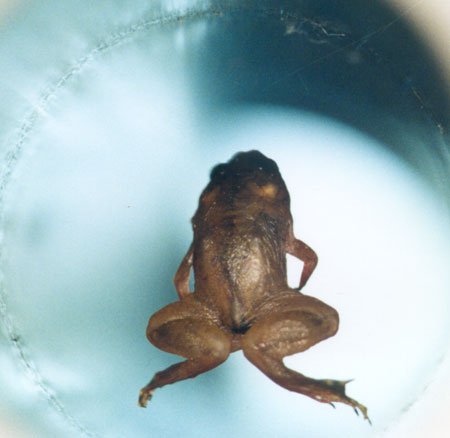 Bureaucrats do not merely sit at their desks, calmly floating in an environment that outside energy supports.  Bureaucrats play an active role in generating their own support.  Scientists that levitated a frog insightfully explain:

As you might well know, all matter in the universe consists of small particles called atoms and each atom contains electrons that circle around a nucleus. This is how the world is made.

If one places an atom (or a large piece of a matter containing billions and billions of atoms) in a magnetic field, electrons doing their circles inside do not like this very much. They alter their motion in such a way as to oppose this external influence.

Incidentally, this is the most general principle of Nature: whenever one tries to change something settled and quiet, the reaction is always negative (you can easily check out that this principle also applies to the interaction between you and your parents). So, according to this principle, the disturbed electrons create their own magnetic field and as a result the atoms behave as little magnetic needles pointing in the direction opposite to the applied field. [footnotes omitted]

The result is levitation of the frog in the magnetic field.  Confronted with external energy directed toward change, bureaucrats also act according to this most general principle of Nature.  Each of the billions of atoms in each bureaucrat’s body generates a counter-reaction.  Bureaucrats’ active interaction with the energy around them not only generates support for bureaucrats, but actually enables bureaucrats to fly. 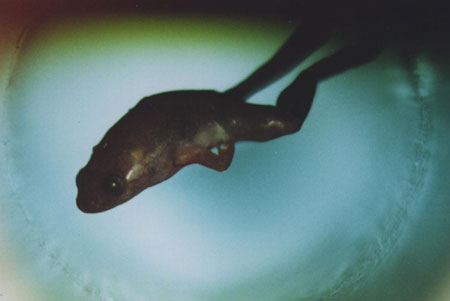 Other bureaucratic reports this month:

Suthichai Yoon reports that the Prime Minister of Thailand has formed a Coordination Committee to monitor Cabinet decisions.  Coordination ranks only behind editing documents in bureaucratic importance.

The babu blogger reports that three bureaucrats were selected for India’s prestigious Padma Bhusan award on the eve of India’s 61’st Republic Day.  One of these administrative leaders is PR Dubhashi, a 1953 batch Karnataka cadre IAS.  Mr. Dubhashi has an impressive record of bureaucratic service:

After being trained at Metcalfe House, he began his career as an SDO in Davangere and later became deputy commissioner in drought-prone Raichur in 1958-59. … He also held some key posts like Establishment Officer (1978-80), additional secretary in ministry of agriculture (1980-81) and director of Indian Institute of Public Administration (IIPA).

He rose to the position of secretary in the Prime Minister’s Office (PMO).  Mr. Dubhashi also wrote a book, Pursuing Idealism Through Civil Service: Memories Of An Administrator And A Trainer. We join persons in India and around the world in celebrating Mr. Dubhashi’s service.

How exactly Kan plans to get the bureaucrats to go on dates is still unclear, though. In good bureaucratic fashion, he is setting up a team to come up with the details of the plan. …

“If we can go home early, I’m sure I could go on dates more often,” one bureaucrat told me. “That is, if I can find someone to go with.”

This is a serious problem that deserves further study.

the teenager claims that, four months ago, she was left in tears after bailiffs acting for the CSA allegedly threatened to take her pet pony Pringle to help meet the payments.

We regret the hardships that this girl faces, but the Child Support Agency is a major organization that transfers a huge amount of money from men to women under the force of law.  Sometimes a girl has to be sacrificed for the sake of the organization.

Everett Sizemore describes the regulation of chickens in Denver:

We can have chickens here, but must jump through some fairly asinine bureaucratic hoops and pay fees so high they make the whole exercise counterproductive. First you submit an application to Animal Control, which costs $50. Then they come out to inspect the site, never having actually provided any guidance on what standards you’re supposed to meet. If these people approve you (never mind the fact that they’re trained to deal with dogs and cats and most don’t even seem to realize a chicken doesn’t need a rooster to lay eggs) then you’re on to the zoning department. You will be required to contact the neighborhood organization and council member for your area, and post two notices at two different times in your front yard, informing any neighbors (not just next door, but from blocks away) of their right to object. Why they can object to you having a Nigerian Dwarf goat while you can have nothing to say about their five great danes has yet to be answered – but, providing they don’t object after 30 days, you can now purchase a permit for $100. This permit costs $70 for renewal every year. Keep in mind this is only for the chickens you had at the time. Should one of your hens die (and they only lay well for 2-3 years) you’re supposed to pay again for their replacements.

Here at the Carnival of Bureaucrats, we lack expertise in chickens.  However, a bureaucrat’s cousin has a dove that laid an egg (sadly, like Mr. Sizemore’s chickens, without the love, companionship,and freely given support of a male dove). Apparently a pet dove can lay an egg without a permit.  Rather than bashing bureaucrats, we suggest that Mr. Sizemore rename his chickens to be doves.

Rob Roberts outrageously encourages Toronto residents to ignore impressive regulations that include a formal textual citation. Around a pond in Toronto, which is far north in Canada, are signs that state: “Danger. Ice unsafe. Keep off. Municipal Code #608.” Mr. Roberts quibbles that the ambient temperature has been -10 degrees centigrade for at least a week. However, regulations are not made for special cases such as Canadian winters.  He huffs that  playing hockey began on a pond in Canada.  That’s logically no reason for it to continue on ponds in Canada.