The eleventh-century Muslim scholar al-Biruni’s massive work on India compared Hinduism to Islam, ancient Greek religion, Judaism, Christianity, and Manichaeism.  Al-Biruni was not, however, a relativist.  Al-Biruni believed that truth exists apart from what persons might say and believe.  Many scholars today, highly specialized in word work, consider such truth difficult to believe.

Al-Biruni explicitly declared the importance of truth-seeking.  After describing reasons why persons lie, al-Biruni declared that only a person who tells the truth is “praiseworthy.”[1]  Central-Asia in al-Biruni’s time (a millennium ago) was a world-leading center of scholarship.[2]  Status competition typically structures the scholarly enterprise, but such status competition is not necessarily grounded in truth-seeking.  The foundation of truth for al-Biruni was from God.  Al-Biruni declared:

It has been said in the Koran, “Speak the truth, even if it were against yourselves”; and the Messiah expresses himself in the Gospel to this effect: “Do not mind the fury of kings in speaking the truth before them.  They only possess your body, but they have no power over your soul.” [3]

Al-Biruni worked in the court of Mahmud of Ghazni.  Mahmud of Ghazni was a highly successful warrior who devastated part of India.  Al-Biruni, who implicitly deplored Mahmud of Ghazni’s actions, surely understood personally the risks of telling the truth.

Al-Biruni sought truth not just in sacred words, but also in nature and experience.  Al-Biruni introduced his chapter on punishment and expiation among Hindus by noting that their manners and customs are like those of the Christians.  He then described Christian principles:

never to kill under any circumstance whatsoever, to give to him who has stripped you of your coat also your shirt, to offer to him who has beaten your cheek the other cheek also, to bless your enemy and to pray for him. [4]

Upon my life, this is a noble philosophy; but the people of this world are not all philosophers. Most of them are ignorant and erring, who cannot be kept on the straight road save by the sword and the whip. And, indeed, ever since Constantine the Victorious became a Christian, both sword and whip have ever been employed, for without them it would be impossible to rule. [6]

Al-Biruni then immediately declared, “India has developed in a similar way.”  Al-Biruni divided humanity into a small share of enlightened intellectuals and a remaining mass of ignorant, beastly humans.  Al-Biruni’s understanding of human natures and human history engaged with his knowledge of sacred words in his truth-seeking. 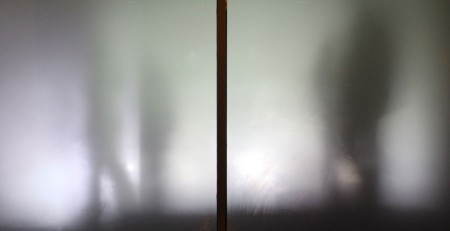 [5] All but the first clause reflect the substance and imagery of Matthew 5:39-40, 44.  The principle “never to kill under any circumstance whatsoever” less closely tracks Christian scripture.  Matthew 19:19 declares “You shall not murder” in the context of describing the commandments of Exodus 20:1-17 / Deuteronomy 5:4-21 (“10 commandments”).  Matthew 5:21-22 magnifies the commandment against murder to encompass anger with a brother or sister.  That differs from al-Biruni’s expansion, “under any circumstance whatsoever.”  Killing animals apparently was an ethical concern in eastern Christianity:

Originally killing in general was forbidden to them {Hindus}, as it is to the Christians and Manichaeans.  People, however, have the desire for meat, and will always fling aside every order to the contrary.  Therefore the here-mentioned law applies in particular only to the Brahmans, because they are the guardians of the religion, and because it forbids them to give way to their lusts.  The same rule applies to those members of the Christian clergy who are in rank above the bishops, viz. the metropolitans, the catholici, and the patriarchs, not to the lower grades, such as presbyter and deacon, except in the case that a man who holds one of these degrees is at the same time a monk.