Within the Byzantine Empire, iconoclastic emperors prescribed religious use of images between 726 and 787, and between 813 and 842.  That action had little effect on Christians beyond the Byzantine Empire.  Christians in Syria and Egypt had a long tradition of religiously active images (icons).  Icons were ubiquitous in Christian churches and monasteries in the Islamic world about the year 800. 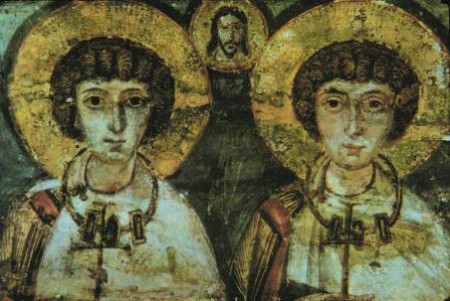 Sometime between 800 and 812, Theodore Abu Qurrah, a Christian bishop in Harran, Syria, wrote a polemical treatise supporting prostration to icons.  Abu Qurrah was living within the Islamic world and writing in Arabic.  He declared:

nothing is more prevalent in the church than the icons.  What country is there, by my life, in whose churches there are no icons of the saints?  If their ubiquity does not prove that they have come down from the beginning, then one is on the verge of disapproving everything else, the ubiquity of which is commonplace [1]

While Abu Qurrah’s arguments in support of prostration to icons could be challenged in many ways, his observation of current Christian practice is credible.  Christian use of icons was readily observable.  If Abu Qurrah had greatly exaggerated icon use, his opponents could have easily discredited him.

Icons were prevalent in Christian churches and monasteries in the ninth-century Islamic world.  In a literary story set about 830, the narrator and Caliph al-Ma’mun “entered an old church in Syria which had marvelous paintings/sculptures.”  A different narrator recounted that he and Caliph al-Mutawakkil, probably about 858, saw in a monastery in Homs, Syria, “marvelous pictures.”  In another account, probably from about 900, the narrator describes going into a Christian church in Syria “to see things in it that I had heard praised.”  He reports seeing pictures.[2]  An Arabic-Egyptian poet who died in 830 wrote of a wine party in a monastery:

Cup by cup we drank to the glory of the images; an icon holds both heart and glance spellbound, in silence it moves us, it supplants both lute and torch. [3]

Caliph Yazid II in 721 ordered that icons be removed from churches and monasteries.[4]  That order was not effective, at least after less than a century.

Dayr al-Ba’uth had an ancient icon whose colours had not dimmed with the passage of time.  A monastery near Jusiya on the road from Homs to Damascus possessed carved reliefs of the prophets and an icon of the Mother of God whose eyes always looked at the beholder, wherever he stood.  In Dayr al-Qusayr there was an icon of the Mother of God with Christ which people came specially to see. The Tulunid ruler Khumarawayh {ruled 896-904} liked it so much that he used to install himself in the monastery in a room from where he could look at it while he was drinking. [5]

The renowned Mandylion of Edessa (a portrait of Christ) was first described in the fifth century as having been painted by King Abgar of Edessa’s emissary to Jerusalem.  By the end of the sixth century, the Mandylion of Edessa was described as a miraculous portrait not made by human hands (acheiropoieton).[6]  In a Syriac polemical text probably set in Iraq in the 720s, a Christian monk declared:

We make prostration and we pay honor to his {Christ’s} image because he has impressed it with his countenance and has given it to us.  Every time we look at his icon we see him.  We pay honor to the image of the king, because of the king. [7]

How Christ had impressed the image with his countenance isn’t stated.  Images made by human hands and acheiropoieta probably weren’t distinguished by humans at the time of image production.  Acheiropoieta are more reasonably understood as religious images that succeeded in attracting popular attention and claims for extraordinary powers within an image-making process that also produced many other images made by human hands.[8]

Veneration of icons in Syria preceded Islam.  John Moschus, a Christian monk born in Damascus and who died in Jerusalem in 619, described a demon confronting an anchorite monk in Jerusalem:

“Stop venerating this icon,” the demon said, “and then I will stop attacking you.”

Now this icon consisted of a lifelike painting of our holy lady Mary the birthgiver of God carrying our Lord Jesus Christ. [9]

The description of the icon and the practice of venerating it seems historically realistic.  Al-Biruni, a Muslim scholar in central Eurasia, reported that icons to which Christians prayed for intercession were brought from Syria into Arabia before Islam.

Spiritual use of images is common human practice across religions, cultures, and peoples.  The Greeks and Romans honored gods through paintings and sculptures.  Christians’ spiritual use of images doesn’t need to be explained by Greco-Roman influence or contamination.  Spiritual leaders in Africa, Hindus in India, Buddhist in China, and many other groups around the world have used images similarly.  Particular historical, religious, and cultural circumstances are needed to explain rejecting spiritual use of images.  Byzantine iconoclasm was an unusual development in Christian history of image use.  Byzantine iconoclasm was also an unusual development in the broad human history of image use. 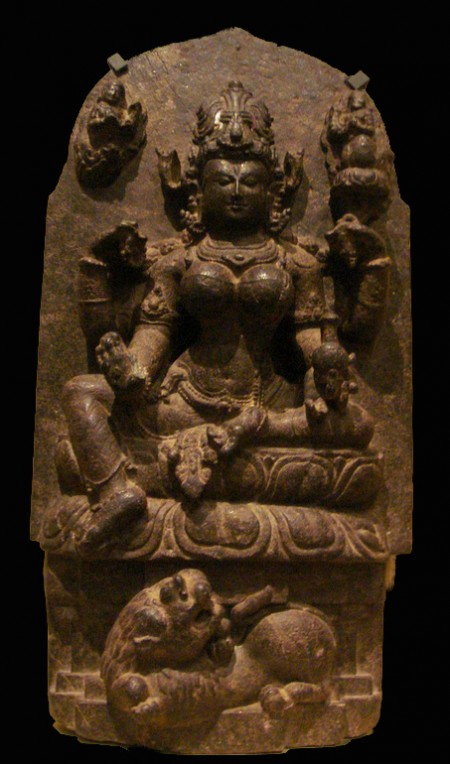 [8] Brubaker & Haldon (2011) ch. 1 claims that icons prior to 680 were acheiropoieta.  But id. doesn’t provide a reasonable account of the development of acheiropoieta.  Christians understand the Bible to be God’s word, but most believe that it was written by human hands.  A process like the canonization of scripture, but more decentralized, plausibly explains what came to be recognized as acheiropoieta.

Griffith, Sidney H. 1997.  A treatise on the veneration of the holy icons written in Arabic by Theodore Abu Qurrah, Bishop of Harran. Louvain: Peeters.