Geoffrey Chaucer, who lived in fourteenth-century London, is widely known as the Father of English literature and the greatest English poet of the Middle Ages.  Chaucer should be widely known as a highly proficient bureaucrat.

After early work collecting and inventorying scrap metal, Chaucer studied law.  He then received a job as Valet de Chambre (VDC) in King Edward III’s bureaucracy.  As VDC, he reported to the Groom of the Privy and Groom of the Stool.  These privy officials helped to care for the King’s daily personal bodily needs.  Privy and stool work remains a mainstay of modern bureaucratic jobs. 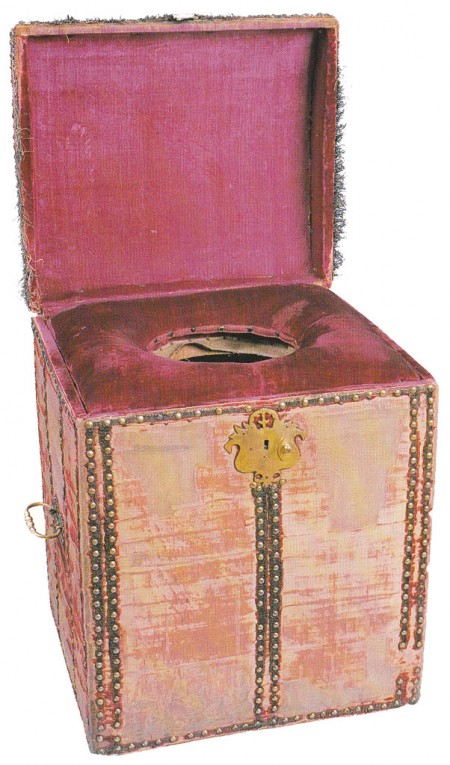 Evidently recognizing Chaucer skills in keeping relevant items moving smoothly, the King in 1374 awarded Chaucer a merit bonus.  This bonus was not merely a lump-sum cash award, but an ongoing boon: “a gallon of wine daily for the rest of his life.”  Chaucer apparently already had expertise in ports.  In 1374. Chaucer was promoted to Comptroller of the Customs for the port of London.  Chaucer remained in that position for twelve years. Good bureaucrats themselves tend to stick hardily in place.

Chaucer subsequently continued to work in royal bureaucracy. Chaucer’s subsequent jobs included Clerk of the King’s Works (managing the King’s building projects), Keeper of the Lodge at the King’s Park in Feckenham, and Deputy Forester in the Royal Forest of North Petherton, Somerset.  Chaucer retired in 1394 on a generous pension.  By that time he should have already received a twenty-year service pin, which apparently has been lost.

It’s important to remember that we’re not so good at understanding the subtleties of environments that make them attractive to people. Look at football for example. One way to watch a game is to sit on a cold bench with no good food and bad bathrooms, the other is in your own living room, with replay, and food you like at your convenience. And then ask yourself — which would you guess people pay for? Which do people cheer for? You’d get it wrong. There are aspects of bringing people together in groups that we can’t quite understand and judge.

That insight helps to rationalize current educational institutions and other leading bureaucracies.

Bureaucrats in British Columbia have worked heroically to implement reversing political decisions.  CBC News explains that “a team of bureaucrats spent the last 10 months working 80-hour weeks with no extra pay” to implement the harmonized sales tax (HST) They then put in a huge effort to re-implement the old provincial sales tax (PST):

the normally faceless and silent bureaucrats … toiled for the past four years to help introduce the ill-fated HST, only to preside over its merciless burial.

Those same people then dutifully resurrected the old PST, a task the usually publicity-phobic civil servants say was an ordeal and an accomplishment of near biblical proportions.

A team of 14 bureaucrats, including analysts, auditors and legal experts, hunkered down through the HST’s introduction and death and then through the rebirth of the old, but remodelled PST, which hasn’t been redrafted in 60 years.

Bureaucrats’ job is not to question why, but to do and die.  Take of moment of silence to honor bureaucratic sacrifices.

In Ottawa, the mayor has awarded ten medals to top city bureaucrats.  The award recipients are well-respected, diligent public servants.  There are many such public servants in government bureaucracies around the world.