The tenth-century Baghdad-based court companion and bookseller al-Nadim wrote an extensive catalog of books, the Fihrist.  Although the Fihrist is a subject-based catalog, al-Nadim cataloged not books but authors.  All the books that an author wrote are listed in the Fihrist under the name of the author.  Within subjects, the Fihrist often groups students, disciples, and peers with an important author.[1]  As a court companion and a bookseller, al-Nadim understood that social relations are more important than impersonal knowledge for popular interest in books. 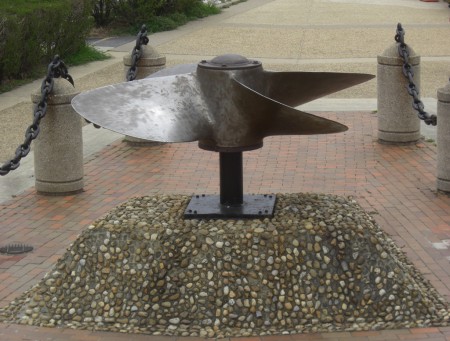 Al-Nadim explicitly described the Fihrist’s broad scope.  The Fihrist begins with a prefatory summary.  In it, Al-Nadim declares:

This is a catalog of the books of all peoples, Arab and foreign, existing in the language of the Arabs, as well as of their scripts, dealing with various sciences, with accounts of those who composed them and the categories of their authors, together with their relationships and records of their times of birth, length of life, and times of death, and also of the localities of their cities, their virtues and faults, from the beginning of the formation of each science to this our own time {c. 987}. [2]

Being written in Arabic was the most important delimiting factor for books included in the Fihrist.  The authority of a book depended on social valuation of its author’s person.  Science for al-Nadim included books about persons’ beliefs, opinions, and practices.

The Fihrist’s formal organization and associated page counts indicate al-Nadim’s concern for social relations.  Among the Fihrist’s ten primary divisions (parts), the first is “language and scripture,” and the last, “alchemy.”  A simple, plausible interpretation of the Fihrist’s ordering is that its parts are in order of declining importance.  Such an order implies that “history, belles-lettres, biography, genealogy” (part 3) is less important than only “language and scripture” (part 1) and “grammar” (part 2).  “Philosophy and the ancient sciences” (part 7), which includes arithmetic, astronomy, geometry, and medicine, is relatively close to “alchemy” (part 10). Token frequencies in Ibn Abi Usaybi’ah’s thirteenth-century History of Physicians, in contrast, indicate greater importance for philosophy, astronomy, logic and other ancient sciences relative to rhetoric, eloquence, and theology.  In the Fihrist, the part “history, belles-lettres, biography, genealogy” encompasses government officials and courtiers.  That part has the largest page count among the Fihrist’s parts. Its page count is about 50% greater than the middle-sized parts “law and legal scholars” and “language and scripture.”  History, biography, and genealogy mainly concern persons and their social relations.

Books can substitute for social relations and ease loneliness.  Al-Nadim included within the Fihrist a statement declaring books preferable to personal friends:

This statement figures the book as a good companion, comrade, friend, and counselor.  Unlike such persons, a book can easily be put down or exchanged for a better one.  Dealing with friends is more difficult.

Entertainment is the skill of literary men within the Fihrist’s organizational scheme.  Literary men are in the chapter (sub-part) concerning “boon-companions, table-companions, belletrists {literary men}, singers, slaptakers, buffoons, and comedians.”[4]  Literary men thus appear as courtly entertainers like slaptakers and buffoons.  An example from the Fihrist is Abu al-Anbas al-Saymarī.  He was the highest-ranking judge in a district near Basr.  He was also a close associate of ninth-century caliphs in Baghdad.  Al-Nadim notes of al-Anbas:

Although he was one of the jesters and clowns, he was also a man of letters, familiar with the stars, about which he wrote a book; I have observed that it was praised by the leading astrologers. {Caliph} al-Mutawakkil included him in the group of his court companions, giving him special attention. [5]

Al-Anbas, who wrote about forty books, seems to have been capable of writing about anything.  Reportedly he favored obscene topics and burlesque.[7]

Books can provide pleasing, imagined social relations.  They can provide courtly entertainment at popular scale.  Such services have been central to book demand for millennia.

[1] Toorawa (2010) p. 226.  Fihrist is an Arabic word for catalog.  Id. p. 240 states that the Fihrist is “fundamentally a catalogue of titles and not a biographical work.”  That seems to me to understate the importance of social relations in the Fihrist. The Fihrist is a catalog of authors and titles.  It emphasizes authors writing about persons — history, biography, genealogy.

[3] Id. p. 20.  Al-Nadim attributes the statement to Nattahah Abu Ali Ahmad ibn Isma’il (died in 903), who worked as a secretary.  The statement is within a group of statements headed “Remarks about the Excellencies of Books.”  Al-Nadim notes that he included this subject and similar ones in another book that he wrote.  Id. p. 21.

[4] Quoting here the close translation of Toorawa (2010) p. 225.  Al-Jahiz, a leading literary figure in ninth-century Baghdad, is not included in this section.  Al-Jahiz is in the Fihrist in part 5, chapter 1 (theologians of Mu’tazilah and Murji’ah).  Al-Nadim reports an account of al-Jahiz’s erudition:

Abu Hiffan said: I have never seen or heard of anyone who loved books and studies more than three men: al-Jahiz, al-Fath ibn Khaqan, and Isma’il ibn Ishaq, the judge.  Whenever a book came into the hands of al-Jahiz he read through it, wherever he happened to be.  He even used to rent the shops of al-warraqun {booksellers}, remaining in them for study.

Fihrist, trans. Dodge (1970) p. 255.  Abu Hiffan ‘Abd Allah ibn Ahmad ibn Harb al-Mihzami was a secretary and poet who died in Baghdad in 871.  Id. p. 398 gives an abbreviated account of the above statement and attributes it to Abu al-Abbas Muhammad ibn Yazid al-Mubarrad, a grammarian who died in Baghdad about 898.  Although al-Jahiz’s work is outrageously entertaining, al-Nadim may have regarded him as too erudite to be associated with literary entertainers.

[5] Fihrist, trans. Dodge (1970) p. 332.  In the ancient Islamic world, astrology ranked with medicine as an important area of knowledge.

[7] See Pellat, Charles. “Abu ’l-ʿAnbas al-Ṣaymarī.” Encyclopaedia of Islam, Second Edition. Brill Online, 2013.  Toorawa (2010), p. 243, insightfully observes that for al-Nadim, the ability to write books on any subject was a sign of adab.