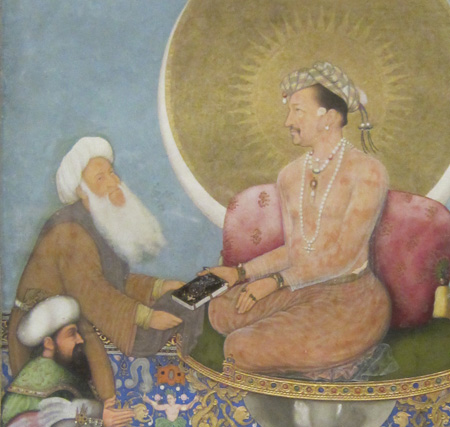 From the early Abbasid period, Arabic writers referred to the misery of literary writers.  With literary flair they used the punning phrase “hirfat al-adab.”  Hirfa meant both “profession” / “practicing a craft” and “misfortune” / “grief.” Adab meant display of verbal acuity and literary culture.  Hence “hirfat al-adab” meant both “exercising the profession of a man of letters” and “misery inherent in being a man of letters.”[1]  Intense literary status competition in the ancient Islamic world created considerable misery among literary writers.

How many are the ignorant enjoying a life of peace and joy while poverty and toil wear out the mindful.  Riches he finds among those who have no abilities, but fortune flees from those familiar with the art of the word.  (written by Nasr al-Khubzaruzzi, born in Basra, died between 929 and 942) [2]

The demand for literary talent, like that for fashionable clothes, is fickle and doesn’t readily provide material payment.[3] Well-established institutions of literary prestige limit status competition and can entrench within a society mediocre literary performances.  But seen from a different angle, those institutions give literary figures valued security of position and, in modern times, often at least a meager salary.

[1] Bonebakker (2001).  Many examples have survived from the thirteenth and fourteenth centuries. Ibn al Sa’ati (d. 1209) wrote in verse:

I loathe poetry.  Never will I aspire to it!  I even loathe transmitting it in my writings.
I avoided composing it, not because it struck me as fearsome, but because I feared the misery of letters.

Cited and trans. id p. 152, slightly adapted above.  Writing and quoting poetry was prevalent among elites in the early Islamic world.  Bonebakker’s writings, at least in English, are far from poetical.  An academic memorial of his life observed:

In spite of his distinguished career in the New World he never fully adjusted to the American way of life and he disliked academic politics and administration; not surprisingly, he and his wife returned to the Netherlands in 1994, settling in the quiet town of Zeist, not far from Leiden.

Bonebakker was born in the Netherlands and became a professor at the University of California at Los Angeles.  Van Gelder (2006) p. 6.

[3] No evidence exists of Geoffrey Chaucer having received payment explicitly as a poet or for his poetry from King Edward III and King Richard II in late fourteenth-century England. Green (1980) p. 6. Minstrels more readily collected material rewards than did poets:

The vocation of minstrel, if it had conferred no great prestige and commanded few lavish rewards, had at least provided its practitioner with a recognized skill for which his employers were willing to offer material encouragement; the household poet, on the other hand, practiced an avocation which he shared with his superiors, and he would have been presumptuous, but also ill-advised, to seek direct recognition for it. … Account books throughout the {European} late middle ages are full of payments to minstrels (for musical not literary services, of course), but provide little evidence of direct encouragement for writers of love poetry in England