About two decades ago, sequencing the human genome was thought to be a highly profitable path to developing new medicines and medical treatments.  The immediate results of genetic research for drug development have been largely disappointing.  But genetic research has increased biological understanding fundamentally.  Researchers now have much greater appreciation for the importance of a living organism’s bio-chemical communication with its environment in shaping gene expression, protein synthesis, and the organism’s behavior.[1] 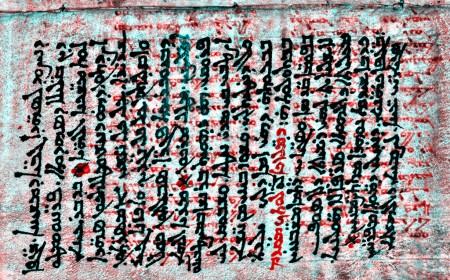 Linguistically translating materia medica is closely related to making material substitutions.  Sergius of Resh Aina translated Galen’s On Simple Drugs into Syriac.  To each of the individual books of Galen’s work Sergius prefaced a list of the form “x which is y, with x being a Syriac transliteration of a Greek botanical term, and y its suggested Syriac equivalent.”[3]  The suggested Syriac equivalent y could be a linguistic translation of x.  But given the different bio-geography relevant to the translation, y could also be a material substitute.  Ancient lists of substitute medicines exist in the form “if not x, then y.”  Surviving evidence shows that translating Greek medical texts into Syriac included adapting, acclimatizing, and combining the Greek texts.[4] Making material substitutions could have been an additional dimension of translation, broadly understood.

Linguistic culture is highly distinctive to humans.  Bio-chemical culture is important to all living organisms.  Studying the translation of materia medica across the long duration of human development and a wide geographic span of human societies provides a unique window into human being and human welfare.

[1] Kohl (2012) provides a helpful review and synthesis of relevant biological research.  Humans are highly distinctive animals in their bio-cultural evolution and development.  If you want to understand the creation of human life, studying human DNA is not sufficient.  Nor is studying what’s traditionally understood as human culture: what humans see, say, hear, read, and write.  Fundamentally important to human behavior is what humans smell, eat, and touch.  By those means, humans, like other living organisms, engage in bio-chemical communication with their environment.

[2] Bhayro, Hawley, Kessel & Pormann (2013) describes the manuscript.  It was scientifically imaged in 2010. The image data are publicly available, along with a brief description.  Preliminary study (id.) indicates that the Syriac Galen Palimpsest includes Books IX to XI of Galen’s On Simple Drugs.  The Syriac translation of those books had been regarded as lost.

[5] Sergius of Resh Aina was a Christian priest.  Yet that doesn’t mean that he didn’t offer services like those of physicians.  Jesus of Nazareth and his first disciplines competed with incumbent providers of medical services.  Over time Jesus acquired the epithet “the good physician.”

[image] Detail from an image of the Syrian Galen Palimpsest, SYR 178r Pseudocolor, thanks to the Galen Syriac Palimpsest Image Bank.

Bhayro, Siam. 2013. “The Reception of Galen’s Art of Medicine in the Syriac Book of Medicines,” in Barbara Zipser (ed.), Medical Books in the Byzantine World (Bologna: Eikasmós), pp. 123-144.