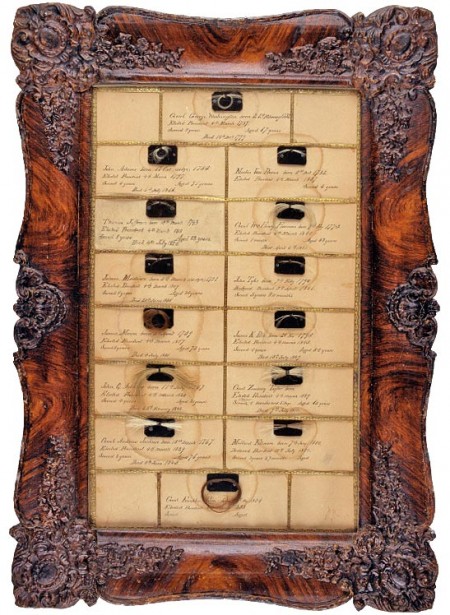 Hard-headed practical types tend to question the value of work such as an analysis of the twelfth-century Syriac Book of Medicines.  What’s the point?  Who cares?  Of what use is that knowledge?  Enlightened persons know that pursuit of knowledge is based on faith.  True scholars must have faith in the value of knowing.

Consider the work of John Varden.  Varden was a leading nineteenth-century American promoter of public knowledge.  In 1836, he opened the Washington Museum, a one-room museum in his own home in Washington, DC.  Varden invited the public to view his collection of thought-inspiring artifacts such as ostrich eggs, the jaw bone of a porpoise, a stone in the shape of a potato, winged insects from India, etc.  In 1841, to gain the support of a much larger institution, Varden sold his collection to the National Institute for the Promotion of Science.  The National Institution for the Promotion of Science displayed its collection to the public at no charge in the palatial National Gallery of the US Patent Office.  Varden became an employee of the National Gallery of the US Patent Office.  Varden’s job title has been variously described as curator and janitor.[1]  Titles don’t matter to true scholars.

While working to maintain the collection at the National Institute for the Promotion of Science, Varden in 1850, on his own initiative, established a hair collection.  He collected hair samples from “persons of distinction,” including US presidents.  Varden’s hair collection includes hair from the first 14 US presidents, as well as hair from Senators Henry Clay and Jefferson Davis, Generals Winfield Scott and Sam Houston, Professor Samuel F.B. Morse, a telegraph pioneer, and sculptor Clark Mills.[2]  Others collected hair less systematically.  An author recently noted:

On one occasion in 1842, for example, {former President Andrew Jackson} entertained some two hundred schoolgirls, who according to one reporter, “procured so many of his snow white locks as to give his head the appearance of having just passed from the hands of the barber.” [3]

Most such hair samples probably have been lost.  Moreover, hair samples from historically important, well-defined populations are rare.

Varden’s collection of hair samples can now be recognized to be potentially an enormous contribution to knowledge.  With advances in molecular analysis, hair can provide important biological information.  Varden’s hair collection may enable study of the health of the first 14 US presidents.  Moreover, DNA may exists in small skin fragments attached to the hair.  Varden’s collection may enable DNA typing of the first 14 US presidents.  In addition, technologies for DNA transfer are advancing rapidly.  In the difficult and uncertain future that the US faces, bringing back to life George Washington may become feasible for next-generation US leadership.

Hair of Presidents of the United States with other Persons of Distinction / Prepared and arranged by John Varden, February, 1853 / N.B. Those having hair of Distinguished Persons / will confere a Favor by adding to this Collection.

[2] Id. p. 130 (doesn’t provide a specific reference for the quotation).  A framed lock of Andrew Jackson’s hair from 1845 exists.  Its provenance is better documented than Varden’s sample. Id. pp. 128-9.  A lock of Sir Walter Scott’s hair in 1832 is also available with specific information about provenance.  Id. pp. 94-5.

[image] Hair of the Presidents, Washington D.C., 1855, from the collection of the U.S. National Museum of American History.