The Syriac Book of Medicines, a Syriac text thought to have been written in the twelfth century, compiled a wide range of material.  Its geographic scope of knowledge spans the region of southeastern Eurasia and northern Africa from India to Italy to Libya.  It includes excerpts from Galen’s corpus, prescriptions “used by the Indians” and prescriptions including Indian names of drugs, a lengthy section on astrology, and medical recipes similar to those found on ancient Egyptian papyri written in Greek.  The Syriac Book of Medicines, like Asaph’s Book of Medicines, is a loosely organized compendium encompassing a broad geographic, cultural, and conceptual sphere of knowledge.[1]

The account of the Splendid Root in the Syriac Book of Medicines underscores the book’s broad scope of agglomeration.  The account of the Splendid Root, which is presented as a type of medicine, first provides an etymology.  The roots of the Splendid Root are “expeller of devils” and “fetid smelling.”  The root is then given mythical-medical importance: “this root was the firstborn of all the roots that came up from the earth, and King Solomon frequently used it.”  In the Hebrew Bible, being firstborn is associated with inheriting blessing; King Solomon is a paragon of wisdom.  The flower of the root has a blossom like a red rose.  When that blossom withers, what’s left is two little balls “like the testicles of a man, and inside them are black and red seeds.”[2]  This botanical description seems purely symbolic.

When you wish to pull up this root, clean yourself from impurity, and forgo bread that has been made by women. And wash your head and array yourself in white apparel, and keep fasting until you see the stars. And come to this root on the sixth day of the month Iyyar and say to it, “Peace be to you, O Splendid Root.”

Ritual purity with respect to food and women is important in Jewish law, as is fasting.  Iyyar is the name of a month in the Hebrew religious calendar.  Following the above address to the root is a prayer for the root:

Apart from the context of the Splendid Root, that prayer could be conventional in Jewish, Christian, or Islamic worship.  Subsequent to the prayer are highly unconventional actions:

every evening when you go to it you shall say to it, “Be thou well, O Splendid Root, with beneficial health!”  And when you have finished this prayer, say “Peace be unto thee, O root, for thou reignest over all roots.”  Do this for three days.  And on the fourth day come in the morning before sunrise, and dig up the ground on all four sides of the root, to the depth of a cubit on each side.  Then bring a black dog, and tie one end of a rope around his neck, and tie the other end of the rope to the root, and then smite the dog until he pulls this root up out of the ground.  And when you have pulled it up, bring a thin plate of gold or silver, and tie it up in a piece of new, clean linen, and bury it in the place where the root was, and cover it over.  And take the root, and go to {your} house or the church, and place it in the hollow of the head of the door, or on the seat of God, and take fine incense from the church, and cense it before Him. [4]

From conventional, liturgical praise of god the account thus shifts to ritual action with a black dog and idolizing the Splendid Root.  The ritual cost of a plate of gold or silver and new linen makes the ritual infeasible for ordinary folk use.  The alternative ritual locations of the lintel of a door to a house or a most holy place in a church desacralizes the latter.  Incensing the root mocks Christian liturgical sanctification of the altar for the Christian sacrifice.  The remedy user is then instructed to recite another highly conventional prayer:

O God, Thou Sustainer of All, Who willest all things, Who preservest all things, Thou Name, beautiful and ornamented in all things, Thou Creator of the Sun and Moon, give Thou unto me, O my Lord, in Thy mercy, the actual and peaceful possession of this root, in all its operation, together with the power thereof, so that it may be for the healing and cure, and relief of the souls of all the children of men.  Let it come unto me with all its working powers.  Yea and Amen.

if you go into a house where there are magicians, they shall speak from inside the earth, from that place wherein they are set.

The Splendid Root can also work as a contraceptive, an antidote to poison, a cure for snake bites, an object that drives away storms from ships, a cure for menstrual flow, a means for identifying friends and enemies, and a means for becoming invisible.  With respect to the invisibility effect, the account declares: “That has been well tried, and is certain.”  In its presentation of Galenic medicine, the Syriac Book of Medicines repeatedly emphasizes the value of gaining and verifying knowledge through experience.[5]  That empirical value covers a wide range of practices within the Syriac Book of Medicines.

The account of the Splendid Root was cut off in copying.  The account has the heading “Concerning the Splendid Root, and the answer of Dioscurus about the wonderful things that it does among men.”  Two men named Dioscurus were Coptic Christian leaders in Alexandria in the fifth and sixth centuries.  The Syriac Book of Medicines contains a first-person description of a snake-bite in Alexandria.[6]  It also describes human dissection, a medical practice historically associated with a medical school of Alexandria.  A fifth or sixth century Coptic Christian leader may well have been incorporated into the account as a legitimating authority.  However, a remedy that is closely associated with the Splendid Root is described as “in use among Persian physicians.”[7]  Moreover, the leading second-century Greek pharmacologist Dioscorides is mentioned several times in the Syriac Book of Medicines.  Perhaps Dioscurus is a corrupted reference to Dioscorides.  In any case, after copying the description of placing the root’s seed “in the nose of the man who is in the sight of the moon,” a copyist ended the account of the Splendid Root.  The account, as transmitted, contains nothing from Dioscurus.  Dioscurus may have been one element too far for the last copyist, an ardent Christian living near Mosul in 1894.[8] 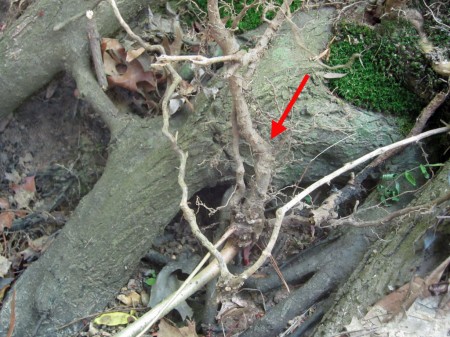 The economics of content bundling helps to rationalize the Syriac Book of Medicines.  In the vigorously competitive literary economy of first-century Rome, authors bundled styles, diction, and themes in creating works.  Disparate interests in a wide variety of content, lack of value depreciation by content association, and low marginal cost of content acquisition support content bundling.  Disparate interests in medical theory and practice was a recognized issue in Galenic medicine.  In medicine understood more generally, disparate interests included astronomy/astrology, the favor of god or gods, and spells conferring powers. In the ancient Islamic world, the absence of legal copyright and the presence of institutional support for copying made cost of content acquisition low.  Lack of value depreciation by content association can be interpreted as a diverse, tolerant culture, or a culture with weak forces of systemic reasoning.  The value of bundling depends on competition for attention to content identifiers representing commodity content, rather than to bespoke content.  The Syriac Book of Medicines’ scope is reasonable in the circumstances and culture that also produced the account of the Splendid Root.

[1] E.A. Wallis Budge handled the manuscript about 1890 near Mosul.  He judged it to be from the twelfth century.  He described it as a quarto, “bound in the thick brown leather covers of the period.” Budge (1913) v. 1, intro., p. xl.  The manuscript survived only from its third chapter.  I use Syriac Book of Medicines as a conventional name for the manuscript.  Budge gave the manuscript the lead title, Syrian Anatomy Pathology and Therapeutics.  The book’s description of the zodiac sketches its geographic scope of understanding.  Id. v. 2, p. 604.  For an Indian medicine, medicine “used by Indians,” and Indian ingredients, id. pp. 150, 152, 153, 180, 201, 265.  On Budge’s conceptual framework, see Becker (2005).  Id., pp. 183-8, asserts that the correct translation of the third part of the Syriac Book of Medicines is the Book of Topical Medicines.  As described subsequently above, the third section includes much more than topical medicines.

[2] Budge (1913) v. 2, pp. 708-710, provides the translation of the account of the Splendid Root.  All quotations above, unless otherwise noted, are from that source.  I have modernized the English in Budge’s translation and made a few other stylistic changes for ease of reading.  For liturgical passages I’ve retained Budge’s King James English.  At least a conceptual contrast between the two types of passages would have been apparent to twelfth-century Syriac readers.  In the title, Budge leaves untranslated the Syriac word Kahina (splendid) in the quasi-generic name of the root.  I use the translated name Splendid Root because the common meaning of the name was probably apparent to Syriac readers and is highly relevant to the account of it.

[7] Id. p. 705.  This remedy, which is recorded four remedies sequentially before the Splendid Root in the Syriac Book of Medicines, involves instrumentally killing a pelican.  In the Physiologus, a highly influential didactic text from Alexandria some time between the second and fourth centuries, the pelican is presented as a figure of Christ.  The Physiologus’s account of the pelican seems to have no trace in this remedy.

[9] Bhayro (2013) provides detailed analysis of the reception of Galen in the Syriac Book of Medicines.

[10] Budge (1912) notes some references to human dissection, Intro. v. 1, pp. clxii-iii.  Many others exist, e.g. id. v. 2, p. 127, “Moreover, since we have learned from the dissectors of the body that all these members are moved by muscles which receive nerves from the brain….”; id. p. 130, “Because you have learned from dissections that the nerves are sent forth from the spinal narrow into the whole face….”

Bhayro, Siam. 2013. “The Reception of Galen’s Art of Medicine in the Syriac Book of Medicines,” in Barbara Zipser (ed.), Medical Books in the Byzantine World (Bologna: Eikasmós), pp. 123-144.