The late-thirteenth-century Mirror of Simple Souls is an extraordinary document of rationalization. Humans alone among animals have the capability and propensity to rationalize their actions. Losing yourself in the love of God isn’t enough. You want to explain and justify your nothingness. That’s what the Mirror of Simple Souls does. Nothing to humans becomes much better when others understand how good it is.

The Mirror of Simple Souls features long arguments with personified reason. That’s much different from acting apart from reason or with indifference to reason. In the Mirror, the soul kills reason with an argument about the impossibility of limits on love.[1] Putting reason to death with argument is the ultimate in rationalization. 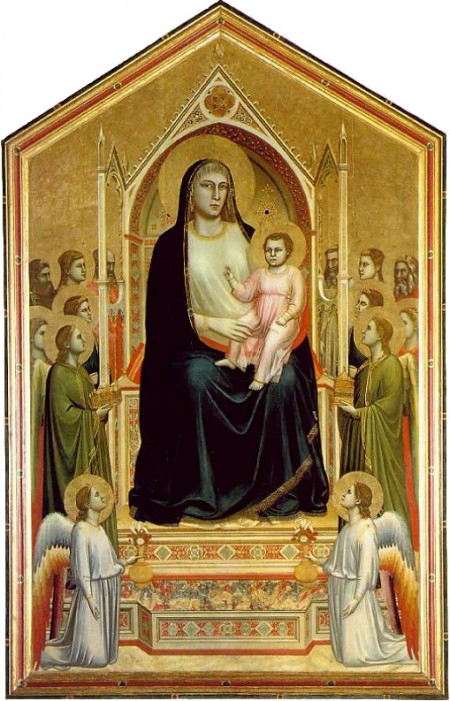 Taking seriously concern for reason in the Mirror of Simple Souls provides insight into its complicated manuscript history. In a chapter considering the Virgin Mary, the Mirror states:

I considered this lady {the Virgin Mary} at the Cross, present at the death of her child {Jesus}, there where the Jews were crucifying him all naked before her face. … Lady, truly, if there had been need, at that very hour you would have given your life, if they might have had forgiveness from God for this misdeed, but there was no necessity, for Jesus Christ was reconciling them so fully and with such anguish that he sufficed for everything. [2]

The Virgin Mary here appears willing to lay down her life to save the Jews. The scribe of the Chantilly manuscript, written about 1500, added in the margin, “Alas, note well, you proud ones.” The scribe’s point seems to be that vindictiveness is associated with the sin of pride. At the same time, the Mirror of Simple Souls emphasizes transcending the virtues. Within the primary message of the Mirror, the Virgin Mary would lay down her life to save the Jews because her worldly life was nothing, and she was one with Jesus.

Within the Mirror’s chapter on the Virgin Mary is another hypothetical, one concerning Mary’s virginity. The Mirror states:

I considered her {the Virgin Mary} in respect of her virginity; but I believe of her that if the whole world could have been saved by her means, if she renounced her state of virginity, she would have never thought for one instant of consenting, since Jesus Christ, in his goodness, by means of his death could do that.

That’s mystifying in comparison to the Virgin Mary’s willingness, in the Mirror, to die to save the Jews. The scribe of the Chantilly manuscript added in the margin, “Note well, good virgins.”

The original text of the Mirror of Simple Souls probably had the Virgin Mary willing to sacrifice her virginity. In comparison with the text concerning the Virgin Mary and saving the Jews, the most plausible text for the Mirror’s author would be:

I believe of her that if the whole world could have been saved by her means, if she renounced her state of virginity, she would have in an instant consented, but that was never necessary, since Jesus Christ, in his goodness, by means of his death could do that.

The Chantilly manuscript has been recognized to include changes that make it more doctrinally orthodox.[3] One Latin manuscript and the Italian manuscripts of the Mirror omit the clause “since Jesus Christ, in his goodness, by means of his death could do that.”[4] The Mirror, on the whole, gives no reason for attaching importance to the virginity of Mary. In the context of cherished beliefs about the Virgin Mary, scribes plausibly found reason to change the text of the Mirror.[5]

The interplay of love lyrics and simple theological ideas drives the Mirror of Simple Souls. Its last chapter declares:

Sometimes indeed it does happen that in the whole of a kingdom one could not find two creatures who were of one spirit, but when by chance it happens that two such creatures find one other, they declare themselves one to the other, unable to disguise themselves, for even if they wished to they could not, such is their state of spirit, their constitution, their way of life to which they are called, if they have not attained the peak or perfection of freedom. [6]

The sentiment “we were meant for each other” is not seriously theological. It’s a common love rationalization. It’s like imagining an excuse to lose your virginity. The Mirror of Simple Souls can be understood better if it’s read with less scholarly piety.