Aretalogy was common in the ancient world.  An aretalogy, broadly understood, is a series of anecdotes or claims centered on a single character and intended to praise virtue, instruct in virtue, or inspire to virtue.  An aretalogy isn’t necessarily factual and need not include the birth, death, or any other aspect of the character’s biography.  Accounts of the lives and acts of Christian apostles are examples of aretalogies that have survived from the second to the fifth centuries.[1]

An aretalogical fragment from the early Abbasid caliphate features the Christian physician Yūhannā ibn Māsawayhi.  He was born in Baghdad in 777 as the son of an illiterate Syrian orphan and a Slavonic slave girl.  Before moving to Baghdad, his father rose to work as a pharmacist for the illustrious physicians at the academy of Jundishapur in Persia and to acquire considerable skill as a physician.  Yūhannā ibn Māsawayhi himself became an eminent scholar and personal physician to four caliphs.  Caliph Harun al-Rashīd assigned to ibn Māsawayhi the task of translating ancient books found in the Byzantine cities that Muslim armies captured.[2]  Ibn Māsawayhi also served as a teacher to Hunayn ibn Ishaq, who played a major role in the transmission of Greek scientific literature into the Islamic world.  Ibn Māsawayhi thus read Greek well and was familiar with Greek literature.

In addition to being a Christian, an eminent physician, and a prolific scholarly author, ibn Māsawayhi was also known for caustic and sacrilegious repartee.  To a Christian priest who stated that he had already tried all of ibn Māsawayhi’s treatments for indigestion, ibn Māsawayhi angrily declared:

If you want to get better, convert to Islam, for Islam is good for the stomach!

To man who complained that he could not bear to abstain from certain foods in order to treat stomach scabs, ibn Māsawayhi exclaimed:

If this is so, go on eating them and scratching your belly, for if the Messiah came for you alone, you would not have benefited from his gospel, according to your own description of your evil soul.

You spend most of your time telling lies, and your lies lie at the roots of your sickness. How can you recover from a prolonged illness, while you yourself nurture it most of the time with lies that aggravate. Stick to the truth for three days, and I shall renounce my Savior if you do not recover before these three days are over. [3]

Ubn Māsawayhi had multiple wives, which was contrary to Christian teaching, and he addressed monks with the epithet “sons of fornication.”  Māsawayhi was thus known for being crude and impious.

Nonetheless, ibn Māsawayhi seems to have been the subject of an aretalogy.  Only a frament containing two stories apparently has survived.  As is common for Islamic sayings, the stories begin with a chain of authorities accounting for their transmission.  The stories are more detailed and less universally expressed than gnomes.  They come from the same source and are formally related.  They use the low-status activity of fishing as an occasion for instructing the caliph:

Yūsuf tells that Ahmad ibn Hārūn al-Sharābī told him in Egypt that, during the Caliphate of al-Wāthiq, al-Mutawakkil had recalled that Yūhannā ibn Māsawayhi once accompanied al-Wāthiq to a bench he had on the Tigris. Al-Wāthiq had a fishing rod with a hook which he cast into the Tigris but did not come up with a catch. He turned to Yūhannā who was on his right, and said: “O inauspicious man, get away from my right side.” Yūhannā replied: “O Emir of the Faithful, do not talk like that about the station of Yūhannā ibn Māssawayhi from Khuzistān, whose mother was Risālah the Slave, bought for eight hundred dirhams. This man was raised by good fortune to be the fellow drinker of caliphs, their night discourser, and close companion. This man was overwhelmed with the riches of this world, which he obtained beyond all his dreams. The owner of this great fortune cannot be inauspicious. But if the Emir of the Faithful wishes, I can tell him who is really an inauspicious person.” Al-Wāthiq asked to be told, and Yūhannā said: “This is the man who is the descendant of four caliphs, who received the Caliphate from God, but left it with its palaces and gardens to sit on a common twenty-foot bench in the middle of the Tigris, unprotected from the storm which might drown him, and to resemble the poorest and worst in the world, namely the fisherman.” Al-Mutawakkil then noticed that this speech was effective, although al-Wāthiq remained in his place.

Yūsuf reports, again in the name of Ahmad ibn Hārūn, that on the same day and on the same bench, al-Wāthiq said to Yūhannā: “O Yūhannā, does not this irregularity not astonish you?” Yūhannā asked: “What irregularity? and al-Wāthiq replied: “The fisherman waits for about an hour and catches fish to the value of about one dinar, and I sit here from morning to night and do not catch fish even for one dirham.” Said Yūhannā: “O Emir of the Faithful, your reasoning is faulty, for Allāh gives the fisherman his living through the fish, for this is the food for their families; the Emir of the Faithful, however, lives off his Caliphate, and is not in need of any fish. Were his living dependent on fishing, the fish would come to him the way it comes to the fisherman.” [4]

The impious Christian physician Yūhannā ibn Māsawayhi seems to be teaching the caliph from the text of the Canticle of Mary:

Allāh has put down the mighty from their thrones,
and exalted those of low degree;
he has filled the hungry with good things,
and the rich he has sent away empty. [5]

Mary, the mother of Jesus, is an important figure in the Qur’an.  The caliph was the commander of the (Muslim) faithful.  These stories are respectful of the caliph’s authority.  But they use the caliph as a foil to make general claims of God’s favor for the lowly.

The scorn of the mighty for the lowly was a commonplace in the ancient Greco-Roman world.  Men of virtue warned against such scorn. The Letter of James urges:

My brethren, show no partiality as you hold the faith of your Lord Jesus Christ, the Lord of glory. For if a man with gold rings and in fine clothing comes into your assembly, and a poor man in shabby clothing also comes in, and you pay attention to the one who wears the fine clothing and say, “Have a seat here, please,” while you say to the poor man, “Stand there,” or, “Sit at my feet,” have you not made distinctions among yourself and become judges with evil thoughts? [6]

The Story of Apollonius King of Tyre, a text which probably originated in the second or third century, includes similar teaching.  Apollonius scorns the greeting of his lowly subject Hellenicus.  Hellenicus nonetheless provides Apollonius with potentially life-saving information. Recognizing the value of that favor, Apollonius seeks to reward Hellenicus with money.  Hellenicus refuses to take the money and declares, “Among men of goodwill, friendship is not bought and sold.”[7]  That such instruction in virtue could work with even the impious Christian physician Yūhannā ibn Māsawayhi in the ancient Islamic world indicates the power of the aretalogical literary form. 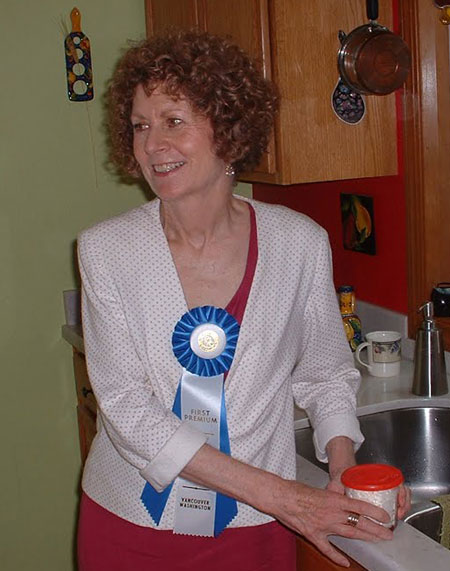 [1]  Whether aretalogy was a literary genre and, if so, what characterized an aretalogy, is contentious in the scholarly literature.  Kee (1973) reviews the issues.  The broad definition above largely sidesteps the contentious issues by including disparate forms.  Chreiai were valued in the ancient Greco-Roman world and the ancient Islamic world.  Aretalogy can be broadly understood as a thematic aggregation of chreiai.  This broad definition encompasses examples such as the Isis aretalogies, the Life of Apollonius of Tyana (who was well-known in the ancient Islamic world), and lives and acts of Christian apostles.

And finally the wise Jahja ibn Maseweih said, “Sleep in season brings the body to healthfulness.”

[4] HP pp. 339-40. Yūsuf refers to Yūsuf ibn Ibrāhīm ibn al-Dayā.  He was one of Yūhannā’s contemporaries.  See note [1].  Al-Mutawakkil was al-Wāthiq’s brother and became caliph after al-Wāthiq died.  Al-Mutawakkil’s role as a transmitter and observer suggests that he appreciated these stories.  The virtue that Māsawayhi displays is faith in the power and goodness of Allāh, who cares for the lowly.

[7] Apollonius 8, trans. Sandy (1989) pp. 741-2. Archibald (1991) p. 94 notes that Hellenicus’ rebuke of Apollonius for his rudeness attracted a marginal mark in some manuscripts, including a twelfth-century Latin manuscript.

Archibald, Elizabeth. 1991. Apollonius of Tyre: medieval and Renaissance themes and variations: including the text of the Historia Apollonii Regis Tyri with an English translation. Cambridge: D.S. Brewer.