In ninth-century Baghdad, the eminent litterateur al-Jahiz wrote learned, scholarly works on theology and learned, outrageously humorous essays on illicit practices.  Al-Jahiz reportedly suffered from sensitivity to cold food in his feet, and to hot food in his head.  He also reportedly suffered from paralysis and numbness on his left side, and inflammation and painful tenderness on his right side.[1]  Whatever was troubling al-Jahiz, it had sharply contrasting symptoms.

Al-Jahiz and the eminent physician Yūhannā ibn Māsawayhi squared off in a knowledge test.  They reportedly met in ninth-century Baghdad at a lavish dinner that the caliph’s vizier hosted.  They tested each other thus:

Among the dishes there was fish, followed by meat cooked in sour milk.  Yūhannā {ibn Māsawayhi} avoided mixing them. Said Abū `Uthmān {al-Jahiz}, “O Shaikh {respected teacher}, either the fish is of the same nature as the milk, or it is opposed to it; if they are opposed to each other, they are canceled mutually; if they are of the same nature, we may assume that we are eating one of them and continue until we are sated.” Said Yūhannā: “By Allāh, I am no philosopher, but eat, O Abū `Uthmān, and see what happens tomorrow.” Abū `Uthmān ate as an argument on his behalf, but during the night he was half paralyzed.  Said Yūhannā: “By Allāh, this is the consequence of an invalid syllogism.  Abū `Uthmān was led astray by his belief that fish and milk are of the same nature.” [2]

Al-Jahiz the litterateur argued based on linguistic logic.  Yūhannā ibn Māsawayhi the physician emphasized learning from practice and observation.  Al-Jahiz’s body suffered from his failing to recognize in words proper differences in nature.  Māsawayhi’s empirical method demonstrated its superior merit.  Of course, mixing fish and meat doesn’t actually cause any physical harm.  Moreover, the above story is almost surely fabricated.[3]

Battles between litterateurs and scientists continue.  But the outcome is certain.  Nature and truth will not be defeated. 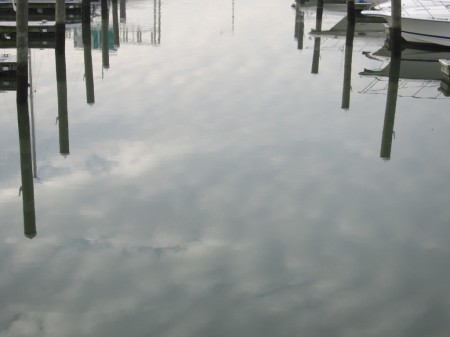 [1] Fihrist, trans. Dodge (1970) p. 399.  In the Fihrist, al-Nadim included al-Jahiz not among literary men but among theologians of Mu’tazilah.

[2] HP p. 347 (Ch. 8, entry for Yūhannā ibn Māsawayhi).  The transmitter of this story was ibn Butlān.  Ibn Butlān was skilled both as a rhetorician and a physician, but he could not establish sufficient social strength to overcome ibn Ridwān in a knowledge battle in eleventh-century Egypt.  Al-Jahiz wrote a book called Refutation of Medicine (Naqd al-Tibb).  Fihrist, trans. Dodge (1970) p. 407.  That work hasn’t survived.  Montgomery (2005)’s bibliography of al-Jahiz’s surviving works. Al-Rāzī wrote “a refutation of al-Jahiz’s refutation of medicine.”  HP p. 546 (entry for al-Rāzī).  Al-Jahiz lived 776-869; al-Rāzī, 865-925.  Al-Jahiz’s hostility toward medicine evidently was sufficiently influential to prompt a leading physician to write a book in response many years later.

[3] Among various indicators of fiction, ibn Abi Usaybi’ah attributed the story to ibn Butlān, who died c. 1068.  That’s roughly two centuries after the events of the story would have occurred.