Probably about the thirteenth century, the book Kalilah and Dimnah gained an additional introduction written under the name Ali ibn al-Shah the Persian.  Apart from this introduction, nothing is known about Ali ibn al-Shah, who may also have had the Persian name Bahnud ibn Sahwan.[1]  This introduction has been understood as presenting the theme “scholars are fundamental to society.”[2]  It is a truly fantastic narrative.

Ali ibn al-Shah’s introduction associates Kalilah and Dimnah with the shrewd trickery of world-conqueror Alexander the Great.  The introduction begins with an account of Alexander the Great conquering India.  The account is taken from pseudo-Callisthenes’ Alexander Romance.[4]  It describes Alexander craftily constructing molten brass cavalry to rout the Indian king’s elephants.  It also describes Alexander, in individual combat with the Indian king, tricking him into turning around and making himself vulnerable to Alexander’s mortal blow.  Such tricks are the type of behavior that many tales in Kalilah and Dimnah celebrate.  After his victory, Alexander set up a vicegerent to rule India.  The Indians subsequently revolted against the vicegerent and established their own king, Dabshalim.  Dabshalim ruled tyrannically.  According to Ali ibn al-Shah’s introduction, Kalilah and Dimnah originated from leading Indian scholar Baydaba’s response to Dabshalim’s tyrannical rule.

Fully recognizing the potential dangers and against the advice of his pupils, the scholar Baydaba resolved to tell King Dabshalim of his errors in ruling tyrannically.  Baydaba entered the King’s presence and deferentially prostrated before him.  Baydaba then remained silent.  The King broke the silence with lavish praise for scholars in general.  The King declared:

In my opinion, scholars have greater credit in the kingdom for their wisdom than monarch have for their governance.  Wise man are richer than rulers by virtue of their wealth of knowledge alone, while rulers are not richer than wise men by virtue of their material wealth alone.  …
He who does not respect scholars, show them the utmost generosity and reverence, recognize their superior importance, protect them in weakness and shield them from disgrace, must have lost his mind and forgotten the purpose of his life.  He has slighted the dignity of such wise men, and belongs back among the ignorant multitude. [5]

This speech isn’t well-motivated.  It seems to express in general terms the ambition and frustration of a scholar serving a king.  Ali ibn al-Shah may have been such a person.

King Dabshalim did not initially heed his own expressed opinion of scholars.  After the King’s opening speech praising scholars and after the King subsequently invited him to speak, Baydaba praised the King and respectfully reviewed at length virtues and ancient wisdom.  Then Baydaba stated:

you have not executed your duties truthfully and efficiently.  Instead, injustice has been the norm.  You have acted unfairly, arrogantly tyrannized your subjects throughout the kingdom, and thereby damaged your legacy among your people and made them live in unbearable fear.  It would have been more becoming of you to emulate your ancestors, and follow their path in governing this kingdom.  It would have been more appropriate had you emulated their good deeds and refrained from embracing shameful and dishonorable actions.  It is with kindness and care, not oppression, that you might have captured the respect of your people.

Baydaba concluded by declaring his loyal and disinterested service as a scholar and royal counselor:

I ask you, O King, to consider deeply what I have laid before you.  I must repeat that my intention was not to provoke you, nor to ask for relief from any private affliction.  I did not come before you to claim rewards for any good deeds that I have done.  I came to provide you with considerate advice that might be of great benefit to you.

The King was enraged.  He declared that Baydaba was insolent and insulting.  He ordered Baydaba to be executed by crucifixion.  The King later changed Baydaba’s punishment to being shackled and imprisoned.

The King subsequently regretted and reversed his treatment of Baydaba.  While pondering the stars, the King recognized his mistake.  He ordered Baydaba be brought back to court.  He then ordered Baydaba to repeat his previous (verbose and rather diffuse) discourse, “word for word, without omitting a single word or syllable.”  King Dabshalim then declared, “I will study what you have advised, and will follow your guidance.”  In addition, the King appointed Baydaba as his vizier.  Baydaba administered the kingdom well.  Order, stability and happiness prevailed.  Despite his heavy administrative duties, Baydaba also found time to teach pupils and write books.

This professorial fantasy developed further.  After Baydaba’s success as vizier, the King granted Baydaba a one-year sabbatical, with a generous stipend, to write a book immortalizing the King’s reign.  Baydaba wrote the book alone, in seclusion, with help from only one trustworthy pupil.  Baydaba dictated the text to the pupil, who served as a scribe.  The text doesn’t state that the pupil was a young, attractive graduate student, but that’s a reasonable assumption. Baydaba finished his book within the allotted year.  The King then declared that everyone in India must gather to hear Baydaba read aloud his new book.  The occasion was full of ceremony, dignity, and respect for scholarship:

{Baydaba} wore his ceremonial black habit of the Brahmins.  His pupil carried the book gracefully.  The crowd and the King were standing in gratitude for their Philosopher.

“Lift up your head, Baydaba.  This is a day of tranquility, happiness and pleasure,” the King declared, and bade him be seated and begin reading.  The King frequently interrupted Baydaba’s recitation to question him about the apparent or subtler meanings of each chapter.

With not explicitly stated in the text, no one fell asleep, talked about their own affairs, or texted friends during this long, scholarly reading.  Acclaim for the reading built up as it went on:

The more Baydaba read, the greater was the admiration and elation of the King.  When all was finished, the King addressed him: “Baydaba, for this magnificent task I will reward you generously.  You have satisfied my request beyond my wildest dreams.  Ask whatever you wish and it shall be granted!”

Kalilah and Dimnah doesn’t chronicle the great deeds of King Dabshalim.[6]  It’s a wisdom book of animal tales.  Ali ibn al-Shah’s introduction is about the wildest dreams, not of King Dabshalim, but of an unknown scholar. 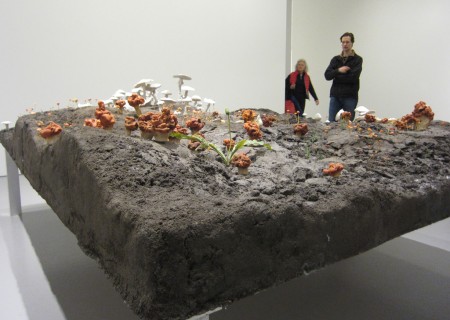 Ali ibn al-Shah’s introduction fantasizes a scholar justly achieving great public acclaim.  It celebrates scholars’ self-understanding of their own worth.  Telling the truth, like delivering bad news, is publicly important action. So too is offering reasoned advice against one’s own personal and professional interests.  Ideals of truthfulness and public service are easier to celebrate than to practice.

[2] In Jallad (2002), the relevant chapter is titled “Dabshalim the King and Baydaba the Philosopher / Ali ibn al-Shah al-Farisi / (Scholars are fundamental to society).”  Jallad’s translation is based mainly on Silvestre de Sacy’s 1816 Arabic text, as printed in Egypt in 1817 (Bulaq imprint).

[3] Jallad (2002), p. 49, translates the relevant text as “China, India, Persia, and Byzantium.”  Knatchbull (1819), p. 17, has “China, India, Persia, and Greece.”  I suspect that the term in the original text referred to the Greek-speaking world (Greek world).  That would signify both Alexander the Great’s Macedonian Empire and the Byzantine Empire.

Ross, E. Denison. 1927. “An Arabic and a Persian metrical version of Burzoe’s autobiography from Kalila and Dimna.” Bulletin of the School of Oriental and African Studies. 4 (03): 441-472.