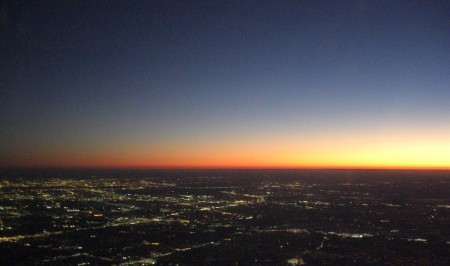 The moral situation in Spain in 1438 looked desperate to the Archpriest of Talavera.  He wrote:

since nowadays our sins increase and worsen daily, and our sinful life keeps on without visible improvement … and since one of the most practiced sins is lascivious love … such decadence has now come into the world that the underage boy and even the overage old man love women licentiously; the same goes for the young girl who does not know the ways of the world, whose natural maliciousness makes her seem older than she is; and the same for the old woman in whom the world is no longer interested …. Today both men and women know about sex and, worse, they practice it to such an extent that one is faced with an out-of-kilter world, since it used to be that a man of twenty-five years of age scarcely knew what sex was all about, nor did a woman of twenty.  But nowadays it’s not even appropriate to remark on the things a person observes all around, since it would be shameful to talk about them.  Consequently, it is quite evident that the end of the world is soon to come upon us.  Further, in respect to this sin, no one any longer adheres to custom or law or regards friendships or family ties or marriage: everything is going to hell in a handbasket, and getting worse. [1]

The Archpriest of Talavera wasn’t a dour complainer or a prudish cleric.  He apparently had detailed personal knowledge about the sins he discussed.[2]  His book includes outrageously funny stories.  One scholarly translator perceived, “the Archpriest is shaking with laughter a good part of the time, even as he wags a monitory finger.”[3]  Other scholarly translators of his work described him as:

a writer deeply involved in his age, interested in serious contemporary issues such as courtly love and the debate over free will and predestination, and also highly conscious of prose style [4]

The Archpriest of Talavera’s primary theme is simple:

the only true love is loving God and to love anything else is total deceit, windy rhetoric, and ridicule [5]

In the measure of mortal human life, the Archpriest of Talavera clearly was wrong.  The end of the world was not near.

[2] The Archpriest of Talavera declared:

don’t you believe that the man who wrote this is saying it to you because he only heard it … although a lot of reading is advantageous and sharp understanding helps, a lot of practice and experience in the real world is the best instructor in all things … {with respect to the reader putting into practice what the Archpriest of Talavera has written} I ask God since he’s straightening out his life that He will deliver me and that this will serve as contrition for some of my sins which I committed long ago