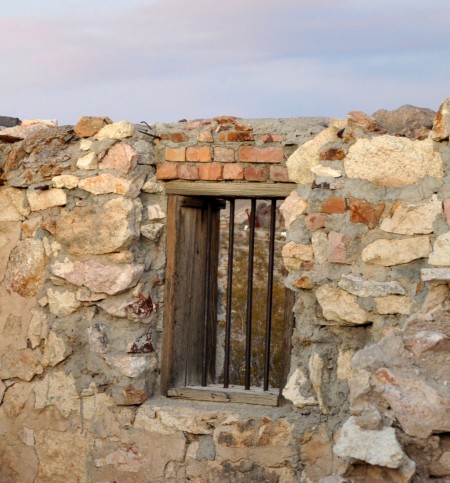 A prayer for release from incarceration has partially survived from the fourteenth-century Spanish work Libro de buen amor.  Even just a few stanzas from the prayer convey its anguish and its urgent pleading:

Oh Lord, who from the lions saved the Prophet at his cry,
Who saved St. James’s relics when the Gentiles’ grasp was nigh,
Who let not St. Marina in the dragon’s belly die,
Deliver me, my God, out of this prison where I lie.

Oh Lord, the lovely St. Susanna you did liberate
From false witness of the elders, with scorn and full of hate;
Deliver me, my God, out of this sorely anguished state,
Give me your mercy now, your wrath against me now abate.

Jonah the Prophet, too, out of the belly of the whale
Wherein he spent three days amid the ocean’s stormy gale,
You brought, as from a cozy dwelling, whole and sound and hale.
Saviour, save me without blame and pain from jail! [1]

Whether the author of Libro de buen amor actually was incarcerated is relatively unimportant.  Much more important is for readers to imagine the anguish and pain of persons incarcerated.  That’s particularly true in the United States.  The United States currently has an extraordinarily high level of incarceration within a practically lawless criminal justice system.

[1] Libro de buen amor, s. 3-5, from Old Spanish trans. Daly (1978) p. 21, with some minor changes that I’ve made.  The Old Spanish text is available online here.  For the last verse quoted above, Daly has “Saviour, save me without guilt or penalty from jail!”  The Old Spanish is “Mexías, tú me salva sin culpa e sin pena.”  From a Christian perspective, the salvation that Christ (the Messiah / Saviour) offers encompasses both guilt and penalty.  To convey a broader understanding of salvation, a literal translation of “e”, and a round-vowel-sound echo of the previous verse, I substituted, “Saviour, save me without blame and pain from jail!”  Stanza 4, verse 2 in Daly has “scorned and full of hate.”  Scorned refers to Susanna; full of hate, to the elders.  I’ve clarified the implicit references by using “with scorn” rather than “scorned.”

[image] adapted from photo of old prison window in Bullfrog Jail in the ghost town of Bullfrog, Nevada; thanks to Wikipedia and Finetooth.