Decameron II.7 has tended to be read as the story of Alatiel.  At a more sophisticated level, Decameron II.7 critiques gynocentrism and indicates a limit of socially constructed lies.  Despite Alatiel’s thousands of sexual encounters with eight men in the course of four years of travels, a socially accepted story transforms Alatiel into a virgin.  No socially accepted story, nor any scholarly work of post-modern social construction, can raise back to life the men who were killed about Alatiel during those four years.  Discursive power can only obscure men’s deaths.[1] 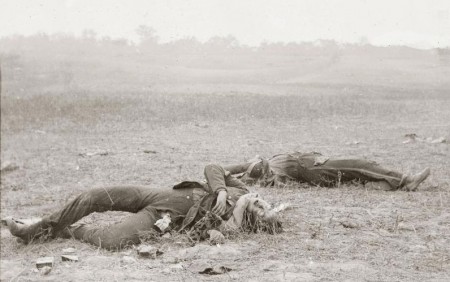 The Sultan had a daughter named Alatiel.  She was renowned as the most beautiful woman in the world.  The King of Algarve asked for the hand of Alatiel in marriage.  In recognition of the King’s service in fighting and killing other men, the Sultan agreed that the King could marry Alatiel.  Sending Alatiel to the King controlled the lives of many men sailors, women servants to Alatiel, and much wealth:

after having seen her {Alatiel} aboard a well-armed, well-equipped ship and having provided her with an honorable escort of men and women as well as with many elegant and expensive trappings, he {the Sultan} commended her to God’s protection and sent her on her way.

The men working the ship taking Alatiel to marry the King had far less social privilege than Alatiel had.

In an incident that narratively functions mainly to kill off men, the men on the boat rebelled against their social subordination.  A storm encompassed the ship.  After three days of being storm-battered, the ship began to break apart.  None of the commanding officers issued a discriminatory “women and children first” order.  The men sought to save their own lives:

It now became a case of everyone thinking only of herself and not others.  The officers, seeing no other means of escape, lowered a dinghy into the water and jumped into it, choosing to put their faith in it rather than in the foundering ship.  Right behind them, however, came all the other men on board, leaping down into the boat one after the other, despite the fact that those who had gotten there first were trying, knife in hand, to fend them off.  Although they all thought this was the way to escape death, they actually ran right into it, for the dinghy, not built to hold so many people in such weather, went down, taking everyone with it. [3]

The men’s affirmation of their own lives’ worth led to disaster because of conflict between men.  Only Alatiel and three of her ladies-in-waiting survived the shipwreck.

Decameron II.7 continues with horrific tales of violence against men.  A nobleman named Pericone da Vislago found Alatiel and her three servant ladies amid the wreckage of the ship on the shore.  Pericone fell in love with Alatiel despite their lack of a common verbal language.  He treated her as a woman of high privilege and repeatedly had sex with her:

she would no longer wait for an invitation to enjoy such sweet nights, but often issued the invitation herself, not by means of words, since she did not know how to make herself understood, but by means of actions.

Men being killed and Alatiel having sex with the killer of her former lover is the central pattern of Decameron II.7. Here’s a catalog of the men killed in Decameron II.7, along with the circumstances of their deaths:

Decameron II.7 ends with an affirmation of social myth-making.  After the series of episodes in which a man is killed and Alatiel warms to enthusiastic sex with her former lover’s killer, Alatiel returns to her father the Sultan.  Alatiel told her father and his court a story affirming her virtue and chastity.  Everyone, including the King of Algarve, believed Alatiel’s story.  Decameron II.7 ends with Alatiel and her husband living happily ever after in make-believe:

although she {Alatiel} had slept with eight men perhaps ten thousand times, she not only came to the King’s bed as if she were a virgin, but made him believe she really was one, and for a good many years after that, lived a perfectly happy life with him as his Queen.  And that is the reason why we say:

A mouth that’s been kissed never loses its charm,
But just like the moon it’s forever renewed.

Rather than being a traditional folk saying, that concluding, carefully crafted poetic couplet Boccaccio himself probably constructed.[4]  Like Alatiel’s story of her virginity, it serves popular will to believe.

Decameron II.7 is a satire of social myth understood romantically.  Even if everyone would believe any story she told, Alatiel could not tell a story that would return to life all the men who died around her.[5]  As Boccaccio surely recognized, only the Gospels offered such a story.  In Christian understanding, the Gospels told a very special story.

[2] The Islamic King of Algarve ruled the Mediterranean coast of North Africa and part of the Iberian peninsula (including part of present-day Portugal).  Rebhorn (2013) notes, p. 878, n. 4.

[3] Id., p. 136, translates the first sentence above with the sexist expression, “It now becoming a case of every man for himself ….”  The relevant original Italian, “avendo a mente ciascun se medesimo e non altrui ” (see Decameron II.7, s. 12 in the original Italian), is not sex marked.  I have substituted a modern non-sexist translation of that phrase above.

[4] The concluding couplet in Italian consists of end-rhymed hendecasyllabic lines. That’s the rhyme scheme of Petrarchan sonnets and Dante’s Commedia.  Boccaccio’s story provides the first recorded instance of the couplet.  Rebhorn (2013) notes, p. 880, n. 20.  The couplet is highly unlikely to have been an established folk saying in Boccaccio’s time. The couplet is surely part of the constructed satire of Decameron II.7.

By “undoing” all that has transpired since the initial shipwreck off Majorca, Alatiel returns the story to its starting point when a maiden set sail for the the kingdom of Algarve.  Thus, by means of her fiction, the lady is able to bring her saga full circle, giving the most perfect of all forms to her formless wanderings.  … The proverb {the concluding couplet} refers not only to Alatiel’s virginity, which is renewed with almost lunar regularity, but to this tale itself which is brought full circle by a convincing lie.

That’s forceful documentation of the invisibility of men’s deaths.  In an interesting article discussing how Decameron II.7 realistically reflects the economic and political complexity in the Mediterranean world in Boccaccio’s time, Kinoshita & Jacobs (2007) seeks to revivify “voices that have been lost, obliterated, or heavily overlaid.”  Exactly such an effort is needed for dead men generally.

[image] “Confederate soldiers as they fell near the Burnside bridge,” historic photograph of Alexander Gardner, taken just after the Battle of Antietam in the U.S. Civil War.  Thanks to the National Park Service.

Kinoshita, Sharon, and Jason Jacobs. 2007. “Ports of Call: Boccaccio’s Alatiel in the Medieval Mediterranean.” The Journal of Medieval and Early Modern Studies. 37 (1): 163-195.