British civil servants in colonial India were troubled by the prevalence of cobras.  Without drawing up a strategic plan or having a series of meetings to begin asking questions about possibilities for reducing the cobra population, some renegade British bureaucrats established a bounty for every dead cobra.  The industrious Indians began turning in to the British bounty-payers a large number of dead cobras.  The enterprising Indians did so by establishing cobra farms to raise a large number of cobras.  Without proper meetings and document production, the British then decided to stop paying bounties on cobras.  So the cobra farmers shut down their operations and released all their cobras into the wild.  The net effect of the British program to reduce the cobra population was to greatly increase the cobra population.  This story generated the term “Cobra Effect.”  However, some doubt whether the story of the Cobra Effect is true, because no documentary evidence exists of the British cobra bounty program. 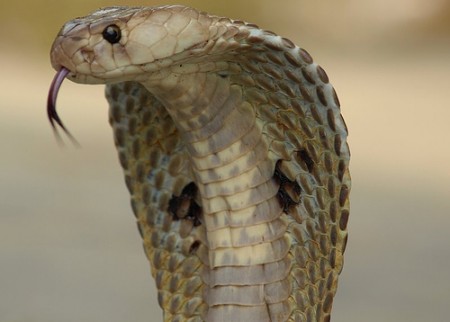 The bureaucratic lesson is obvious.  No new initiative should take place without a formal strategic plan, a large number of meetings, and the creation of an extensive documentary record.  More generally, an action can bring about the opposite result from the intended effect of the action.  That’s why world-class bureaucrats avoid doing anything if at all possible.  If you do something, the results could be worse than doing nothing.  If there’s any possible doubt about the effects of action, don’t do anything.  That’s the Bureaucratic Golden Rule.  The Bureaucratic Golden Rule is much more practically important than the Cobra Effect.

In other bureaucratic issues this month, Dick Lipton found a mistake on the wall of a Bell Phone Company exhibit at the 1964 New York World’s Fair.  The Bell exhibit was entitled “From Drumbeat to Telstar.”  It took visitors on a narrated, moving-chair ride through communications history from drumbeats and smoke signals to the Space-Age present.  While traveling through this exhibit, Lipton saw on the wall a part of the quadratic formula with a missing superscript for squaring b.  The letter b is the first letter in bureaucracy.  The Bell System, a leading bureaucracy, forgot to square the b.  Is it any wonder that the Bell System’s Picturephone, displayed at the 1964 New York World’s Fair, was a flop?

The real problem is that we’ve bought into the rhetoric and the arguments that an unauthorized use is an unacceptable use. As a result our online services have looked less like the public platforms we want, and more like policed spaces where any activity can be interrogated for its papers, please.

Kevin Poulsen reports that a guy has a trademark including the symbol pi.  The trademark owner had his lawyer send a cease-and-desist letter to a t-shirt seller who was selling t-shirts containing the letter pi.  The t-shirt seller then banned the use of the symbol pi on any t-shirt it sells.  If such actions continue, the effects on mathematics journals could be devastating.  The Carnival of Bureaucrats calls on a committee to be formed to study the question of the legal status of common use of the mathematical symbol pi.  Since trademark law is extremely complex, the committee should include leading bureaucratic lawyers from the trademark bar.  It should study the issue for a few years and produce detailed recommendations on how to deal with trademarks on pi and other mathematical symbols.