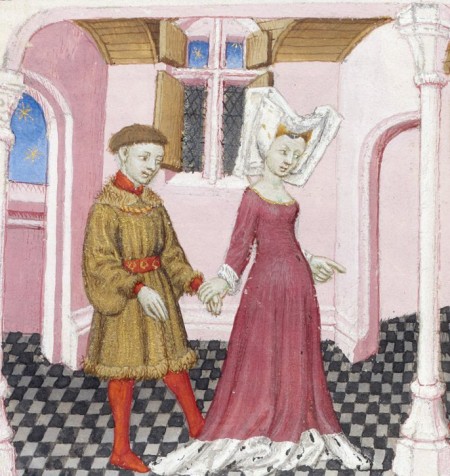 Alexander the Great ventured toward the territory of Candace, Queen of Ethiopia and former ruler of Egypt. Queen Candace was “a woman of remarkable beauty, in her middle age.” She was wary of Alexander the Great. She wrote to him:

Do not despise us for the color of our skin. In our souls we are brighter than the whitest of your people. We have eighty flame-throwers ready to do harm to those who would attack us. [1]

To dissuade hostility from Alexander, Candace sent him a lavish array of gifts: 500 young Ethiopians, 100 solid-gold ingots, ivory, pearls, elephants, chimpanzees, and many other precious goods. With additional cunning, Candace sent one of her courtiers, a Greek painter, to infiltrate Alexander’s camp and secretly paint a portrait of him. The painter succeeded in his covert mission. He gave the portrait of Alexander to Candace.

Alexander, with his own cunning, infiltrated in disguise Candace’s palace. Candace alone saw through Alexander’s ruse. When they were together in private, she addressed him as Alexander. He insisted that he was Antigonus, Alexander’s messenger. But Candace showed him the portrait by which she recognized him to be Alexander. Alexander the Great trembled, knowing that he had been caught in the power of Candace. With wisdom she counseled him:

You who have destroyed the Persians and the Indians, who have taken trophies from the Medes and Parthians, who have subdued the whole East — now, without a single battle, you have become the prisoner of Candace. Know this then, Alexander, that no matter how clever a man may be, another will be able to outwit him. Now Candace’s cunning has outstripped even Alexander’s intelligence. [2]

Alexander was furious. Candace taunted him:

What can you do? You who were such a great king have now fallen into the hands of a single woman.

With the motherly address, “do not fret, child Alexander,” Candace promised to preserve Alexander’s disguise. When Candace’s men wanted to kill Alexander disguised as the messenger, she and the disguised Alexander together arranged to trick the men. After spending some time with Candace, Alexander moved on to other adventures.[3]

In France about the year 1300, the Mirror of Simple Souls adapted the story of Queen Candace and Alexander the Great. The middle-aged Queen Candace became a damsel, a king’s daughter. This damsel was “great-hearted and noble and worthy of heart.” But she wasn’t clever. She was status-seeking and self-centered:

this damsel heard tell of all the graciousness and nobility of King Alexander, and at once she wanted to love him for the great fame of his gentle breeding. [4]

His fame alone was sufficient for her. But there was a difficulty with this love:

this damsel was so far off from this great lord, on whom of her own will she had set her love, that she could neither see him nor possess him; and because of this she was often sad at heart, for no other love than this sufficed for her.

The damsel couldn’t have the man she wanted. So she created an image of the man:

she thought to herself that she would comfort her sorrowful heart by making some imagined likeness of her loved one, for love of whom her heart was many a time sorely wounded. So she had a picture painted to represent the likeness of the king whom she loved, as near as she could to the appearance under which she loved him, by the affection of the love by which she was overcome; and by means of this picture and of her other rites of love she could imagine that the king himself was present.

A teen-aged girl in love would understand this tale.[5] The story of Candace and Alexander became in the Mirror of Simple Souls an allegory for the simple soul’s simplicity and self-absorption.

Love by hearsay was a common motif in European courtly literature of the twelfth and thirteenth centuries. It had an influential source in Cicero’s De Amicitia:

there is nothing more lovable than virtue, nothing that more allures us to affection, since on account of their virtue and uprightness we feel a sort of affection even for those whom we have never seen. [6]

In Candace’s love by hearsay for Alexander, the Mirror of Simple Souls substitutes for virtue abstract ideas of nobility (“graciousness,” “gentle breeding”). Love by hearsay with this substitution becomes less connected to acts and more connected to being within the lover’s own imagination.

Stories of cunning have been more popular historically than stories of imaginative self-absorption. The story of Queen Candace and Alexander the Great in the Alexander romance evoked the cunning of Odysseus in Homer’s hugely influential epics. The trickster motif more generally is attested in popular tales throughout history and around the world. In medieval France, fabliaux recounted cunning across a wide range of circumstances. Boccacio’s Decameron with more literary sophistication celebrated similar character.

The Mirror of Simple Souls, in contrast, anticipated the imaginative self-absorption of early nineteenth-century Romantic poetry. The Mirror’s theological ideas are common. The Mirror doesn’t reveal any particular mystical experience.[7] With aggressive self-promotion, the Mirror achieved considerable distribution. Dozens of manuscripts of it were probably produced, with fourteenth-century translations into at least three languages.[8] What makes the Mirror of Simple Souls interesting is others’ interests in it.

[1] Greek Alexander Romance III.18, trans. Stoneman (1991) p. 136. Flame-throwers would blacken the skin of attackers in a deadly way. On Candace’s skin-color, see above illumination in a European manuscript. In the Bible, Acts 8:27 describes the Candace of the Ethiopians, where Candace means “queen.”

[3] Alexander had a close relationship with his mother. Candace, however, did not always remain a mother figure to Alexander. Various medieval versions of the Alexander Romance adapted the relationship of Candace and Alexander in various ways. The ninth-century Byzantine chronicler George the Monk (George Hamartolus) had Alexander marry Candace in appreciation for her “cunning and devious intelligence.” Trans. Stoneman (2012) p. 30. In the twelfth century, Alexander of Paris (Alexander of Bernay) wrote a romance of Alexander in French verse. In that romance, Candace and Alexander spent half a day of pleasure together in bed. Then Alexander left. Thomas of Kent (Eustache Kent) in the twelfth century also wrote an Alexander romance, Roman de toute chevalerie. That version features a love affair between Candace and Alexander, but includes warnings in the tradition of the literature of men’s sexed protests. Roman de toute chevalerie was the basis for the thirteenth-century Middle English romance Kyng Alisaunder.

[5] Kocher (2008) struggles to find complex significance in this prologue:

the Prologue is, for all its complexity, a deceptively small and easily opened door into the vast edifice of the text. … It is a modest, somewhat cautious beginning to a text whose later wording is not so cautious. The Prologue makes no attempt to introduce features of the Mirror that are controversial or difficult to understand

ll. 165-9, trans. Elliott (1984) p. 110. According to the thirteenth-century vita of the troubadour Jaufré Rudel, he fell in love with the countess of Tripoli after hearing travelers’ reports of her.

if the text is read aloud, listeners will hear most of its central ideas in virtually any thirty-minute period. … The major points appear over and over, in varying formulations and metaphors.

[8] The Mirror has survived in “at least sixteen complete or partial versions”; “it appears as if dozens of copies of the Mirror were bobbing up continually in the seas of late-medieval western Europe like unsinkable corks.” Kocher (2013) p. 25; Lerner (2010) p. 116. Dronke (1984), p. 202, called Marguerite Porete, to whom the Mirror has come to be attributed, “the most neglected of the great writers of the thirteenth century.” In the past three decades, many scholarly articles have addressed Marguerite’s work.

Asaro, Brittany. 2013. “Unmasking the Truth about Amor de Lonh: Giovanni Boccaccio’s Rebellion against Literary Conventions in Decameron I.5 and IV.4.” Comitatus: A Journal of Medieval and Renaissance Studies. 44 (1): 95-120.

11 thoughts on “Candace & Alexander the Great: from cunning to inwardness”