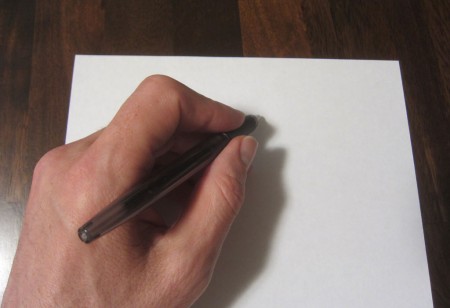 In the eighth century, the caliph was enjoying the company of a slave girl in a desert camp. He noticed that the girl, even in that pre-iPhone era, wasn’t paying attention to him. She was listening intently to a far-away singer. The caliph recognized the fundamental biological problem:

Scholarly failure, however, produced horrendous violence against men. Seeking to ascertain the population of men singers, the caliph, evidently a proponent of data-based policy-making, dictated an order: “count them.” Inscribing the caliph’s order, his secretary with a faulty action of the pen added a dot under an Arabic letter in the word for “count.” That dot changed the order from “count them” to “castrate them.”[2] An orthographic mistake thus produced mass castration of men singers in the early Islamic world.

Folk literature contested the value of scholarly learning in relation to castration. The 1001 Nights includes a story about a school teacher. The school teacher was cultured and sophisticated. He had knowledge of grammar, philology, jurisprudence, and poetry. Undoubtedly he was also an expert in orthography. One night, a guest at the teacher’s home discovered him in the wives’ quarters. He was unconscious and bleeding profusely. The guest revived the teacher and inquired about what happened. The teacher explained:

My brother, after I left you, I sat thinking about the works of Almighty God, and I said to myself: “Everything that God has created for man serves a useful purpose. He has made hands to apply force, feet for walking, eyes for seeing, ears for hearing, the penis for copulation and so forth and so on. These two testicles, however, serve no useful purpose for me.” So I took a razor that I had by me and cut them off, and this is what happened to me. [3]

The lesson is obvious: thinking too much can lead to castration. Even just attending college in the U.S. can now have that effect.

A companion of the Islamic prophet similarly jested about scholarly learning. A man asked this Muslim authority “whether touching the penis violates one’s pure state and obligates the devotee to perform ablutions.” The Muslim authority responded: “If you think it’s contaminating, cut it off!”[4] A penis is not intrinsically evil, dirty, or contaminating. Thinking otherwise is foolish and hateful. That was the point of the Muslim authority’s jest.

[2] The singers castrated were known as mukhannathūn (effeminates).Names of the castrated singers usually include al-Dalāl, who had considerable fame. The literature includes responding quips from the mukhannathūn:

Id. p. 691. In the Encyclopedia of Islam, 2nd ed., the entry for Khāsī (by Charles Pellat) states of this story:

despite the traditions which tend to make it an historical fact, the whole account is, by all appearances, nothing other than a pleasing anecdote, forged to provide evidence of the inconveniences of the Arabic script

I’m grateful to Geert Jan van Gelder for pointing me to this story in response to my post on Sincopus’s story of castration.