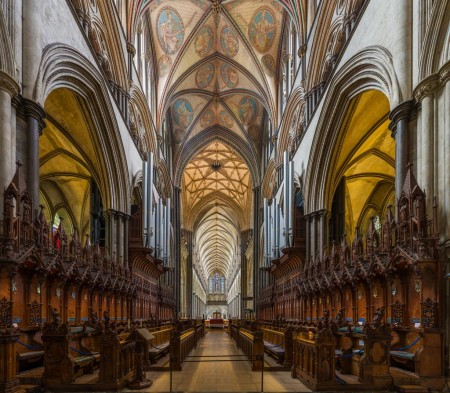 I lately took a bit of rest during my many troubles, the occasion of which you know; but I did not spend this time in complete idleness. Rather, to put down pride, the chief of all vices, I undertook to write, as best I could, something about the vileness of the human condition. This little work I have dedicated to you, asking only that if your keen mind find in it anything worthwhile, you attribute all to divine grace. Yet if your lordship approve it, I will henceforth, with Christ’s favor, describe also the dignity of human nature; so that, as in the present work the proud man is brought low, in that the humble man will be exalted. [1]

The text that Lotario dedicated to Peter — De miseria humanae conditionis (On the misery of the human condition) — is a woeful treatise. It contains:

Lotario probably wasn’t seeking to immerse his friend and colleague in misery. Misery is only part of the design. In the prologue, Lotario explicitly presents himself as humble. Moreover, he planned another, complementary work that would exalt the dignity of human nature. Humiliating the proud and exalting the humble is a theme of Mary’s Magnificat and a pattern of Jesus’s life. From an all-encompassing perspective, De miseria humanae conditionis has an elegant design. Its appeal is reflected in its reception: it was a widely disseminated and highly influential medieval and early modern text.[2]

Lotario was concerned with words and with acting in the world. Lotario, who was from a wealthy family, explained:

How many magnates are in need, and how much, I myself frequently experience. Wealth thus makes a man not rich, but poor. [3]

Lotario’s lived experience connected to his rhetorical contrast. Lotario’s experience among the elite of the Roman curia apparently shaped his figures of vanity and prompted personal meta-commentary:

“All things are vanity, as is every man living.” For what is more vain than to comb the locks, paint the face, smooth the hair on the head, rouge the checks, elongate the eyebrows, when “Favor is deceitful and beauty is vain.” … But let me pass over the adornment of the person, lest I seem to be attacking some men more in malice than in truth.” [4]

there will be no order in quality: they will all be plunged from icy water into unbearable heat, so that the sudden extremes will inflict a more dread torment. For I have found from experience that if one who has been burnt applies cold, he feels a more burning pain. [6]

Lotario considered carefully the order of words in relation to truth. He recounted a scholastic exemplum:

Once a certain philosopher, wishing to ridicule the arrogance of a certain king, when he saw him sitting up high on the royal throne, fell down on the earth and worshiped him as a suppliant. And then all of a sudden without invitation he went up and sat beside the king. The king was amazed, and knowing that the man was a philosopher demanded the reason why he had done this. Whereupon the philosopher replied: “Either you are God or you are a man; if God, I must worship you; if a man, I may sit beside you.” But the king, turning the philosopher’s answer against him, retorted: “But then, if I am a man, you must not worship me; if God, you must not sit beside me.” The philosopher replied wisely, but the king cleverly outmaneuvered him. [7]

Such wisdom and cleverness wasn’t for Lotario merely a human technique to pursue human ends. Arrangements and re-arrangements of words in exploring truth forms the elegant verbal design of De miseria humanae conditionis.

Death is called a meeting, because Christ comes to meet the soul.

Profit in the bank, loss in conscience; you capture money, but you take your soul captive.

Their nervousness makes them depressed, and their depression makes them nervous.

The de contemptu mundi tradition of the century or two before Lotario stressed withdrawal from the world and secular affairs. De Miseria more accurately describes the contents of this treatise, one which is admittedly one-sided, stressing the misery of the human condition but consciously reserving the dignity of human nature for a treatise to be written later. It is a treatise, moreover, which does not call for withdrawal to a monastery.

Lotario was born in 1160 or 1161 within the powerful Roman Conti family. His father was Count Trasimund of Segni. Lotario studied under leading scholars at the leading universities of Paris and Bologna. In 1190, when he was about 30, Lotario’s uncle Pope Clement III made him a cardinal-deacon. When Celestine III became Pope in 1191, Lotario was not relieved of his duties as a cardinal. Moore (1981) p. 554. Cf. Dietz & Howard (1969) p. xxi.  Lotario wrote De miseria humanae conditionis in 1195. In 1198, at age 37, Lotario became Pope Innocent III. Patrologia Latina includes many writings of Lotario dei Segni / Pope Innocent III.

Peter Gallocia (Galluzzi) was born about 1125 in Rome. In 1188, Pope Clement III made him a cardinal-deacon. In 1190, Gallocia became cardinal-bishop of the Diocese of Porto and Santa Rufina. Under the leadership of his long-time friend Lotario dei Segni / Pope Innocent III, Gallocia became Dean of the Sacred College of Cardinals in April, 1206.

[2] About 672 manuscripts of De miseria humanae conditionis have survived. Through the mid-seventeenth century, about 52 editions had been printed. By the end of the seventeenth century, it had been translated into Dutch, English, Flemish, French, German, Irish, Italian, and Spanish. It was widely read and quoted, and greatly influenced other writers. Lewis (1978) pp. 3-5. De miseria humanae conditionis has far more literary importance than merely as a source for Chaucer’s The Man of Law’s Tale.

[5] De miseria humanae conditionis 3.9 (“On the fire of Hell”). A structural feature of punishment in Dante’s Inferno is contrapasso: punishment physically fitted to the sinful act. Armour (2000) traces contrapasso to Dante from Aristotle through Robert Grosseteste, Bishop of Lincoln, Albert of Cologne and Thomas Aquinas, but ignores Lotario dei Segni.