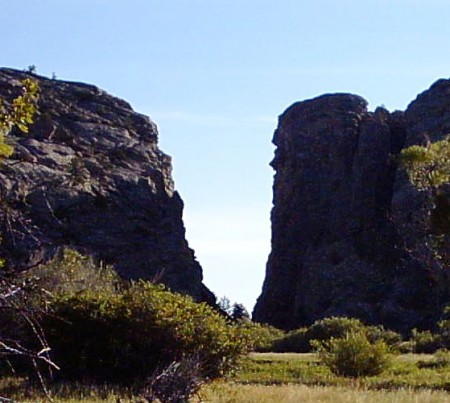 In a treatise addressed to “you … best beloved sisters {sorores dilectissimae}” about the year 200, the Christian writer Tertullian vigorously disparaged women’s fancy apparel. Tertullian understood pride as the preeminent sin. His beloved sisters apparently wore necklaces and anklets of gold, emeralds and pearls, and embroidered fabrics colored with expensive dyes. Tertullian’s beloved sisters must have been very wealthy, high-status women. He served them a heaping plate of humble pie:

You are the devil’s gateway. You are the unsealer of that prohibited tree. You are the first deserter of the divine law. You are Eve who persuaded Adam whom the devil was not valiant enough to attack. You destroyed so easily God’s image, the human being. On account your merit — that is, death — even the Son of God had to die. Nonetheless, you think about adorning yourself beyond your tunics of animal skins?

Those words could easily be interpreted as being vicious and hateful. We who are morally far superior to Tertullian could feel pride that we would never write anything like that. Tertullian’s work in general uses extravagant rhetoric that would not be acceptable in our less tolerant age.

In medieval Christian Europe, Giovanni Boccaccio, a literary genius not prone to sanctimony, responded outrageously to Tertullian’s outrageous rhetoric. A humble sense for men’s common carnal interest suggests that the devil that enters the “devil’s gateway” is a man’s penis. Boccaccio created for his fellow Christians and anyone else interested in entertaining tales the story of the hermit Rustico and the beautiful girl Alibech. Rustico taught Alibech how to “put the devil back into Hell.” Alibech enjoyed immensely that activity. In our current age of intense concern for verbal orthodoxy, Boccaccio’s medieval stories show more liberal possibilities for understanding.

The above quote is from Book I, Ch. I.2 of Tertullian’s treatise On the Apparel of Women {De cultu feminarum / De habitu muliebri} from Latin translated by Rev. S. Thelwall. In Book I, Ch. II.5 of that work, Tertullian declares:

You women yourselves have the same angelic nature promised as your reward, the same sexual being as men, the same advancement to the dignity of judging.

Tertullian apparently was like Jerome in implicitly affirming women’s ability to understand sophisticated rhetoric. At the same time, Tertullian’s Christian teachings undoubtedly presented serious challenges to prevailing ways of life for both women and men. Little is known about Tertullian’s life. But Jerome clearly had intense concern for women and a strong following among women.

Modern scholars commonly regard Tertullian’s On the Apparel of Women as misogynistic. Jon Huckins provides an example of a typical current response to Tertullian referring to his “best beloved sisters” as “the devil’s gateway.”

Since the market tends to promote extreme consumerism in an effort to sell its products, people can easily get caught up in a whirlwind of needless buying and spending. … Obsession with a consumerist lifestyle, above all when few people are capable of maintaining it, can only lead to violence and mutual destruction.

Para. 203-4. Unlike Tertullian, Pope Francis emphasized the effect of consumerism on the earth’s natural environment. But like Tertullian, Francis began with a figure implying humility:

We have forgotten that we ourselves are dust of the earth (cf. Gen 2:7); our very bodies are made up of her elements, we breathe her air and we receive life and refreshment from her waters.

A more sensational figure of humility is inter faeces et urinem nascimur (“we are born between feces and urine”). That phrase has been widely mis-attributed to Augustine of Hippo. It was probably minted in the nineteenth century. The attribution to Augustine is consistent with modern stereotyping of Augustine’s thought. The phrase, liberally construed, is consistent with biological reality and Christian theological understanding of original sin and the necessity of baptism. Like the devil’s gateway and the joy of putting the devil back into Hell, recognizing the biological reality of human birth can point to humane appreciation for fullness of embodied life.

In his widely misinterpreted Il Corbaccio, Boccaccio referred to heterosexual intercourse as a woman wanting to “put the devil in the oven {infornare il malaguida}.” Il Corbaccio, section 287. The devil here similarly refers to a man’s penis. While Boccaccio’s figure of the penis as the devil disparages men, Boccaccio wasn’t anti-meninist. Boccaccio cared deeply about men’s lives.

[image] Devil’s Gate, Wyoming. Photo released to the public domain thanks to Ryan Reeder and Wikicommons.