The fourteenth-century Welsh poet Dafydd ap Gwilym addressed his penis in poetry. If even noticed, the criminalization of men’s sexuality tends to be seen as a bizarre aberration of twenty-first-century elite culture. Yet that tendency in law can also be perceived in this penis poem from fourteenth-century Wales. Dafydd ap Gwilym began his penis poem with forthright recognition of the force of law on his penis:

By God, cock, there’s need to keep you
Under guard with eye and hand,
Stiff-headed pole, with this law-suit,
Even better from now on.
Cunt’s net-float, because of complaint,
Needs must your snout be snaffled
To keep you from being indicted
Again. [1]

Old French fabliaux disparage and devalue men’s genitals. The thirteenth-century account of the nun of Watton shows relatively little concern about viciously castrating a man for nothing more than having consensual sex. Embracing social disparagement and legal suppression of men’s genitals, Dafydd ap Gwilym subtly created a counter-melody proclaiming the value of his penis:

The phrase “loathsome rolling-pin” explicitly signals contempt and implicitly vicious violence. Horns are associated with the devil and cuckoldry. But horns are also associated with strength and plenty. A sceptre is a kingly sign, while a lid-bolt performs a common function. For noble women, men’s sexuality is a New Year’s gift.

Noble women eagerly waiting for the coming of a New Year must fight against disparagement and criminalization of men’s sexuality. Dafydd ap Gwilym’s poem ends with poignant irony in addressing his penis:

You are a trouser-problem personified,
suede-necked, gander-glide,
congenital liar, pod from which indecency has sprung,
nail on which injunctions are hung.

Now you’re once more been brought to book
you should bow your head, you children’s dibbling-hook.
It’s so hard to keep you in check,
you pathetic little pecker-peck.
Your master will stand in the dock because of you,
because you’re rotten through-and-through. [2] 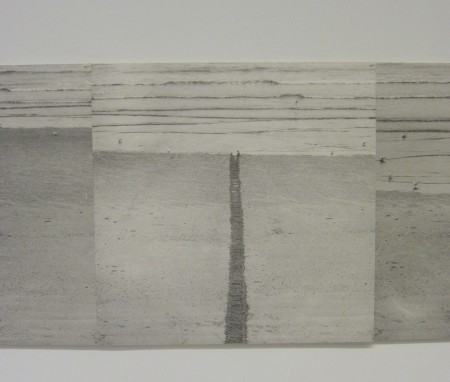 Gwerful Mechain’s medieval Welsh vagina poem shows sharply contrasting public values. She begins by complaining that poets praise all of a woman’s body except “the place where children are conceived.”[3] That’s because most men lack the boldness to affirm the center of their sexual interest. Predating the Vagina Monologues by nearly half a millennium, Gwerful Mechain’s poem lavishly praises the vagina:

You’re a piece with unfailing power,
a faultless court of fat’s plumage,
Here’s my credo: the quiff is lovely,
Circlet of broad-edged lips,
Dingle deeper than hand or ladle,
Trench to hold a two-handed prick,
Cunt there next the full-cheeked rump,
Songbook with red facing pages. [4]

Gwerful Mechain’s vagina poem isn’t famous. It doesn’t need to be. Versions of it run naturally through primates’ minds.

In a poem complaining about jealous wives, Gwerful Mechain declared women’s sexual interest in a “bigger than average cock.” She boasted, “every big-cocked lover is after me.”[5] Then she complained that women with such men value them too highly. According to Mechain, a wife values a “big prick” more than her father, her wealth, her clothes and jewelry, her mother, her brothers, her sister, and all her possessions. Old French fabliaux describe men being valued merely for their penises.  Mechain’s poem emphasizes that demeaning of a man’s person. She doesn’t praise even just the penis. She complains that other women value men-penises too highly.  In broad historical and evolutionary perspectives, her claim isn’t credible.

Creating public value for the penis equal to that of the vagina is probably beyond the power of poets. But reducing the vastly disproportionate imprisonment of men should be attempted.

[2] Trans. Muldoon (2009) p. 113. Muldoon’s translation is livelier than Clancy’s. Johnston claims in his preface to the poem that it is “in fact an elaborate means of boasting the poet’s sexual process.” Johnston (1991) p. 29. That perspective lacks appreciation for the legal context of the poem. Johnston’s introduction makes clear that he is a modern-day Suero de Quinones.

[4] Id. trans. Clancy (2003) p. 339. Id. titles this poem Vivat Vagina and the previous poem, Reproach to his Penis.  The actual Welsh titles are symmetric and less descriptive. For clarity, I’ve replaced above the second line in id., “The feathered crutch’s flawless court,” with the corresponding verse translation from Johnston (1991) p. 43.

[5] Gwerful Mechain, I Wragedd Eiddigeddus (To Jealous Wives), from Welsh trans. Johnston (1991) pp. 37, 39. Johnston, underscoring the women-are-wonderful effect, laughably declares that the poem is “a subtle but clear proclamation of female sexuality.”