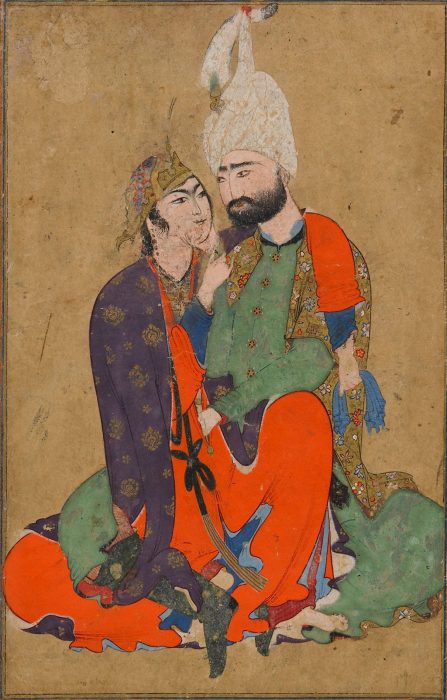 Under the heading of gender equality and development, international organizations today prioritize educating women and girls. That makes about as much sense as prioritizing violence against women. In the medieval Islamic world, highly privileged women promoted men’s education.

Princess Ismah was a highly privileged woman in the medieval Islamic world. The daughter of a sultan, she married Caliph al-Mustazhir about 1108 GC. Two years after that marriage, she took up residence with the Caliph in the Caliphal Palace in Baghdad. She apparently was in no rush to be with her husband, nor he, with her. She was known as a “highly intelligent woman, an aristocrat and a virago.”[1] One suspects that the Caliph married a virago for the political power she brought to him, the nominal ruler of the Islamic world.

Princess Ismah made an important contribution to men’s higher education. After Caliph al-Mustazhir died, she returned to her native city of Isfahan in present-day Iran. There she founded a law college. In a work written shortly before 1258 GC, the Baghdadi historian Ibn al-Sa’i, who had served as the librarian of two great law colleges in Baghdad, noted of the law college that Princess Ismah founded in Isfahan:

This was the biggest law college in the world. She endowed it for the followers of Abu Hanifah — God show him mercy. I hear that nowadays it has become very run-down — it has no door and is uninhabitable.

Perhaps her law college grew too quickly. Like all bureaucracies, colleges have difficulty in making sustainable growth choices. Nonetheless, Princess Ismah deserves credit for her contribution to men’s higher education.[2]

Princess Saljuqi was another highly privileged woman in the medieval Islamic world. She was the daughter of the ruler of Anatolia. She married Caliph al-Nasir in 1186 GC. Right after her betrothal to him, he brought her to live with him:

He then sent an escort to bring her to Baghdad, consummated the marriage, and gave her priceless jewels and gifts fit for caliphs and kings. [3]

Al-Nasir was so grief-stricken at her passing that he could not eat or drink for days. For many years her house was left just as it was, with all of its draperies and furnishings intact; it was never opened, nor was anything ever taken from it.

The site of Princess Saljuqi’s grave became an institution for public education. A mausoleum was completed for her only after her burial. The completed mausoleum included a public library:

A library of valuable books was installed there by bequest in perpetuity, to be lent against a deposit.

The most important learning for men is women’s love for them. The library at Princess Saljuqi’s mausoleum is a poignant monument to men’s education. Elite women across the world should consider establishing such libraries at their gravesites.

[2] Women may have also studied at the law college. Women probably borrowed books from the library at Princess Saljuqi’s mausoleum. The focus of this post, however, is men’s education.

[3] Consorts of the Caliphs, entry for Saljuqi Khatun, trans. Toorawa (2015) p. 117. The subsequent two quotes are from id. Next to Princess Saljuqi’s mausoleum, Caliph al-Nasir established for Sufis “a splendid lodge with a large inner court”:

He had a pleasant orchard planted in front of it, overlooking the Tigris and irrigated by a waterwheel that drew from the river. … He also arranged for someone to perform the hajj every year on her behalf; for quantities of alms to be handed out on the pilgrimage route to Mecca, including water, provisions, clothing, sandals, and medicine for the sick; and for a number of devout and virtuous persons to be sent on the hajj.

Id. pp. 117-8. Princess Saljuqi was memorialized not just with concern for men’s education, but also with Islamic piety and care for the poor, the sick, and pilgrims.