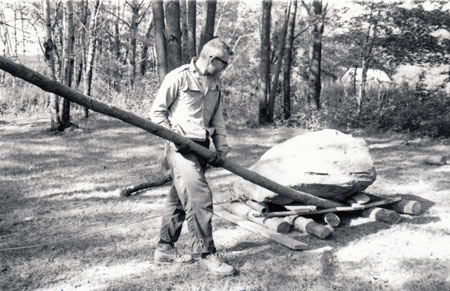 The World Bank’s World Development Report 2012, entitled Gender Equality and Development, addresses gender equality in a way so widely supported and so beyond criticism that one can only laugh heartily, or tremble mightily for the future of the world. The very first paragraph of this prestigious publication’s summary states:

in a third of all countries girls now outnumber boys in secondary school.  And more young women than men attend universities in 60 countries. Women are using their education to participate more in the labor force: they now make up for 40 percent of the global labor force and 43 percent of its farmers. Moreover, women now live longer than men in every region of the world. [1]

Given this recognition that men are falling behind women in formal education in many countries, what recommendations does the World Bank make to improve the attractiveness of formal education to boys and men?

Given that women are now participating more in the labor force, what is the World Bank doing to improve opportunities for men to drop out of the paid labor force to do non-market work for their families and for volunteer organizations?

In many countries, men are awarded custody of children much less frequently than women are.  Children to most persons are much more important work of their lives than their labor market jobs.  What is the World Bank doing to address gender inequalities in child custody?

[1] The full text of Gender Equality and Development is available for free online.

[2] Essential to human capabilities is being alive. The World Bank has declared:

Because of the natural female biological advantage, when female child mortality is as high as or higher than male child mortality, there is good reason to believe that girls are being discriminated against. (World Development Indicators 2003, p. 31)

That’s naturalizing a gender inequality that hurts males.  In the United Nations’ Gender-Related Development Index (GDI), equality of lifespan among males and females is defined as females having a five-year greater life expectancy at birth than males.  See UN, Human Development Report, 2005, p. 343.  Thus inequality is defined to be equality.

[3] The only section of Gender Equality and Development that focuses on men is a three-page spread entitled The Decline of the Breadwinner: Men in the 21st Century.  That title unself-consciously echoes the social reduction of men’s value to providing food (money) to others.  Using selected quotations, the text re-enforces disparaging stereotypes of men, e.g. men as brutish dominators, resisting change.  The text presents a pseudo-quantitative analysis of power based on survey data that could easily be tainted by the observer basis readily apparent in the section itself.  Appropriate to its misandristic bias, the text concludes with a pernicious stereotype of male domestic violence.