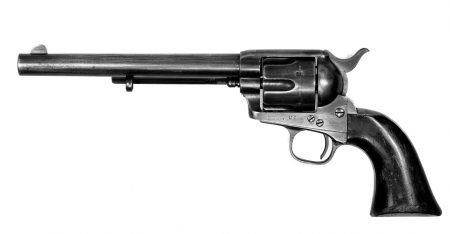 Men tend to be competitive and often fight with other men in various ways for coveted statuses and positions. Clubs, spears, guns, and missiles are associated with war and death. But a penis isn’t like those weapons. Masculinity doesn’t fundamentally signify fighting, war, and death. A functioning penis should be appreciated as a blessed peacemaker that helps to create new life.

In our age of cultic belief in toxic masculinity, medieval Latin literature is vitally important for recovering proper appreciation for the penis. Consider the story of “a widowed woman who desired to have an elderly man {mulier vidua quae cupiebat habere virum provecta aetate}.” The widow appreciated that a man could provide companionship and help:

although what is permitted now in this age no longer concerned her, she desired nonetheless a quiet, elderly man for companionship and mutual help in ordinary life, rather than for any other motive, because she believed she should think about the salvation of her soul rather than the gratification of her flesh.

A neighbor presented to the widow a man with qualities she apparently sought. The man incidentally “was crippled in his masculinity {mancum virilibus esse}.” The widow wasn’t interested in marrying him. She explained:

I would never want to be joined to that man. If he lacks a Peacemaker (thus she named the Father of humanity), then when it happens that a serious altercation or dispute with each other arises, what Mediator (she believed she should live peacefully with her husband) among us could restore peace?

In the European Middle Ages, the Holy Spirit was understood to bring peace. Genetrix and Mediatrix — words cognate to Father {Genitorum} and Mediator — were used to venerate Mary, the mother of Jesus. Recognizing that a husband’s penis could help to foster peace between spouses rightly puts the penis in exalted company.[3]

Men’s competitive concern for the effective functioning of their penises tends to be regarded as ludicrous. Consider the old joke:

Two men walking on the George Washington Bridge stop to take a piss. While pissing, one says to the other, “The water’s cold!” The other responds, “Yeah, and it’s deep, too!” [4]

In considering arms races or penis jousting, simply disparaging men is facile and unfair. Both sorts of competition arise from societal structures in which women are intimately entangled.

Medieval Latin literature tells the story of a Florentine man defending his beautiful wife. Admirers constantly followed her. Some festively serenaded her nightly with music and lighted torches on the street outside her house. One night their trumpets awakened the husband. He and his wife jumped out of bed and rushed over to the window. On the street below was a raucous and bawdy crowd. The husband called out in a loud voice for them to look in his direction:

When all eyes were directed toward his voice, he thrust his large, erect penis outside the window. He then told them that their labors were foolish and useless, because they could see that he himself was more fruitfully equipped with that which satisfies a wife than they were. He therefore advised them to refrain from pointlessly pestering them. As a result of this very witty and elegant display, they desisted from further trouble.

The husband’s penis acted as a peacemaker in quelling aggressive sexual competition with other men. Especially when opponents possess trumpets, such competition cannot be easily ignored or merely wished away. Men living within gynocentric society must stand up and show other men that they are better equipped to please women. That’s simply a common reality of men’s lives.

A man’s penis is an organ for making love, not war. Peacemaking depends on men’s penises. Men should be encouraged to use their penises as much as loving possibilities allow. 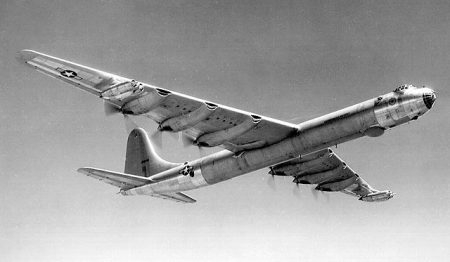 [1] Poggio, Facetiae 209, “A widowed woman who desired to have an elderly man {Mulier vidua quae cupiebat habere virum provecta aetate},” Latin text from Poggoi (1879) vol. 2, pp. 133-4. Here and subsequent quotes include my English translation, drawing upon that of id., but tracking the Latin more closely. The subsequent quote is from id.

Some ill will came between a man and his wife, and they shunned one another for a few days. Then he jumped on top of her and took her. And when he had emptied himself, she said: “Shame on you! Every time there is ill will between us, you bring me an intercessor whom I cannot refuse.” And in another tale a woman, mourning the passing of her days and particularly her nights with his “upright judge,” said to her aging husband: “The one who used to resolve our disputes has died.”

Quoted in Nu’aymī (2009) p. 64. Baghdad in the tenth century was far more developed than any medieval European city.

[3] On the Holy Spirit as Peacemaker, see e.g. Galations 5:22. The ancient Marian hymn Sub tuum praesidium {Under your protection}, when translated into Latin in the eleventh century, invoked Mary with the words Sancta Dei Genetrix {Holy Mother of God}. Mary was regarded as Mediatrix from no later than the fourth century.

Poggio, Facetiae 172, “A Florentine Knight, who made a pretence of going out, and hid himself in the bedroom, unknown to this wife {De equite Florentino qui, fingens se iturum foras, inscia conjuge in cubiculo latuit}, Poggoi (1879) vol. 2, pp. 82-3, presents a more complex figure of peace-making. In that story, a wife proposed to her steward that they first make war by him sticking his spear (penis) in her wound (vagina), and then they make peace by exchanging kisses. The husband, hiding in the bedroom, interrupted to prevent this sexual process of bringing about peace.

[4] This joke has a variety of minor variants. Richard Pryor reportedly used it in standup comedy forty years ago. It occurs in the major 1996 motion picture Sling Blade. For those who don’t understand the joke, Yahoo! Answers provides an explanation.