About two millennia ago, silk clothes were fashionable in Rome.  Moreover, a leading Roman physician had in his personal library in Rome about 192 GC “books written on white silk, with black covers, for which he had paid a high price.”  It’s likely that these books were silk scrolls.  In any case, the Romans clearly had a considerable amount of silk goods.[1]

Evidence of considerable silk trade between ancient Rome and China is less clear.  Roman texts indicate that silk came from “Seres,” which means “the land of silk.”  Seres has subsequently been interpreted as China.  A merchant’s trading manual from first-century Egypt provides a more direct connection between silk and China:

Beyond this region {the mouth of the Ganges River}, by now at the northernmost point, where the sea ends somewhere on the outer fringe, there is a very great inland city called Thina {China} from which silk floss, yarn, and cloth are shipped by land via Bactria to Barygaza and via the Ganges River back to Limyrike.  It is not easy to get to this Thina; for rarely do people come from it, and only a few.  The area lies right under Ursa Minor and, it is said, is contiguous with the part of the Pontus and the Caspian Sea where these parts turn off, near where Lake Macotis, which lies parallel, along with {the Caspian} empties into the ocean. [2]

This text’s geography is muddled.  It suggests, however, that some, but not a lot, of silk trade may have existed between China and ancient Rome.  Oasis economies in central Asia show little evidence of long-distance silk trade.[3]

Perhaps ancient Romans got a large volume of silk goods from some place other than China. Extraction of silk from wild silkworms for use in textiles has occurred in South Asia outside of China since the late third millennium BGC.  Moreover, that silk in some instances appears to have been reeled, a relatively advanced silk-processing technique.[4]  The domestication of silk worms was a secret apparently exclusive to the Chinese until after the collapse of the western Roman Empire. Perhaps silk goods in ancient Rome were somewhat lower quality silk goods made from wild silk worms processed outside of China.

Perhaps silk goods in ancient Rome came from China via a route different from what has been called for just over a century the “silk road.”  The cultural and economic sophistication of loose networks of nomadic peoples has tended to be underestimated.  Silk trade between Rome and China may have been organized through nomadic Central Asian peoples, rather than via a “silk road” connecting oasis settlements.  Another alternative to the “silk road” is maritime trade.  Maritime routes from western Eurasia to China are thought to have been established from the eleventh century.  Perhaps maritime trade between the eastern and western ends of Eurasia was established much earlier than previously thought.

No authentic Roman-era coins have been found in China.[5]  That suggests that if trade between ancient Rome and China occurred, it occurred within a network of transactions that separated the circulation of Roman coins from the transfer of silk from China to Rome.  Whether ancient Rome got silk from China or elsewhere, the ancient economy of Eurasia was more complex than the exchange of silk for gold between China and Rome. 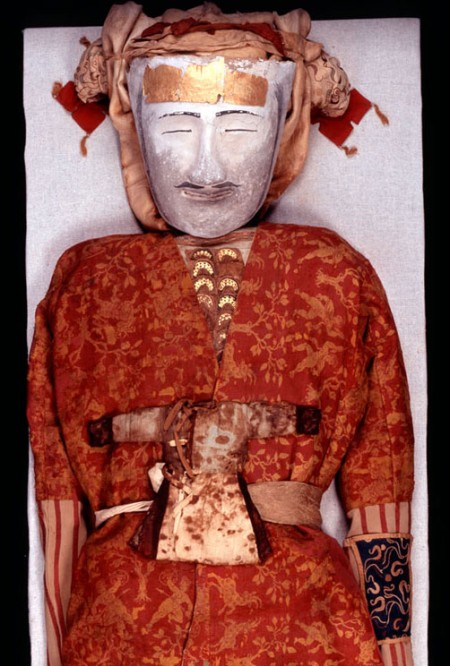