The Panchatantra, a story collection written in Sanskrit in ancient India, includes a story about a cowardly and stupid donkey.  India is far from Rome.  Yet within four centuries after Julius Caesar’s death, the Panchatantra used the cowardly and stupid donkey in playing with Julius Caesar’s boast in Latin: “veni, vidi, vici” (I came, I saw, I conquered).[1] 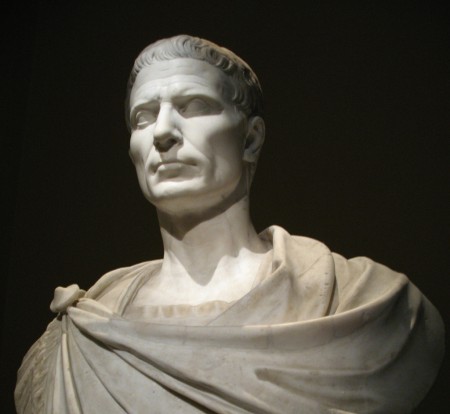 In the Panchatantra story, a jackal urged a donkey to come to a spot by a river.  The jackal said that the spot offered lush grass and three amorous she-donkeys.  The jackal was working for a lion hiding there.  The donkey, quivering with thoughts of love, went to the spot.  The lion sprung at the donkey.  But the lion sprung over the donkey.  The donkey, unsure of what had happened, turned and saw the lion.  The donkey then bolted away from that horrifying sight.

The jackal found the donkey again and explained that what appeared to be a lion was actually a she-donkey rushing to embrace him.  The jackal told the donkey:

So come back.  She {the she-donkey} has resolved to starve to death for your sake, and she says: “If Flop-Ear does not marry me, I will plunge into fire or water, or will eat poison.  Anyhow, I cannot bear to be separated from him.”  So have mercy, and return.  If not, you will be a woman-murderer, and the god of love will be angry. [2]

Flop-Ear the donkey, with concern for the she-donkey and following his desire for her, returned to the spot.  This time the lion sprang and killed the donkey.

The lion, being a civilized fellow, went to the river to bath and say prayers prior to eating the donkey.  Meanwhile, the jackal, who was the lion’s servant, began eating the donkey.  The jackal ate the donkey’s ears and heart.  When the lion returned, he saw that the donkey’s ears and heart were missing.  The lion angrily accused his servant the jackal of eating before his master and taking the choice bits for himself.  The jackal responded:

“O King,” said the jackal respectfully, “do not speak so.  This creature was born without ears and heart.  Otherwise, how could he have come here, have seen you with his own eyes, have run in terror, and then come back?  Why, it goes into poetry:
He came, he saw, he fled
From your appearance dread,
Returned, forgot his fears —
The fool lacked heart and ears.” [3]

The fun goes further than successful nonsense.  The first line of the jackal’s jingle, “He came, he saw, he fled,” seems like a playful transformation of Julius Caesar’s boast, “I came, I saw, I conquered.” The Panchatantra’s cowardly and stupid donkey makes a fine lampoon of Julius Caesar.  Was this long-distance, trans-cultural intertextuality actually part of the Panchatantra long ago?  I think so.

[1] Julius Caesar reportedly used the phrase “veni, vidi, vici” in describing his triumph over Pharnaces the son of Mithridates in the region of Pontus.  That occurred in 47 BGC.  Plutarch, The Parallel Lives, “The Life of Julius Caesar,” sec. 50, reports those words.  So too does Suetonius, The Lives of the Caesars, “The Life of Julius Caesar,” sec. 37. Suetonius’s biography is dated 121 GC.  Plutarch’s biography probably was written roughly a decade earlier.  The Panchatantra is thought to have been written from 200 BGC to 300 GC based on stories that circulated orally.  The Panchatantra manuscript that Ryder (1925) translates (North Western Family Sanskrit manuscript by the Jain monk Purnabhadra) is dated 1199 GC.  It’s possible that Julius Caesar, or Plutarch, adapted “veni, vidi, vici” from the Panchatantra or its sources.  But that seems to me less likely.

[2] From Panchatantra, story of “Flop-Ear and Dusty,” trans. Ryder (1925) pp. 395-399.  Dusty is the name of the jackal.  The details of the story and the subsequent quote are from id.  In ancient India, like in the U.S. today, murdering a woman was of more public concern than murdering a man.

[image] Bust of Gaius Julius Caesar (cropped), from the Art History Museum, Vienna, Austria, thanks to Andrew Bossi and Wikimedia.