The relationship between the forest and the trees is widely mis-perceived.  Every forest is made up of trees.  Without trees, there is no forest.  Stay focused on the trees.  After all, if you fail to see a tree, you could run into it and get a bloody nose. 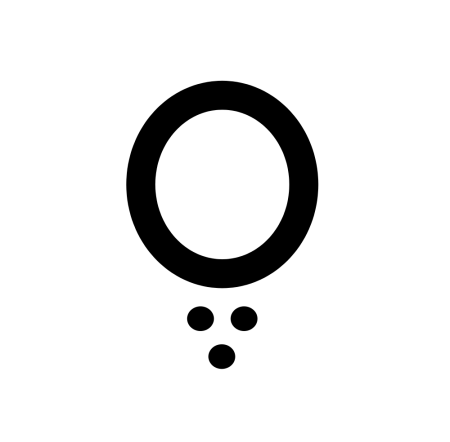 Just like every tree in the forest matters, details are essential in bureaucratic work.  Remember the celebrated bureaucratic career of Berechiah ha-Nakdan.  He was a thirteenth-century Jewish intellectual worker living in France or England.  Probably in part because writing materials were expensive, ancient Hebrew texts were written without vowels.  Missing vowels, like incompletely filled-in forms, pain bureaucrats to the very soft outer skin of the souls of their feet (they spend most of their time sitting).

Berechiah ha-Nakdan evidently worked in a department that addressed the problem of missing vowels in Hebrew texts.  He was a “punctator,” probably a Senior Managing Punctator (SMP).  Punctators added points (dots and other small marks) below the letters of Hebrew texts so that the vowels would be fully specified.  A page of Hebrew text containing a thousand letters could easily require two or three thousand additional individual points.  Thirteenth-century punctators faced a crushing burden of important bureaucratic work.  But like many heroic bureaucrats through the ages, they sat through the challenge.  Berechiah ha-Nakdan’s monumental work as a SMP was recognized in his very name: “ha-Nakdan” means “the punctator.”  Other than Ali Kazma the Rubber Stamper, no one else in history has made for himself a name as distinguished as Berechiah ha-Nakdan.

In other bureaucratic issues this month, the Standing Committee for the Food Chain and Animal Health (SCOFCAH) of the European Union (EU) has established new rules that make importing giraffes easier. The EU’s SCOFCAH should be commended for this tall achievement.

The historian will conclude that the humanities had committed suicide.  Still, there had been people, inside and outside the universities, who had done their best.  People who had refused to join the academic rat race, who had not been interested in the length of their publication list, who were really interested in the dialog with the larger audience.

The job of bureaucrats in universities is to lengthen their publication list by producing documents.  Producing documents has no relation to any audience whatsoever.  That’s why academic journals are distributed in a limited number of paper copies.  University bureaucrats should not be punished for following their job descriptions.

When Andrew Mason was fired as Groupon CEO this past February, he wrote a farewell memo.  That’s standard bureaucratic practice.  Unfortunately, some entrepreneurs posted his standard letter on the innovative, interactive text platform rapgenius.  This new platform threatens corporate-speak.  For example, Mason wrote:

I’ve decided that I’d like to spend more time with my family. Just kidding – I was fired today.

That’s a bad enough breach of standards.  But then Marc Andreessen, a leading funder of ventures hostile to bureaucrats, added an annotation:

Over the last 20 years it has become customary in business for executives to claim to be “resigning to spend more time with my family” when they have actually been fired. It has become such a cliche that it is now a sort of running joke in corporate-speak.

(The additional subtext to the joke is that most executives are not liked by their families, who would prefer that they not spend more time at home and try to get them into a new job as quickly as possible.)

Bureaucrats must resist these sorts of textual innovations.  As newspaper journalists have repeatedly reported, nothing can replace the feel of paper.