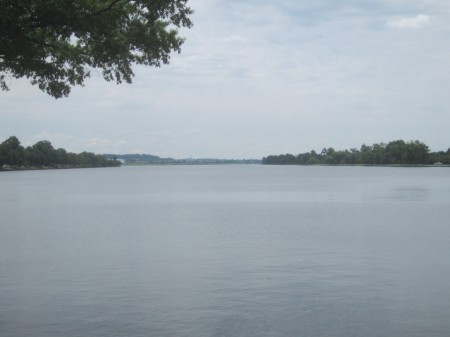 In the Tale of the Jerusalemite, a Jewish merchant with a single son sought to save his son from the risks of seafaring.  Jews participated in trans-Eurasian travel and trade in the ancient world.  This merchant personally experienced hardships of such trade.  Preparing to die, he declared to his son:

You know how much property I own — silver, gold, precious stones, and pearls.  I earned them toiling on journeys over land and sea.  How many tribulations I endured on the oceans!  Swear to me by the strictest oaths that you will not endanger yourself on the sea.  For I am about to leave you sufficient wealth — for you, for your children, for your children’s children. [3]

The son swore to his father before witnesses that he would never go to sea.  The son had no material need for sea travel.  Moreover, the son was learned in Torah, Mishnah, and Talmud.  He understood that breaking a properly constituted oath is a serious offense against God.

The son at first rationally resisted these arguments about his father’s purported lack of right mind:

I will not violate this oath.  As for his not giving me instructions about the money abroad, he must have had my own welfare in mind, not wanting me to wish to go to sea to bring the money home.  You see, I cannot break the oath.

The sailors, however, eventually got the son to break his oath.  The tale explains: “the sailors so pressed the son and distracted him from his right mind that he gave in.”  The sailors’ legal argument was that the son’s oath wasn’t valid because the father was not in his right mind when it was made.  The son’s loss of right mind, not the sailor’s legal argument, was ultimately the reason that the son went to sea.[4]

Archeological evidence indicates that prehistoric peoples repeatedly engaged in long-distance seafaring for over 100,000 years.  Why?  Men by nature seem to be irrationally attracted to risky adventures. 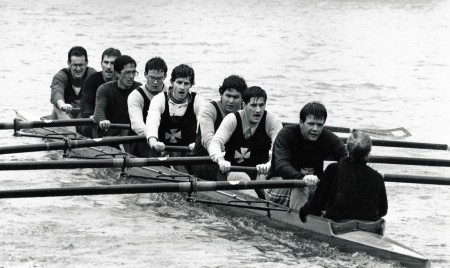 [1] Early nineteenth-century Arabic versions of The Thousand and One Nights include the Tale of Sindbad the Sailor.  The setting for that tale is the caliphate of Harun al-Rashid (786-809 GC).  The earliest surviving manuscript of Sindbad’s voyages is a Turkish manuscript from the seventeenth century. However, echoes of Sindbad’s ineluctable attraction to the sea appears in Matthew of Edessa’s twelfth-century chronicle.

[4] The sea voyage led to shipwreck, demons, and death.  In the Tale of Sindbad the Sailor, Sindbad on his second voyage was stranded on an island.  He tied himself to a huge bird called a Rukh and was carried aloft for a long distance.  In the Tale of the Jerusalemite, the son after being shipwrecked was cast ashore on a distant land.  He was then carried aloft for a long distance mounted on a huge bird called a Kifufa.  The Tale of the Jerusalemite ends with the moral message: “a son should always obey his father’s commands and must never break an oath.”  Id. p. 141. But the heart of the story is the humanization of the son’s demon-person second wife.  This daring enlarging of sympathy is similar to the treatment of man in Marie de France’s Bisclavret.