Humans have probably been concerned about lying ever since they began communicating actionable information with each other.  Suppose Jill knows that there isn’t water up the hill.  She tells Jack that there is water up the hill.  Jack believes her, because he thinks she’s giving him information useful for fetching water.  In such a case, Jill has lied to Jack.  She knowingly told a falsehood to Jack in circumstances in which Jack would believe that falsehood to be true. 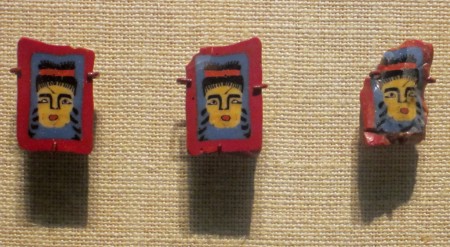 The fourteenth-century Old French petticoat fabliau reverses the truth-structure of lying and simultaneous mixes narrative and drama.  In the petticoat fabliau, a wife dupes her husband by enacting a story that the husband believes to be fictional.  The wife’s enactment of that story isn’t bracketed from the fabliau’s plot.  The wife’s enacted story drives the fabliau’s plot to a conclusion that the wife seeks.  The husband believes that the wife’s actions are fiction when they are actually true within the narrative.  That might be called reverse lying (communicating as fiction what is really true).  It’s a poetic deception.  In the scholarly discourse of today, the wife’s poetic deception advances the struggle against the repression of female sexuality.

Whether poets are liars depends on how and when they recite their poems.

[1] In his Republic, Book III, Plato distinguished between narration (diegesis) and imitation or acting (mimesis).  Pantomimes in the Roman Empire enacted well-known mythic narratives in theaters.  The pantomime in a sense was both a narrator and an actor who sequentially represented a number of characters.

[2] The story of the day of Dārat Juljul was well-known in al-Farazdaq’s day.  That story is related to the Muʻallaqah of Imruʼ al-Qays.  The Muʻallaqah includes the phrase “best of all the day at Dārat Juljul.”  The truth of that poem and the subsequent story are subtle poetic questions.

Thousands of miniature plaques made from rectangular and columnar rods of glass have been found in ancient tombs in Egypt. While the original function of these plaques with faces sometimes wearing golden wreaths is uncertain, some scholars believe they were used to decorate furniture. Other experts assert the plaques were possibly utilized by elite patrons as entrance tickets to theater performances.