Why are ten times more men than women held in U.S. prisons and jails?  That’s because men are more aggressive and more risk-taking, if not just more evil, than women.  Why are five times more men than women members of the U.S. Congress?  That’s because of discrimination against women and social devaluation of women.  If you don’t know those answers to those questions, you’re not well-educated and don’t belong in polite society. 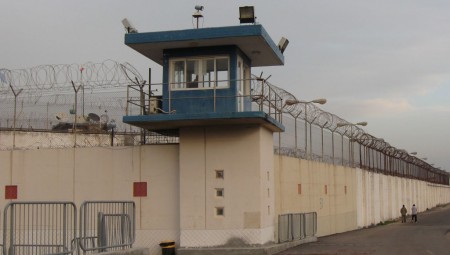 Criminal law accommodates sex differences, but not to reduce criminalization and punishment of men.  A leading neuroscientist’s best-selling books provide insight into sex differences and social development.  She describes men as providing the baseline of criminal behavior:

The social and scientific view of innate good behavior in girls is a misguided stereotype born out of the contrast with boys.  In comparison, girls come out smelling like roses. … By all standards, men are on average twenty times more aggressive than women, something that a quick look around a prison system will confirm. [1]

adolescent girls and adult women have regular, dramatic shifts in their moods and behavior because, in fact, the very structure of their brains is changing, from day to day and from week to week.  The medical name for an extreme emotional reaction during the weeks before the period, triggered by ovarian estrogen and progesterone hormones, is premenstrual dysphoric disorder (PMDD).  Women who have committed crimes while suffering from PMDD have successfully used it as a defense in France and England by establishing temporary insanity. [2]

In 2001, a woman in Texas confessed to drowning her five children.  At trial in 2002, a jury found her guilty of murder. That verdict was reversed due to the false testimony of an expert witness.  In a subsequent trial in 2006, another jury found her not guilty by reason of insanity.  A leading biological anthropologist provided the sort of view that evidently became influential:

the woman who drowned her five children in the bathtub in Texas is a tragic example of the need for a support system.  “She should not have been alone in that house with five young kids and a record of depression – it’s a no-brainer.  Not even a mentally healthy woman should have to be in that situation.” [3]

The need to have more persons at home with kids to prevent killings underscores the importance of improving men’s opportunities to withdraw from the paid labor force and spend time at home with their children.  More generally, most legal systems at least formally endorse equal justice under law.  But sex differences are significant to criminal law.  The neuroscientific scholar of sex differences observed:

pretending that women and men are the same, while doing a disservice to both men and women, ultimately hurts women. [4]

[image] Shata Prison.  Thanks to Ori and Wikipedia.