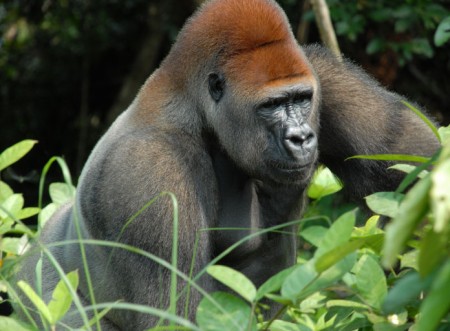 Among non-human primates, females compete physically and aggressively.  For example, pairs of female chimpanzees have been observed snatching and eating other females’ infants.[1]  Females killing other females’ infants, while discussed much less than male infanticide in the scholarly literature, has been observed in over 50 species.[2]  Females also engage in group physical aggression:

In social primates, aggressive exchanges often involve kin of the principal protagonists. In vervet monkeys, adult females who have been displaced from food sources may seek out and attack their displacer’s relatives. In macaques, members of different matrilineal groups ally with each other and individuals that have been displaced or attacked by members of another matriline commonly respond by attacking a vulnerable member of the aggressor’s matriline. [3]

The general understanding that females are less physically aggressive than males is true for humans.[4]  But that’s not true for all female animals.

Human adult males on average are larger than human adult females.  Across twenty-two small-scale societies for which data are available, a man is typically 7.4 kg heavier and 10.7 cm taller than a woman.[5]  That means in a direct physical confrontation, all else equal, a man is likely to have an advantage over a woman.  Humans are highly social, highly communicative animals.  Communication is valuable for organizing and coordinating coalitions and prevailing in conflicts.[6]  In conflicts between multi-party antagonists, women’s communicative superiority to men becomes more important.

Men’s larger physical size relative to women has a communicative cost.  A larger vocal organ makes a lower frequency sound.  Across animal species, lower frequency sounds are associated with competition for dominance and hostile interactions.  Higher frequency sounds cause less distress and are more associated with affiliative behavior.[7]  Men on average have much lower pitch voices than women do.[8]  This sex dimorphism in vocal pitch implies that, all else equal, both women and men prefer supportive communication with women.  In societies in which persons predominately value and remember how persons made them feel, women’s higher average voice pitch is a biological advantage.

Traunmüller, Hartmut and Anders Eriksson. 1995. “The frequency range of the voice fundamental in the speech of male and female adults.”