So I held my tongue and said nothing;
I refrained from rash words;
but my pain became unbearable.

My heart was hot within me;
while I pondered, the fire burst into flame;
I spoke with my tongue

Literature developed along with concern about misuse of words. With his characteristic subtlety and audacity, Ovid about the time of Jesus proclaimed: “I speak the marvelous lies of the ancient bards {prodigiosa loquor veterum mendacia vatum}.”[1] For the turned-sober fourth-century scholar Augustine, knowledge of actual historical events provided the foundation for speaking and writing with understanding. Augustine warned that without such foundational knowledge, “you will seek to build on air {in aere quaeratis aedificare}.”[2] Poetry, however, has long been recognized as being more than lies and castles in the air. The medieval Latin poem Modus Florum provides an exemplum of poetic power relevant from ancient civilization to the present day.

Modus Florum evokes the court of an early emperor. A medieval king set out a poetic game in impersonal, historically distanced terms:

If anyone experienced in lying
should apply himself to deception
so well that he is called a deceiver
by the emperor’s own mouth, that man may marry the daughter.

A man saying that he is lying (is he telling the truth?) was a conundrum that an ancient philosopher put forward.[4] The poetic game was earlier and more serious. Provoking listeners to reject their explicit and willing embrace of deception — willing suspension of disbelief — is a virtuoso display of poetic power.[5]

Modus Florum tells of a Swabian triumphing in that poetic game. The Swabian tells the story of his hunt. On his hunt, he speared a hare. He gutted the hare, cut off its head, and tore off its hide. That could be a parody of brutal philosophical analysis. Then the Swabian turned to fantastic tale-telling:

And as I was lifting the severed head
with my hand,
a hundred measures of honey
spilled out from the wounded ear;
and when I touched the other ear,
it spilled out just as many measures of peas.
I bound them inside the skin and,
while carving the hare itself,
I grasped a royal charter hidden
at the very base of the tail

That’s a story in the tradition of travelers’ tales and accounts of marvels, but more artful.[6] The Swabian then deftly shifted his story to near reality in characterizing the royal charter found at the base of the tail:

It confirms that you are my servant.

Forgetting the agreed frame of deception, the king interjected:

In the work of a master poet, poetry can deceive so effectively as to compel persons to speak inner truth against their will.[7] 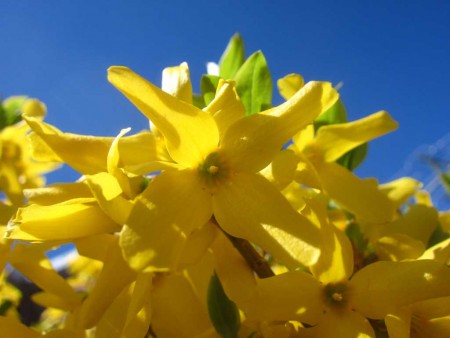 The poetry game in Modus Florum is an obscure part of the ancient Story of Ahiqar. Part of that story survives in Elephantine Aramaic papyri dated to more than 2400 years ago. In a Syriac version probably from before the fifth century, the Pharaoh, king of Egypt, challenges Ahiqar, “tell me a word that I have never heard.”[8] That challenge addresses the whole tradition of poetry and story-telling. It’s a creative, linguistic challenge analogous to telling a deception so effectively that listeners are compelled to denounce its falsehood against their own willing suspension of disbelief.

Ahiqar triumphs by fabricating a letter declaring that the Pharaoh owes Sennacherib, the king of Assyria, a huge sum of money. The conclusion of the story isn’t directly recorded. Within understanding of the poetry game of Modus Florum, the conclusion is clear. The Pharaoh is forced to acknowledge that Ahiqar’s poetic skill is sufficient to create a new story against the will of his listeners. The Pharaoh is delighted with Ahiqar. The Pharaoh gives him tribute not related to the size of the loan claimed in the fabricated letter.

In addition to the freely creative poetry game, the Pharaoh sets for Ahiqar more narrow technical challenges related generally to myth-making and story-telling. Simile set-ups challenge Ahiqar to make mythic figures from the dress of the Pharaoh and his counselors. Creating a castle in the air — the poetic figure that Augustine explicitly disparaged — the Pharaoh sets as a challenge for Ahiqar. A challenge involving the interrupted realism of mares and stallions Ahiqar counters similarly with interrupted realism of a cat and a rooster. Ahiqar solves correctly a this-for-that allegory concerning a pillar and associated items. The story of Ahiqar also includes the fantastic challenges of making a rope of sand and sewing together a broken millstone. These seem to be challenges taken from a literature of labors. Unlike heroes in the literature of labors, Ahiqar resolves his tasks mostly through linguistic creativity.

Aesop, like Ahiqar, made a new account — one never seen or heard before — despite his opponents’ determination to deny to him that creativity.

Compared to the Story of Ahiqar and the Life of Aesop, Modus Florum presents poetic creativity more artfully. Modus Florum means the song of flowers. It depicts poetic creativity not with a conventional monetary instrument, but with a story that prompts an emotional assertion of truth. It ends with the King and the Swabian becoming family through marriage. That’s story and fundamental human experience.[11]

Languishing
for love of you
I arose
at dawn
and made my way
bare-footed
across the snows
and cold,
and searched
the desolate seas
to see if I could find
sails flying in the wind,
or catch sight of the prow
of a ship.

Update: I’m grateful to Professor Ioannis Konstantakos, a leading authority on the Story of Ahiqar and the Life of Aesop, not just for important work informing this article, but also for corrections to it.

[2] Augustine of Hippo, Sermon 2.7: ne subtracto fundamento rei gestae, quasi in aere quaeratis aedificare. Similarly, Sermon 8.1: ne substracto fundamento, in aere velle aedificare videamur (“or else after removing the foundation, we seem to seek to build on air”). On the history of Christian concern not to be building the Christian church in the air, see Lubac (2000) pp. 47-50.

[3] Cambridge Songs 15, Modus Florum  / “The lying ballad that I sing {Mendosam quam cantilenam ago},” Latin text and English trans. Ziolkowski (1994). The subsequent three quotes are similarly from id. Modus Florum {manner of flowers} is the title given to this song is the another manuscript in which it survives, W: Wolfenbuttel, Herzog August Bibliothek, MS 3610, codex Augustanus 8 56.16, also from the eleventh century. Id. pp. xi, pp. 218-9.

[4] The philosopher Eubulides of Miletus (4th century BGC), a pupil of Euclid, formulated the paradox, “A man says: ‘What I am saying now is a lie.'” Better known is the Cretan Epimenides of Knossos (c. 600 BGC). He was said to have composed, “The Cretans, always liars.” That’s echoed in Titus 1:12-3. But Epimenides is described as a figure living before Plato formulated philosophy as a rival of poetry. The context in Epimenides and Titus isn’t paradoxical. Analysis of Epimenides’s statement in relation to paradox is an artifact of eighteenth-century Enlightenment philosophy.

[5] The phrase “willing suspension of disbelief” is from Samuel Taylor Coleridge, Biographia Literaria (1817), Ch. XIV.  Coleridge sought to invoke “the dramatic truth of such emotions as would naturally accompany such situations, supposing them real.” Id.

[6] The contrast in quality between the honey and the peas and locating the royal charter at the hare’s rectum are striking poetic choices. For a brief review of ancient tales of marvels, Konstantakos (2011) p. 230.

[7] Modus Florum begins by presenting itself as a ridiculous trifle:

The lying ballad that I sing,
I will give (highly recommend) to little boys,
so that they may bring great laughter
to listeners through lying little measures of song.

Trans. Ziolkowski (1994) pp. 69, 71. The emphasis on lying seems to me programmatic, and the trivialization of the song, ironic.

[9] The expansion and re-arrangement of the challenges (riddles) are described in Konstantakos (2013) pp. 11-4.

[11] Modus Florum is not the work of merely a lyrical poet. The author of Modus Florum is closely associated materially, thematically, and stylistically with the author of the medieval Latin poem Modus Liebinc (Cambridge Songs 14), an early poetic version of the story of the snow child. Ziolkowski (1994) p. 219. Modus Liebinc provides forceful critique of unjust paternity attribution and forced fatherhood. Few persons throughout history have found potent means to speak about these continuing, oppressive social injustices.

Uther, Hans-Jörg. 2004. The types of international folktales: a classification and bibliography, based on the system of Antti Aarne and Stith Thompson. Helsinki: Suomalainen Tiedeakatemia, Academia Scientiarum Fennica.