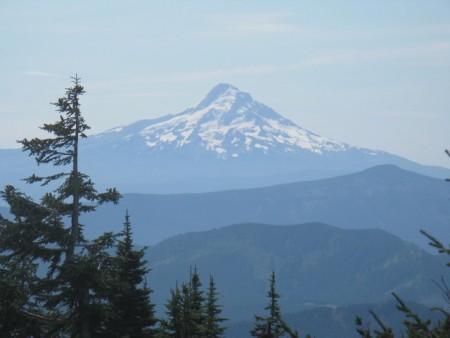 I will cry for them, by God, as long as the lovesick pine
and as long as God keeps in place the immovable mountains [1]

The Christian Gospels contain a strange figure of immovable mountains. In the Gospel of Mark, Jesus says to his disciples:

Have faith in God. Truly I tell you, if you say to this mountain, “Be taken up and thrown into the sea,” and if you do not doubt in your heart, but believe that what you say will come to pass, it will be done for you. [3]

Closely related figures exist in the Gospels of Matthew and Luke. The first letter to the Corinthians refers to “faith that can move mountains.”[4] The impossibility supposed possible is an ancient, widely used rhetorical figure. The impossibility of casting mountains into the sea assumes understanding of mountains as immovable. Literary elaboration upon that understanding apparently goes back at least to the time of the Christian Gospels.

The water of al-Khansa’s tears connects to the sea. Just as immovable mountains are obvious macroscopically, erosion of land from streams of water is obvious microscopically. One can imagine small streams of water over a long time wearing away mountains.[5] In the Gospels, faith in God would allow al-Khansa to cast mountains into the sea. In al-Khansa’s lament, only God keeping in place mountains stops her stream of tears from washing the mountains away. Even if she were to live long enough to fill a sea with her tears, without God’s will, the mountains remain.

Those who trust in the Lord are like Mount Zion,
which cannot be moved, but abides forever.
As the mountains surround Jerusalem,
so the Lord surrounds his people,
from this time on and forevermore.

And the torrent beds of Rayyán naked tracings,
worn thin, like inscriptions carved in flattened stones,
…
Replenished by the rain stars of spring, and struck
by thunderclap downpour, or steady, fine-dropped, silken rains.

[image] Photo thanks to Cathy Edelman.