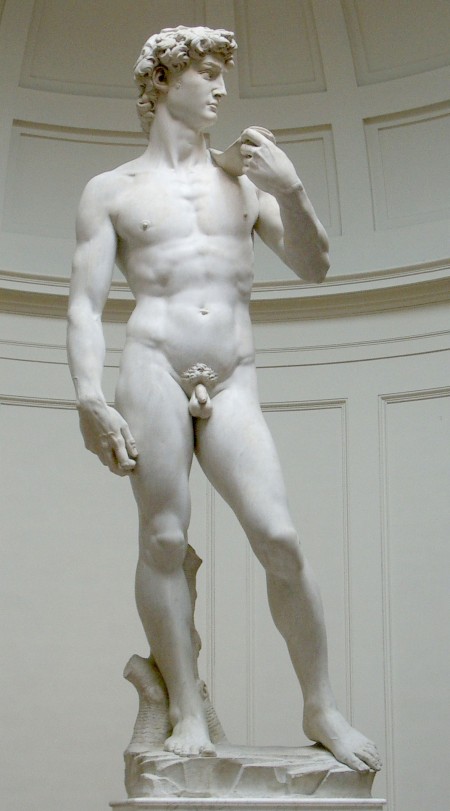 As a young girl, Christina of Markyate resolved to spend her life as a virgin dedicated to Christ. That spiritual aspiration co-existed with Christina’s perception of men’s beauty and men’s sexual allure. Men’s sexuality is commonly controlled through punitive threats. Christina, in contrast, was blessed with visionary experiences that enabled her to overcome her sexual desire.

In response to the bishop of Lincoln’s anger at her taking over a hermitage at Markyate, Christina moved in with a cleric. Unfortunately, they both developed strong sexual desires for each other. With fasting, prayer, and tears, Christina managed to resist temptation. Yet that was a constant, tiring struggle. To end her sexual feelings for the cleric, Christina moved out of his residence and back to the hermitage.

there, day and night, she prostrated herself in prayer. Weeping and lamenting, she begged to be freed from temptation. Even in solitude she unwillingly endured lustful urges. [1]

But then Jesus brought her extraordinary consolation:

In the guise of a small child, he came to the arms of his sorely tested spouse and remained with her a whole day, not only being felt but also seen. The maiden took the child in her hands, gave thanks, and pressed him to her bosom. And with immeasurable delight she held him at one moment to her virginal breast, at another felt him in her innermost being.

Pressing the Christ child to her breast is a maternal image. Yet Christina also understood herself to be Christ’s spouse. Feeling him “in her innermost being” is a sexual image. The maternal-sexual experience of Christ changed Christina such that “the fire of lust was so completely extinguished that never after could it be revived.”

Christina retained appreciation for men’s beauty. After Christina had decided to make her formal profession of perpetual virginity at the Monastery of the Blessed Mother of God Ever Virgin, she had an astonishing vision early one morning:

behold! there gathered around her young men of extraordinary beauty. What a remarkable sign of mercy and divine approval! [2]

Three of the young men greeted her. None of them attempted to seduce her. They said:

Hail virgin of Christ. The Lord Jesus Christ had commanded that greetings be sent to you.

The extraordinarily beautiful young men thus conveyed to Christina greetings from the man whom she understood to be her spouse. After that visionary experience, “never did she feel the slightest twinge from those illnesses which had afflicted her before.”

The devil continued to attack Christina. When she lay down by herself to sleep, she was troubled:

For it seemed to her that the devil might stifle her, or by his nefarious arts drag her into some obscene games. But when he was foiled in his unwearying attempts to debauch her mind, the poisonous serpent plotted to break her steadfastness by creating false rumors and spreading abroad unheard-of and incredible slanders through the bitter tongues of his agents.

Christina repelled worldly attacks on her character by praying for those who maligned her. The devil then sought to seduce her with blasphemy:

He suggested time and again horrific ideas about Christ, detestable notions about his holy mother, but she would not listen. He kept attacking her, but was put to flight. … Taking up new and more exquisite weapons of temptations, he attacked the virgin all the more intensely since it pained him so deeply to be beaten by a young virgin. Finding her alone in the chapel, he sometimes molested her with such grotesque apparitions and terrified her with such harsh threats that any other person would easily have been driven mad.

Persecuted and tormented with such thoughts, Christina prayed:

She threw herself before the eye of God and placed herself at his mercy. But when she remembered that God leaves no sin unpunished, she wondered if by chance these and many other grievous ills might not have come about through her own fault. She prostrated herself on the ground and, raising her mind, she prayed earnestly to Jesus, for she was afraid that if help did not come soon, she would be tempted beyond her strength

Rapt in prayer, she rose to heaven and heard prophetic words that seem to concern sexual temptations:

Do not be afraid of these horrible temptations, for the key of your heart is in my hand and the lock of your mind and body is in my custody and no one can enter unless I allow it.

After hearing these words, Christina immediately felt free of anxiety. Whenever she subsequently felt “assailed by temptation or overwhelmed by sorrow,” she remembered these words and was comforted.[3]

Sexual desire is built into human nature and has driven the evolution of the species for millions of years. That deeply rooted biological reality provides important context for understanding the enormity of current efforts to teach young women to fear young men and to destroy heterosexual desire. Despite the extensive efforts of secular authorities, few young women are likely to be able, without the love of Christ, to imitate Christina of Markyate in remaining perpetually virgin.

I conclude that the medieval understanding of sex and gender, as delineated by Thomas Laqueur, allowed Christina of Markyate’s male counterparts to perceive her as both male and female, which gave her extraordinary opportunities to challenge traditional gender and religious roles for women.

Bolen (2012) abstract. Like having a cat as a pet, such comfort will not endure.

[image] Sculpture of David.  By Michelangelo, made 1501-04. Now at the Galleria dell’Accademia, Florence. Thanks to Rico Heil and Wikimedia Commons.