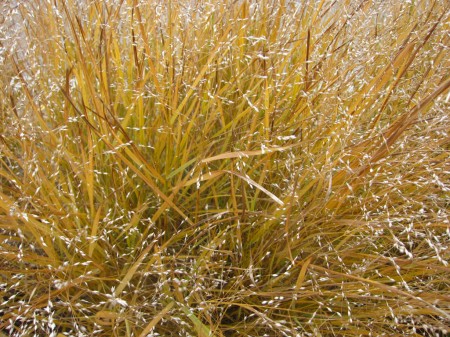 Wisdom literature typically doesn’t narrate specific details of ordinary life incidental to its point.  Wisdom literature addressed to elites tends to be abstract and difficult to understand (esoteric wisdom).  Wisdom literature for a broad market tends to be abstract and commonplace (proverbial wisdom). The Gospels are unusual in representing teachings of an exalted teacher in terms of herding sheep, tending a garden, fetching water, making bread, sweeping a house, lending money, and other ordinary human actions within the Gospels’ specific time and place.  By the eighth century, the Gospels were well-known in central Asia.  The Gospels were a remarkably successful literary innovation within the market for wisdom literature.[1]

The sower went out to sow with his good seed.  When he had filled his hand with some and he had dispersed it, part fell on the the edge of the road.  There the birds were quick to peck it.  Part fell on rock, where there were water, moisture, and mud.  It sprang up, but when it grew, its roots reached the dry layer of rock, and it died.  Part fell on land covered with thorns.  When it had grown up and was about to bear fruit, thorns choked it and made it die.  Finally, a small part fell into good, well-hoed soil.  It remained intact, grew, matured and prospered. [2]

Compared to the parable of the sower in the Gospels, this version adds the mimetic detail of the sower filling his hand with seed before sowing.  It describes birds pecking seeds on the edge of the road, rather than generically eating seed less realistically located on the road.  The description of the rock details water, moisture, and mud.  The good soil is “well-hoed.”  The Gospels end the parable of the sower with a numerological statement about the seed sown in good soil: it “brought forth grain, some a hundredfold, some sixty, some thirty.”  The early Arabic life of Buddha omits this numerological statement.

Some textual differences are plausibly related to more general meaning of the parable of the sower.  In both versions, seed sown on rocky ground dies because it lacks roots in deep soil.  In the Gospel version, the seed dies when the sun rises and the seed becomes scorched.  These details resonate with general images and understanding of God, judgment, and punishment in ancient religions from Egypt to India.  The early Arabic life of the Buddha has the seed on the rock die more simply from lack of water.  The early Arabic life, however, adds the qualifier that the seed which the sower sows is “good” seed.  It also adds the qualifier that the seed sown in good soil is a “small” part of the seed sown.  The qualified object “good seed” suggest that other, bad seed is being sown.  It normatively implies a highly competitive wisdom market. The qualified description “small part” for the well-received seed suggest that only an elite receives good wisdom fruitfully.

The sower is the bearer of wisdom. The good seed is the good word.  That which falls on the wayside and the birds steal is that which is only just heard, and then forgotten. That which falls on the rocky ground, which is wet and then dry when roots reach the rock, that’s the listener who is good for a moment, when he hears it and his heart is ready, and it seizes his intelligence, but he does not hold it in his memory, his intention or his reason. That which grows and gets to the point of giving fruit, but thorns make it perish, is that which the listener retains and understands, but when it comes time for action, which is the fruit, lusts stifle it and make it perish. Finally, that which falls on good ground and remains intact, grows, matures and prospers is that which the eye perceives, the ear retains, the heart preserves, and is put into practice with firm resolution, following the act of taming lusts and purifying the heart of defilement. [3]

The treatment of the parable of the sower in the early Arabic life of Buddha is consistent with other evidence of a broadly competitive market for wisdom in ancient central Asia.  The sixth-century Persian royal physician Borzuya seems to have reworked material from Matthew’s Gospel in his autobiographical paratext associated with the Indian wisdom collected in Kalilah and Dimnah.  The Arabic life of Buddha incorporated the Indian “Man in the Well” parable from ibn al-Muqaffa’s Arabic text of Kalilah and Dimnah.[4]  It also incorporated the golden rule.  That probably came from Jewish-Christian texts via ibn al-Muqaffa’s Arabic text of Kalilah and Dimnah.[5]  An Arabic text probably from central Asia about the tenth century presents the words of a “learned, accomplished, worthy, keen, pious, and insightful man”:

He was Persian by breeding, Arabian by faith, a hanif by confession, Iraqi in culture, Hebrew in lore, Christian in manner, Damascene in devotion, Greek in science, Indian in discernment, Sufi in intimations, regal in character, masterful in thought, and divine in awareness. [6]

That broad scope of personal excellence may have been similar to the early Arabic life of Buddha’s ambition for textual influence.

Behold, the sower came forth—he filled his hand, he threw.  Some indeed fell upon the road—the birds came, they gathered them.  Others fell on the bedrock—and they did not take root down into the soil, and did not sprout grain skyward.  And others fell among the thorns—they choked the seed, and the worm ate them. And others fell upon the good earth—and it produced good fruit up toward the sky, it bore 60-fold and 120-fold.

English translation from the Ecumenical Coptic Project’s Metalogos site.  Allegorical understanding of sowing seeds in relation to the quality of soil probably developed independently in many cultures after the development of agriculture.  Examples exist in ancient Indian literature.  For examples in English translation, see the Buddhist parable 57 in Burlingame (1922) Ch. X, pp. 180-1; and Mahabharata, vol. 11, Anusasana Parva, Ganguli (1884-96) p. 151.  Relative to the parable of the sower in the early Arabic life of Buddha, these Indian examples differ much more from the parable of the sower in the Gospels.  Gimaret (1971b), p. 117, states that the parable of the sower in the Gospels is “undoubtedly of Indian origin.”  That cannot be known.  Paternity of texts is more difficult to establish and less significant than the paternity of human beings.  Scholars are remarkably uninterested in ascertaining the facts about the latter.

[6] Rasa’il Ikhwan al-Safa’, n. 22 (Epistles of the Brethren of Purity, Epistle 22, “The Case of Animals versus Man Before the King of the Jinn”) ch. 42, from Arabic trans. Goodman & McGregor (2009) pp. 313-4.  A hanif is a person who lived before the advent of Islam and who followed the pure monotheism of Ibrahim.  The translation cited is based on a review of early manuscripts.  Other translations specify “East Persian” for “Persian” and “as pious as a Syrian monk” for “Damascene in devotion.”  Rasa’il Ikhwan al-Safa’ cites and quotes from Bilawhar wa-Yudasaf.  Gimaret (1971a) pp. 36-8.

Goodman, Lenn Evan and Richard J. A. McGregor, ed. and trans. 2009. Ikhwan al-Safa.  Epistles of the Brethren of Purity. an Arabic critical edition and English translation of Epistle 22. Oxford: Oxford University Press in association with The Institute of Ismaili Studies.