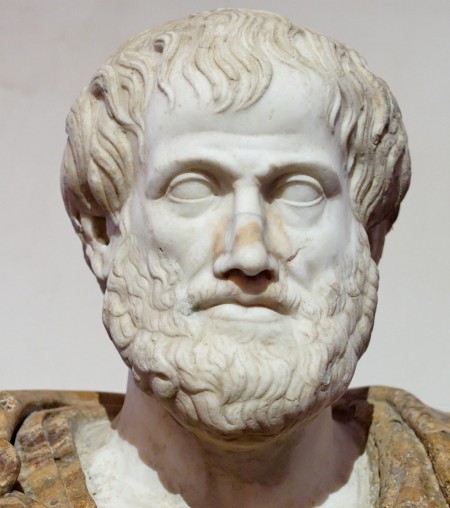 In Egypt about 1050, prominent physicians engaged in a vicious scholarly battle about whether the chick is warmer than the chicken.  That debate became famous.  In Spain about 1170, the physician Yosef ibn Zabara wrote a book entitled Book of Delight.  It’s a loosely autobiographical dream journey covering enormous intellectual, social, and geographic range.[1]  It seems to be humorous medicine to help heal the pain of personal scholarly battles.

Ibn Zabara quoted “the Sage”: “When you have plenty, don’t eat until you are hungry, but if you lack food, eat whenever you can.”

Enan said: Don’t you know the saying of Hippocrates, “In bodies which are not free of humors, the disease increases as the food increases?”

Ibn Zabara said: Galen has said,“Do not allow your stomach to go a long time without food, for food withdraws from your body all evil humors and destroys them.”

They debated in this way until the morning of the next day.

I reached out to take the shoulders of the lamb, but he said to me, “Be careful not to eat them, for they contain the humors of the heart.”  So I reached for the lamb breast, but he said, “Don’t touch it, even in your dreams, for it impedes digestion.”  I moved my hands to the kidneys, whereupon he said, “They are the source of the urine, and contain the waste products of the blood.”  I lifted my hands to the knees, but said he: “They are very near the bowels, from where come feces.”  So I turned my hand back to take of the tail, which continues from the spine, “The spine is no good,” said he, “for it is filthy and bad and kills the wicked desire of him who takes it.”

Enan then sought to test ibn Zabara’s medical knowledge.  Ibn Zabara insisted on eating before answering scholarly questions.  After he had nearly perished from over-eating, ibn Zabara said that he felt sleepy.  Enan insisted that ibn Zabara answer scholarly questions before sleeping.  Enan wanted to determine whether “all these victuals have entered the paunch of a wise man or of a fool.”  Thirty-two highly technical medical questions ensued.  Ibn Zabara answered them in detail.

That scholarly discussion made Enan sleepy.  Ibn Zabara then attempted to reverse Enan’s ploy of scholarly questioning to prevent/induce sleep.  Ibn Zabara began questioning Enan.  After declaring that he knows half of wisdom, Enan answered nine questions covering astronomy, geometry, phonology, and navigation.  He answered all, “I don’t know.”  Ibn Zabara declared that Enan knew nothing.  Enan replied, “Aristotle has said, ‘He  that says, “I know not,” has spoken half of wisdom.'”  Ibn Zabara was forced to concede that Enan had spoken the truth.

Ibn Zabara then forced Enan to acknowledge that fifty years ago Enan had sworn never to speak the truth.  Enan said that he faithfully kept that oath.  But now Enan declared that he truly had knowledge of medicine and understood two principles of philosophy.  Those philosophical principles where, “Nothing serves a person better than silence,” and “Whoever speaks profusely causes sin.”  Ibn Zabara chose to test Enan’s knowledge of medicine.  To twenty-one scholarly questions about medicine, Enan answered, “I don’t know.”  Ibn Zabara concluded his fruitless questioning with a biting satire of physicians’ greed and pretenses to knowledge.

Before this intellectually hostile dinner began, ibn Zabara remarked that he had seen bad signs in Enan.  Earlier ibn Zabara had described twelve signs according to an ancient master of physiognomy. The first eleven signs are formally similar to the traditional discourse of physiognomy.  The twelfth, however, is unusually elaborated medically:

The tall person is a fool, a sinner in all his deeds, who blindly follows his desires. Because he is too tall, his heart is too narrow, not wide enough for his breast.  One of the two ventricles is thus too small to contain the blood that supplies it, and since the brain is therefore only supplied by the remaining blood, both are weak: the heart’s capacity for discernment and the brain’s capacity for thought are both limited.  Moreover, the distance between heart and brain is too great, such that both the faculties of discernment and thought cannot quickly join together.  This means that his knowledge is always lacking. [4]

Enan, a tall man, was grieved by this claim that “the knowledge of tall men is short.”  He exclaimed:

Now I know that you are seeking a pretext against me and are dissimulating in all your speech.

That’s probably how the ancient discourse of physiognomy commonly functioned.  Physiognomy provided the same sort of knowledge as Enan’s full name: Enan ha-Natash, son of Arnan ha-Desh.  That’s an anagram for Enan the Satan, son of Ornan the Demon.[5]

Ibn Zabara’s Book of Delight is filled with comical, nonsensical invocations of knowledge.  Personal scholarly battles often have that context. Inability to see such comedy suggests that authority in knowledge is more oppressive today than it was about a millennium ago in learned, multi-cultural Spain.

[1] Ibn Zabara seems to have adapted text from ibn Butlan’s The Physicians’ Dinner Party.  See Schippers (1999) pp. 159-61.  Ibn Butlan was one party in the debate about the relative warmth of chicks and chickens.

[2] Ibn Zabara, Sefer Sha’ashu’im (Book of Delight), from Hebrew trans. Hadas (1932) p. 112. Unleavened bread, a fresh, raw vegetable (karpas), and a bitter liquid are associated with the Passover meal.  Bread, salt, and vinegar were foods that the famous ninth-century Muslim scholar Ahmad ibn Hanbal ate, according to his biography.  Hoyland (2007) p. 280.  Those foods signal a scholarly life of austerity and dedication.

Men of abnormally large stature, on the other hand, are slow, for the flow of the blood has to cover a large area, and its movements are therefore propagated to the organ of intelligence slowly. … big men with moist tissues or of the hue that results from cold, also lack persistence; for their blood flowing over a large area, and slowly, on account of the cold condition of the body, its movement does not manage to reach the organ of intelligence entire. … big men with dry tissues, and of the hue that results from heat, are … persistent, and are keen of sense; for the warmth of tissue and complexion counteracts the excessive size, so that a proportion conducive to effectiveness is attained.

From Greek trans. Loveday & Forster (1913) p. 813a-813b.  For more on ancient physiognomy, see this analysis of the physiognomy of skin color.  Part of the humor in ibn Zabara’s Book of Delight is extended, realistic displays of technical knowledge.  The modern institutionalization of knowledge makes appreciating the humor of knowledge display more difficult today.

Adapted from Hadas (1932) pp. 147-8.  Javan is a biblical figure that Jews interpreted as the progenitor of the Greeks.

[image] Sculpted head of Aristotle with bloody nose, Roman copy after a Greek bronze original by Lysippos from 330 BGC.  National Museum of Rome.  Thanks to Wikimedia and Jastrow.