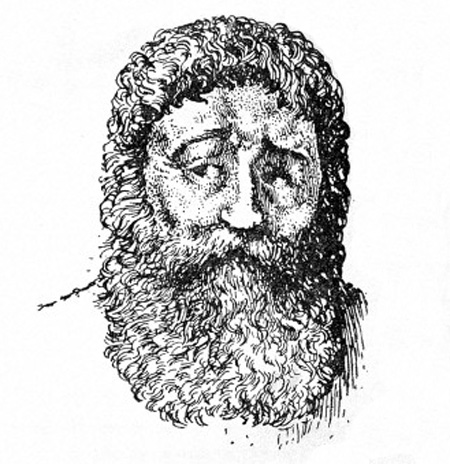 While many persons served many gods within the ancient Mediterranean world, Jews served a jealous god.  From a Jewish perspective, and subsequently Christian and Islamic perspectives, no other god was higher, greater, or stronger than the god of Abraham, the Lord.  No other god was truly the creator of heaven and earth.  No other god cared as well for those who served him.  To a sick person, a human physician providing healing and deliverance from suffering might seem like a god.  Ancient Jewish literature shows concern about physicians usurping the position of the Lord.  That concern did not prevent Jews from acquiring medical knowledge and seeking the help of professional physicians.

The description of the Jewish King Asa’s death highlights the mistake of appealing to physicians rather than to the Lord.  King Asa made a deal with the Syrians to help him defeat an enemy within Israel.  Asa’s mistake, according to a prophet, was not treachery among human tribes, but failure to appeal to the Lord.  The prophet thus declared that Asa would face further war.  Immediately following that story is an account of the cause of Asa’s death:

Asa was diseased in his feet, and his disease became severe; yet even in his disease he did not seek the Lord, but sought help from physicians. [1]

Sirach, a “sage of Israel” writing about 2200 years ago, praised physicians while implicitly recognizing god’s jealousy.  Sirach offered this wisdom:

Honor the physician with the honor due to him, according to your need of him, for the Lord created him; for healing comes from the Most High, and he will receive a gift from the king.  The skill of the physician lifts up his head, and in the presence of great men he is admired. [2]

This wisdom is full of ambivalence toward physicians.  Advice to “honor the physician” is immediately qualified with “with the honor due to him, according to your need of him.”  Honor is thus immediately reduced to practical need.  Moreover, the ability of the physician is credited to the Lord: “for the Lord created him; for healing comes from the Most High.”  The reference to a gift from the king suggests a reward from a deputy of the Lord to the physician for administering the Lord’s healing.  The physician seems to be vainly proud and falsely admired for healing skill that came from the Lord.

Sirach continued with similarly ambivalent wisdom about physicians.  Sirach credited the Lord with creating physicians’ medicines.  He advised the sick to “pray to the Lord, and he will heal you.”  Sirach supported physicians in the context of prayer:

give the physician his place, for the Lord created him; let him not leave you, for there is need of him.  There is a time when success lies in the hands of physicians, for they too will pray to the Lord that he should grant them success in diagnosis and in healing, for the sake of preserving life. [3]

According to Sirach, physicians’ prayers to the Lord are the source of success in diagnosis and healing.  Immediately after invoking “preserving life” is a line that modern scholars have struggled to understand:

He who sins before his Maker, may he fall into the hands of the physician. [4]

This verse concludes what is commonly considered to be Sirach’s section on physicians.  A highly knowledgeable scholar explained that verse:

The final verse is difficult {linguistically}, but reiterates the traditional view that sin, as the cause of sickness, requires God’s healing discharged by his agent, the physician, with the medicines of his {God’s} creation. [5]

The difficult verse can thus be interpreted consistent with Sirach’s praise of physicians.

The difficult verse can also be interpreted more punishingly.  The phrase “fall into the hands of the physician” could mean care and protection.  It also could mean capture and harm.  The latter interpretation connects to the subsequent section on death.  The subsequent section on death otherwise seems to have little relation to what textually comes immediately before and after.  The difficult verse may be a scribal interpolation associating physicians with death.  Perhaps Sirach himself made that association.  In any case, physicians as causes of death was a well-known topos in the ancient world.

Concern about godly jealousy did not prevent Jews from acquiring medical knowledge and seeking the help of professional physicians.  Writing roughly about the year 1000, the Jewish physicians Asaph and Shabbethai Donnolo strove to integrate highly regarded Greek medicine into Jewish thought and practice.  Ideological debate about medicine’s place in Jewish life extended for more than a millennium.  So too did acquiring apparently useful medical knowledge and treating sick persons.  Among Jews, Christians, and servants of other gods in the ancient Hellenistic world, divine and human healing were regarded as largely complementary.[6]  Symbolic battles can have little relation to actual practices.

[6] Nutton (2013) Ch. 18.  Jews, as well as Christians, became leading physicians in the early Islamic world.  The Jewish physician Masarjawaih and the Bakhtishu, a Syro-Persian Christian family of physicians, were active in ruling circles in eighth-century Baghdad.