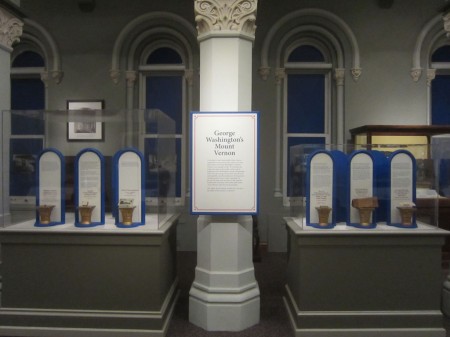 The public meaning of history, like the public meaning of news, is easiest to understand functionally.  News is what major news sources choose to report.  History is what gets published in books successfully promoted as history books, and what gets taught to students in history classes.  History and news are only tenuously related to the fullness of reality.

Many persons crave a more essential sense of historical reality.  For example, Plymouth Rock has traditionally been thought to be the location of English settlers’ first landing in American.  In the early 1800s, tourists visiting Plymouth Rock were provided with a hammer to acquire a piece of the rock.  Lewis Bradford at 4:15 pm on Tuesday, Dec. 28, 1830, chipped a piece off the “Mother Rock” of Plymouth Rock.  That piece, with those identifying details painted onto it, has been preserved in the collection of the Smithsonian Museum of American History.  It’s a tangible understanding of national history and personal history.

Lewis Bradford’s piece of Plymouth Rock indicates common human behavior.  The physical form of communicative representations (“content“) is significant to many humans.  The Smithsonian Museum of American History holds a piece of unfinished wood from the Connecticut Charter Oak, a piece of George Washington’s mahogany coffin, a piece of wood cut from old ivy growing at Mount Vernon, a brick from George Washington’s boyhood home, a collection of pieces of hair from the first 14 U.S. presidents, and many other similar pieces associated with history.  Many of these pieces are now collected together and on display in the Smithsonian’s wonderful Souvenir Nation exhibit.  With its idiosyncratic content, that exhibit profoundly educates about the fundamental human propensity to seek physical objects for a sense of history.

Physical objects remain enmeshed in the complexities of meaning.  Theodore Belote, a senior Smithsonian curator with advanced degrees in history from Harvard and two German universities, advocated in the 1920s that the Smithsonian take a scientific approach to history.  That meant history documenting the progress of civilization, a scholarly approach prominent in late nineteenth and early twentieth-century Germany.  Belote evidently lacked appreciation for bureaucracy in the progress of civilization.  After World War II, probably in the 1950s:

Belote, dispirited by the chronic lack of resources {in the Smithsonian’s historical division}, brushed “historic dust” from certain of the relics in his care, putting it into small envelopes that he labeled and left with the collection.  The envelopes read “dust from G. Washington relics,” “dust from Jefferson relics,” and so on. [1]

In 1982, the Washington Post ran a story on the conservation of the Star Spangled Banner Flag.  That story declared:

{in 1907} the flag’s conservation was the charge of Theodore Belote, an assistant curator of history, remembered at the Smithsonian for such attention to duty that he saved packets labeled “dust from G. Washington relics,” “dust from Jefferson relics,” and so on. [2]

We humans are flesh-and-blood creatures living in a world that we cannot fashion to be as we wish.  Yet we can make new meanings with words and things.