In Jerome’s Life of Paul the First Hermit, the old, holy hermit Antony travels out into the deep desert in search of an even more holy hermit. He finds the hermit Paul living in a cave:

The two embraced each other and greeted one another by their names, and together returned thanks to God. And after the holy kiss, Paul sat down beside Antony, and began to speak. “Behold him whom you have sought with so much labor, his shaggy white head and limbs worn out with age. Behold, you look on a man that is soon to be dust. Yet because love endures all things, tell me, I pray you, how fares the human race: if new new roofs be risen in the ancient cities, whose empire is it that now sways the world; and if any still survive, snared in the error of the demons.” [1]

Suggesting that Antony’s love for him endures despite his infirmity, Paul asks Antony to tell him worldly news. That’s an astonishing request. As an old hermit living in a cave in the middle of a desert, Anthony shouldn’t know what’s happening in the wide world of ordinary human life. He shouldn’t care. Paul asking Antony for such news in Jerome’s Life of Paul the First Hermit indicates Jerome’s literary daring. Paul seems to be mocking Antony’s continuing connection to the world that Paul has left behind.[2]

In the Life of Mary of Egypt, the Former Harlot, probably written about 250 years after Jerome’s Life of Paul the First Hermit, the monk Zosimas journeys out into the desert and encounters Mary. She says to him:

Why did you come to see a sinful woman? Why did you wish to see a woman who is deprived of every virtue? But since the grace of the Holy Spirit surely guided you to me that you might render a service appropriate to my old age, tell me, how do the Christian people fare these days? How fare the kings? How are the affairs of the Church managed? [3]

Telling general news wouldn’t seem to be appropriate service to an old, penitent harlot living out in the desert. The Life of Mary of Egypt, the Former Harlot drew upon Jerome’s Life of Paul the First Hermit in a variety of ways.[4] The above request for news almost surely is adapted from Jerome’s work. 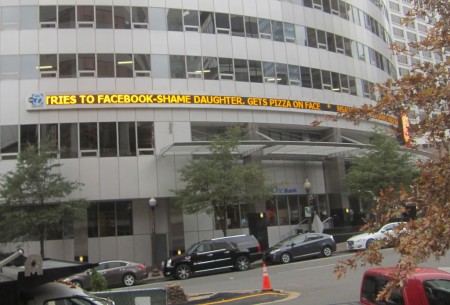 Zosimas said to her, “Briefly, mother, thanks to your holy prayers, Christ has granted stable peace to all. Yet accept the unworthy request of an old man, and pray for the whole world and for me the sinner, so that my sojourn in this desert may not prove fruitless.” [5]

Many readers throughout history haven’t appreciated the literary art in Jerome’s construction of Theophrastus’ Golden Book on Marriage. The anonymous author of the Life of Mary of Egypt, the Former Harlot seems to have understood Jerome’s game of news-seeking and moved it to a higher spiritual level.

[2] Kleinberg (2008), pp. 159-60, observes that Paul addresses Antony ironically and is sarcastic and condescending to him. Jerome could be brutal in his rhetoric.

[4] The Life of Mary of Egypt seems to participate in competitive inter-textual telling of stories of saintly hermits from Antony to Paul and beyond. On specific parallels, see here note [7] and associated text above.

Degórski, Bazyli. 2018. “The manuscript tradition of the vita s. Pauli primi eremitae and the most ancient printed editions of this work of st. Jerome.” Vox Patrum, 69, 155–173.

Waddell, Helen. 1957. The Desert Fathers; translations from the Latin with an introduction. Ann Arbor: University of Michigan Press.