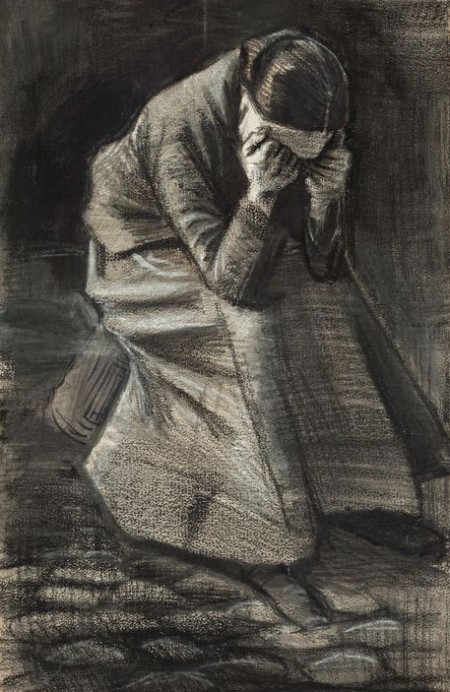 In Joseph and Aseneth, a text perhaps written in fourth-century Syria, the strong, independent, man-hating Aseneth is overcome with a sense of her own wretchedness. In her despair, she recalls the loving care of a father for his child:

a little child who is afraid flees to his father,
and the father, stretching out his hands, snatches him off the ground,
and puts his arms around him by his breast,
and the child clasps his hands around his father’s neck,
and regains his breath after his fear,
and rests at his father’s breast,
the father, however, smiles at the confusion of his childish mind.

The confusion in the child’s mind is that there exists cause for great fear, and that the father doesn’t offer protection. Aseneth understands that she is like that child. She realizes that she can run to a loving father.

Fathers’ love for their children is now widely denied or obscured. Perhaps that’s part of an effort to support enormous gender inequality in child-custody decisions and acute anti-men sex discrimination in family courts.

The human toll of gender-equality double-talk is unfathomable. Gender equality in public discourse today largely stands for anti-men gender bigotry. Recalling the loving care of a father for his child is a first step towards healing the world.

Aseneth pleads her own ignorance: “my many deeds of ignorance. … I have sinned against you in ignorance.”  Id. p. 223. With the Internet, persons can much more easily overcome their ignorance.