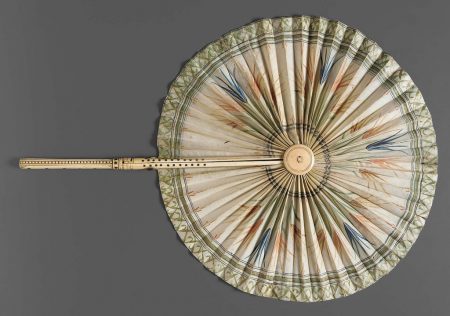 Farting is a natural bodily function. Women, who are fully human beings, fart as well as men do. All persons are created equal in farting, just as they are created equal in defecation. Nonetheless, human societies inevitably construct hierarchies. The problem isn’t just the formal servitude of persons such as Roland the Farter. Hierarchy shapes even human understanding and use of farting.

raising his right leg, he let forth a mighty fart, saying at the same time that this was the way he was accustomed to make wind for himself.

Anyone who has ever worked in a bureaucracy knows the feeling of being farted on by higher-ups. In the institutional church, a Cardinal is higher up than an Apostolic Secretary. The Cardinal made a pretense of equality: “serve me as you serve yourself.” The Apostolic Secretary seized the opportunity and farted on the Cardinal. That’s an extraordinary blow of the belly against hierarchy.

Another Italian cardinal used farting to assert freedom against the obligations of his position in the church hierarchy. The Cardinal of Tricarico led a very dissolute life. One day when he was out hunting on horseback, a man named Alto di Conti admonished him to live a morally proper life. Here’s how the Cardinal responded:

he looked back at him for a little, then suddenly leaned his head down on his horse’s neck and raised his buttocks and let loose a tremendous fart, saying “To your beard!”

The Cardinal thus forcefully expressed contempt for the moral obligations of his position within the church hierarchy.

The phrase “to your beard” is an ancient expression associated with farting. A highly cultured man in early fifteenth-century Italy explained:

It is a common way of speaking, that when someone farts, those nearby say, “To the beard of him who owes no one anything.”

Subservience and ass-kissing are closely related to elaborate hierarchy. About 2500, when Greeks lived in small city-states and most other humans lived in small tribes or small kingdoms, Persians lived in the large and highly developed Achaemenid Empire. Persians have probably lived in large, elaborate empires for at least as long as the Chinese. In short, Persians have long historical experience of elaborate human hierarchy and the personal humiliations that go with it. One legacy of this history of hierarchy apparently is the present-day rude Persian expression: “گله به ریش خود (gooz-beh rishet) {a fart to your beard}.” Persia was probably the ultimate source for the similar expression in Latin in early-fifteenth-century Italy.

Just as farting is a natural bodily function, hierarchy is a natural feature of human civilization. That reality doesn’t mean that oppressive gynocentrism is humans’ ineluctable fate. We can aspire to humane, tolerant hierarchy. We can move forward to less obsequiousness toward dominant values and more freedom for individual, idiosyncratic expression.

The quote concerning the Cardinal of Tricarico farting is from Poggio, Facetiae 136, “A very entertaining, amusing action of another cardinal {Facetia alterius cardinalis jucundissima},” Latin text from Poggio (1879) vol. 2, pp. 23-4, my English translation.

The quote concerning the phrase “to the beard of him who owes no one anything” is from Poggio, Facetiae 103, “Concerning a certain bearded old man {De quodam sene barbato},” Latin text from Poggio (1879) vol. 1, pp. 162-3, my English translation. The Governor of Vicenza Ugolotto Biancardo heard a debt case in which an old man with a beard declared that he didn’t owe anyone anything. Ugolotto Biancardo then declared to that man, “Remove your stinking beard. Its foul odor is disturbing. {hanc tuam foetidam barbam, quae nos malo odore conturbat, amove.}” When the old man asked how his beard could smell so foul, Ugolotto explained that all the farts ever made must have gone to his beard since he owes no one anything.

[image] Liturgical flabellum (fan) from twelfth-century Italy. Preserved under accession number 56.882 in the Museum of Fine Arts (Boston). Downloaded and used under the non-commercial, educational provisions of the Terms of Use that the Museum of Fine Arts has posted. Here’s a liturgical flabellum made in nineteenth-century Cologne and incorporating some twelfth-century elements. Preserved under accession number 47.101.32 in the Metropolitan Museum of Art (New York City). Alternate image of this flabelum on Wikimedia Commons.

Sacher, Jason. 2012. How to swear around the world. San Francisco: Chronicle Books.

One thought on “farting, equality, and hierarchy: analysis of “fart to your beard””