Boccaccio’s Il Corbaccio is a masterpiece of rhetorical sophistication at the service of comic realism.  It shouldn’t be dismissed as merely an embarrassment, a literary joke, or Boccaccio’s last vernacular fiction.  The Corbaccio insists that poetic entertainment, instruction, and salvation work through realistic personal experience.  The Corbaccio presents the program of the Decameron and should be appreciated along with the Decameron.[1]

Boccaccio provides a key to understanding the Corbaccio and the Decameron in the relation of realistic ladies to the Muses on Mount Parnassus.  In the Corbaccio, the narrator’s dream-guide advises solitary study to increase fame with deeds:

Rather than visiting the multitudes gathered in churches and other public places, it is fitting for you, and I know you are aware of it, to frequent solitary places, and there, by studying, working, and versifying, to exercise your intellect and to make an effort to better yourself, and, as best you can, to increase your fame more with deeds than words [2]

While you are in the woods and remote places, the Castalian nymphs, with whom these wicked women {flesh-and-blood women} would compare themselves, will never abandon you.  Their beauty, as I have heard, is celestial.  Such beautiful ladies as these will neither shun you nor mock you; rather, they will enjoy lingering and journeying in your company.

The Muses’ celestial beauty, which the dream-guide hints that he has never seen, is distant from earthly experience.  The Muses’ character is defined first as a negative of realistic behavior:

they will not put you to discussing or disputing how many cinders are needed to boil a skein of coarse flax, or whether linen from Viterbo is finer than that of Romagna, or whether the baker’s wife has the oven too hot, or to see whether there are brooms to be had to sweep the house.  They will not tell you what madam so-and-so, and madam such-and-such did the night before, or how many paternosters they said at the sermon, or whether it is better to change the ornaments on some dress or other than to leave them as they are.  They will not ask money for cosmetics, powder boxes, and ointments.

The surface level of this text is factual detail.  Within its realistic style, the text plausibly contains bawdy figures (“the baker’s wife has the oven too hot”) and common references from the literature of men’s sexed protests (“ask money for cosmetics, powder boxes, and ointments”).[3]  Yet the importance of the surface realism is highlighted in contrast to the immediately subsequent positive description of the Muses’ behavior:

With angelic voice, they will narrate to you the things which have been from the beginning of the world down to this day; and sitting with you upon the grass and flowers in the delightful shadows beside that spring whose last ripples will never be seen, they will show you the causes of the variations of the weather, the toils of the sun and the moon, what hidden power nourishes the plants and also tames brute animals, and from what place rain down the souls onto men.  They will show you that Divine Goodness is eternal and infinite, by what steps one rises to it, and down what precipices one plunges to the opposite place.  After they have sung with you the verses of Homer, Virgil, and other worthy ancients, they will sing your own, if you wish. [4]

The Muses represent epic poetry, cosmic understanding, and high aspiration.  The dream-guide complains that the narrator turns instead to flesh-and-blood women:

Ah, how just would it be for these most distinguished ladies to banish you as unworthy from their most beautiful chorus!  How often do your desires turn to women!  How often, on leaving them, fetid, corrupted, and unashamed of your bestiality do you go again to mingle with those who are most pure!  Certainly, if you do not stop this, it seems to me that it will happen to you {be banished from the Muses’ chorus}, and deservedly so.  …  And how shameful it would be for you, were this to occur, you can be quite sure.

Boccaccio constructs the Decameron’s author as a man keen to serve women in realistic style.  The knight who fought in the lady’s chainse, Suero de Quinones, Ulrich von Liechtenstein, Captain De Falco, and the male authors of the World Economic Forum’s Global Gender Gaps 2011 report exemplify men’s servitude to women in high style.  The Decameron, in contrast, is filled with earthy stories of sexual intrigues and escapades.  In the Decameron’s introduction to its fourth day, Boccaccio acknowledges criticism from “wise men”:

many, concerned about my reputation, say that I would be wiser to remain with the Muses on Parnassus than to get myself involved with you {flesh-and-blood ladies} and these trifles {realistic stories of sexual intrigues and escapades}.[4]

The Muses are represented as ladies.  Medieval literature recognized that one man could not satisfy nine ladies, or three, or even just one.  The mutual problem of exclusivity is a matter of realism:

If it sometimes happens that a man leaves them {the Muses}, he should not be blamed if he delights in seeing something resembling them: the Muses are ladies, and although ladies are not as worthy as Muses, they do, nevertheless, look like them at first glance; and so for this reason, if for no other, they should please me.

Boccaccio, like the dream-guide in the Corbaccio, surely hasn’t actually seen the Muses.  Their lady-like appearance is representational realism like the help that Boccaccio claims to have received from earthly ladies:

ladies have already been the reason for my composing thousands of verses, while the Muses were in no way the cause of my writing them.  They have, of course, assisted me and shown me how to compose these thousands of verses, and it is quite possible that they have been with me on several occasions while I was writing these stories of mine, no matter how insignificant they may be — they came to me, it could be said, out of respect for the affinity between these ladies and themselves.

Therefore, in composing such stories as these, I am not as far away from Mount Parnassus or the Muses as some people may think.

Nor are Boccaccio’s intentions as far away from Dante’s as some critics have thought:

my pen should be granted no less freedom than the brush of a painter who, without incurring censure or, at least, any which is justified, … shows Christ as a man and Eve as a woman, and nails to the cross, sometimes with one nail, sometimes with two, the feet of Him who wished to die there for the salvation of mankind.[5]

Boccaccio intended neither the Decameron nor the Corbaccio to be merely low entertainment.  Both the Decameron and the Corbaccio assert the importance of realism.  Boccaccio’s comic realism, like the sacraments that the Church offers, provides instruction and salvation through the materials of ordinary life.[6] 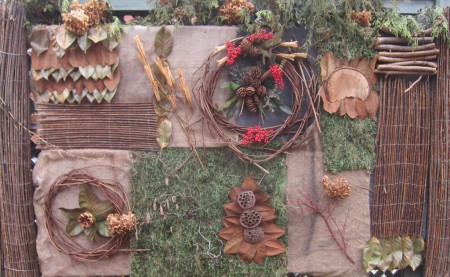 Boccaccio’s final work in vernacular fiction has been for the most part an embarrassment, even to its admirers.  It is almost universally understood as running counter to the spirit of the preceding masterwork, the Decameron.

Hollander attempted to redeem the Corbaccio as a “literary joke.”  Id. p. 2.  More insightfully, he observed that Boccaccio describes himself as nearly forty years old one-third of the way through composing the Decameron, and about forty-two when writing the Corbaccio.  Hollander declared:

Decameron and Corbaccio are meant to be read as closely contiguous literary experiences, whether they were so or not.  These two texts tell us more about one another than we may learn from most other sources about the essential strategies of either.

[2] Giovanni Boccaccio, Il Corbaccio, from Italian trans. Cassell (1993) p. 36.  The four subsequent quotes are from id. pp. 36-7.  In the author’s conclusion to the Decameron, Boccaccio chides prudish ladies: “ladies of the type who weigh words more than deeds and who strive more to seem good than to be so.”  Decameron, from Italian trans. Musa & Bondanella (2002) pp. 803.  Boccaccio’s figure of the prudish ladies aptly describes critics who declare the Corbaccio to be misogynistic.

[4] Giovanni Boccaccio, Decameron, 4th day, intro., from Italian trans. Musa & Bondanella (2002) pp. 287.  Ladies probably weren’t actually the readers that Boccaccio intended for the Decameron.  Kirkham (1993) pp. 118-9.  The meta-narrative of the Decameron is another level in Boccaccio’s literary strategy.  The subsequent four quotes are from id. p. 291.

And just as fitting words are of no use to a corrupt mind, so a healthy mind cannot be contaminated by words which are not so proper, any more than mud can dirty the rays of the sun or earthly filth can mar the beauties of the skies.

The comic realism of the Decameron is consistent with a moral and salvific vision for humanity.  Salvation within the Decameron’s realism means escaping death from the plague.  It also means recognizing human viciousness and cruelty and the possibility of escaping from that plague through understanding love.

[6] Boccaccio studied thoroughly Dante’s Commedia and frequently cited Dante in the Decameron, the Corbaccio, and other of his works.  The 100 stories of the Decameron can be understood as a stylistically different approach to the journey of the Commedia’s 100 cantos.  In an influential work examining the Commedia, the Decameron, and the representation of reality, Auerbach declared:

{Boccaccio} writes for the entertainment of the unlearned. … his ethics of love is … concerned exclusively with the sensual and the real … {the Decameron} rarely abandons the stylistic level of light entertainment.

Auerbach (1953) pp. 224, 226, 227. Hollander (1997), p. 90, insightfully proclaimed, “the Decameron is one of the worst read masterpieces that the world possesses.”  The fundamental problem is lack of proper appreciation for the Corbaccio.  Boccaccio scholars should abandon their neoliberal commitment to symbolic property rights and turn to the government, or off-duty government workers, for help.