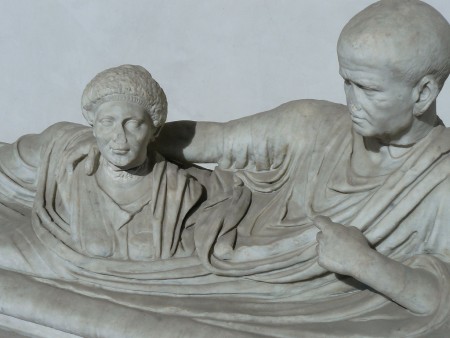 Let me tell you, natural philosophy sheds light on the truth about men’s risk of cuckoldry. Some, living life without examining shadows and ancient tracings, dwell in darkness among ideals. They are illusory asses philosophizing, and you shouldn’t put up with their braying, unless of course it’s required for a class to get your degree. Many ancient Greco-Roman adultery tales have been copied and recopied from papyrus to parchment to paper so that you can read them now, if you’re sufficiently curious and brave. Nobody tells these tales any longer because everyone fears the philosophers’ descendents, the police. But you, with the great blessing of writing, can still stick your nose in.

Ancient Greco-Roman adultery tales usually go like this. A man, wanting to ensure that any kids that he provisions are biologically his, tries to guard against his woman having sex with other men. Almost all the adultery tales are about women’s adulteries, not men’s. Opening men’s eyes to their false ideals of women was much more important than instructing men on how to commit adultery. Men used to know how to do that quite well. And, don’t you know, wives and girlfriends cared little, as long as men’s sexual wanderings didn’t hurt them socially or materially.

What I’m telling you is a secret. I wouldn’t have this knowledge to know and to tell if I weren’t an ass, a real ass, with an ass’s ears, eyes, fur, and the large organ that distinguishes a real ass. Those pretend asses, those philosophers, march in public processions with social-justice warriors, career hunters, cross-dressers, Hollywood action heroes, fake-law judges, bird-catchers, she-bears, and well-trained parrots. Those public processions are to divert the masses. What I’m telling you are holy mysteries known only to a select few.

Swallow your pride and accept the truth that men are inferior to women in guile. In ancient Greco-Roman adultery tales, the man commonly returns home unexpectedly while his wife and her lover are amorously engaged. The wife, with her superior guile, commonly dupes her husband to escape exposure. Sometimes the husband, imprisoned in his ignorance, even is induced to promote his own cuckolding.

I’ll tell you an elegant rogue’s tale about an ignorant, nose-to-the-grindstone beta man. This husband for meager wages worked with his fingers in front of a preternaturally glowing screen in a windowless office. He went to work at dawn and usually returned home late in the evening. One day, a virus infected the office network, locking everyone’s screen with a sketch of a man’s red, smirking face.

Unable to work at his terminal, the office drone returned home early. He went to enter the side door of his house. That’s where he usually entered to avoid dirtying the polished agate floor his wife had insisted be installed behind the front door. The side door was locked. Then he tried the back door. It too was locked.

The husband gently, very gently, knocked on the rear door once. He didn’t want to overly arouse his wife, who might be napping. No response. He did it again. Still no response. Then he called out, “Honey, good news, I’m home from the office early. Please unlock the door so I can come in.”

The wife meanwhile was quickly and quietly disentangling her arms and legs from the artful drama of her biker-lover’s tattooed body. Then she led him from the bedroom into the kitchen and ordered him to hide in a large, natural-wood, seasoned-oak pickling cask. Craft local cucumber pickling had become all the rage in swank circles with the growth of the alternate local husbandry movement.

Once her lover was concealed in the cask, the wife slowly opened the door for her husband. She glared at him sullenly. As he eagerly stepped in, she cuttingly addressed him:

So this is how you’re going to come, empty-headed, slack-handed, in leisurely softness? You’re not working, not looking for our livelihood, not earning our daily bread? And I, fool that I am, all day long I’m twisting my tendons into knots pickling local cucumbers just to bring some sign of urbanity to this dump of ours. Our neighbor Daphne is so much luckier than I am. She can pluck fresh fruit flown in from everywhere, get drunk on undiluted wine at dawn, and loll about in spacious, auto-watered indoor meadows with her lovers all day long!

The husband apologized and said that he was still hoping that his company would get third-round financing and he be given stock options that might be worth real money in a future IPO. “But now,” he said tremulously, “but now, we have to liquidate some assets. I’m so sorry.” Sucking in his face and nearly crying, he whispered, “I’ve had to sell your pickling cask. I managed to get five grand for it, much less than what we paid, but we need cash to cover our bills.”

“You cretin!” his wife screamed, maintaining at high volume her ability to put on a French accent, “I’ve already sold it for more!” After a brief pause, she continued:

I sold it for controlling membership in a motorcycle start-up. Motorcycles are going to be the next, big throbbing thing for women. But what would you know about that, you little cubicle mouse, still hoping for a little piece of cheese for all your coding.

The husband had long yearned to be in on some shares. Now he was, and he was satisfied.

The wife’s biker-lover then poked his head out from the cask. “It’s older than I thought,” he said to the wife, “and it seems to be corroded with lack of use. I don’t know if my board will retain its resolve to consummate the deal.” Then he turned to the husband and said:

hey, bro, get me a tool to scrape away the scum from inside. We’re not gonna trade away controlling equity for poorly maintained wood.

The husband, diligent worker and ignorant cave-dweller that he was, responded:

Please, sir, come out and visit with my wife until I clean this cask for you, completely and thoroughly. I’ll make it seem as if it never held a pickled cucumber.

The husband pushed the empty cask on its side, crawled in, and began to rub the wood by hand. Meanwhile, the biker-lover, quite the versatile rider — leaned the wife forward on the cask, bent his body to hers and uncaring of all else, started giving her a good ride. Mid-trip, she poked her head down into the cask and gave her husband instructions, comically, with a whore’s double-face, pointing with her finger — You missed a spot here and here and … ohhh … there and there … again! — until both jobs were finished. The husband, born under an unlucky moon, then had to arrange to have the pickling cask transported at his own cost to the home of his wife’s biker-lover.

Aporia — that sly philosopher’s got your tongue, huh? — or is it aphasia? Well, either is better than lashing out apoplectically at me for telling you a tale like you’ve never heard before. I, much knowing, have collected tales of this type from many cultures and across millennia of history. I learned them all by myself, with strenuous effort, working evenings and weekends. You think they don’t exist in reality? Just wait until my hard hoof kicks reality in front of your face!

I beg your pardon for giving offense or being outlandish. But I won’t allow these tales to be erased, even if they can no longer be told. I’m outside in the light with the seven sages of Rome and an Indian parrot that doesn’t just parrot its masters. You can tilt against Homer, but one day tales again will be spread.

Apuleius was known as a “philosophus Platonicus” and probably studied in a neo-Platonic school in Athens. Sandy (1997) pp. 7, 22-6. On Platonism in Apuleius’s Metamorphoses, see Kirichenko (2008) and Plato’s Phaedo and The Republic, 514a–520a.

A review of ancient Greco-Roman adultery tales, including evidence of mime performances, is within Konstantakos (2006). Both Apuleius’s Metamorphoses (written in Latin) and the Life Aesop (written in Greek) mix elite philosophic culture with ribald tales and witty, satiric changes.

Studying the adultery tales in Metamorphoses 9, a leading scholar has declared: “the prime characteristic of these stories is literary entertainment … suitably adapted for a low-life and sensationalist novelistic context.” Harrison (2013) p. 242. The adultery tales seem to me to contribute to important intellectual and social critique.

The adultery tales in Metamorphoses 9 are often retold in subsequent literature. Boccaccio’s Decameron, VII.2 is an adaptation of Apuleius’s Tale of the Jar. Decameron VIII.8 is a further variant of that tale. The frame adultery tale in Metamorphoses 9, the tale of the miller and his wife (9.15-31), ends with the miller having sex with the wife’s male lover. Decameron V.10 is an adaptation of that tale.