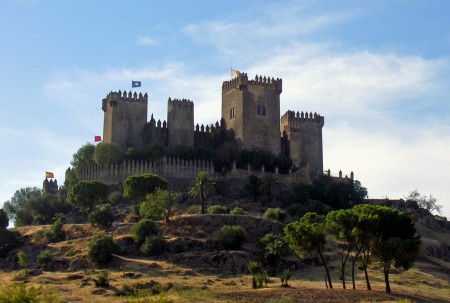 Since the beginning of human civilization, war has been predominately organized as men killing men. Yet some men have sought a better way. An Arabic anecdote about Nazhun and al-Makhzumi, poets living in Andalusia probably in the twelfth century, narrates though an invective contest alternatives for men’s lives.

The descriptive frame for the anecdote sets out a key contrast. The narrator explains:

Although the people of Andalusia were champions in the horse race of the holy war, rushing from the mountains and the canyons to respond to its call, they also kept, out of fear of satire, a special place for luxury, pleasure, wantonness, and the patronage of the poets. [1]

The word “people” obscures in generic identity that the persons fighting and dying in holy war were men. The dual spheres of war and luxury parallel the power of the sword and the pen. The man poet al-Makhzumi wielded the pen as a greatly feared satirist. That skill brought him to the place of luxury. Yet places of luxury are sustained as much with eulogy as with satire. Al-Makhzumi wrote weak poetic eulogy.

Al-Makhzumi’s weak poetic eulogy in the place of luxury generated an invective war between him and Nazhun. Positioning herself as one accustomed to living in the place of luxury, Nazhun ridiculed al-Makhzumi’s eulogy. Al-Makhzumi was from Almodóvar. Nazhun described Almodóvar as farm country. Al-Makhzumi’s first response to Nazhun’s attack on him was to spit. Nazhun in turn wished him ill health. They exchanged further verbal blows. With more daring than most educated men would dare today, al-Makhzumi called Nazhun a liar and “a red hot strumpet whose thing admits odors that can be smelled from miles.” The vizier Abū Bakr ibn Sa’id, acting the part of the benighted white knight of European chivalry, intervened to defend Nazhun. Al-Makhzumi then attacked Nazhun with disparagement of men’s genitals:

May God not allow her to hear good tidings, and may he show her nothing but a penis.

A penis is a wonderful organ that brings good tidings of joy, and on some occasions, new life. Appreciating this reality, Nazhun responded to al-Makhzumi:

Why, dirty old man, you contradict yourself! What could be better for a woman than what you have mentioned {a penis}?

Al-Makhzumi, upholding a sort of gender symmetry, then disparaged Nazhun’s vagina as being widely stretched. Within the place of luxury, al-Makhzumi was a verbal warrior willing to attack harshly women as well as men.

While men tend to idealize women as pure, sweet, and innocent, women are as capable of viciousness as are men warriors. Nazhun turned on al-Makhzumi with poetic invective:

In its Islamic context, the vague reference to “his maker” implicitly suggests a vile, demonic force. Associating Almodóvar with shit parallels the farm country insult that Nazhun made earlier. But turning Bedouins into effeminate men suggests in contrast urban life. That contrast leads into Nazhun’s new line of attack on al-Makhzumi. The Arabic word for Almodóvar comes from the Arabic word for round. The Arabic word for “one-eyed” naturally extends to mean penis by the penis’s single orifice. But neither “round” nor “one-eyed” are best understood to refer to penis.[2] These words more plausibly figure the low, backside presentation of male hips. Nazhun represents al-Makhzumi as enjoying the position of the pedagogue in an ancient form of male-male sexual-intellectual transmission.[3] Underneath Nazhun’s invective is two-eyed envy of the one-eyed’s special relationship with the blind teacher. Nazhun tried to figure herself as male:

I have responded to a poem in kind
So pray tell me, who is more poetic?
By creation, I may be female
But my poetry is male

Al-Makhzumi in turn poetically disparaged Nazhun as being sexually easily accessible.[4] Al-Makhzumi then amorously departed with a young male slave. 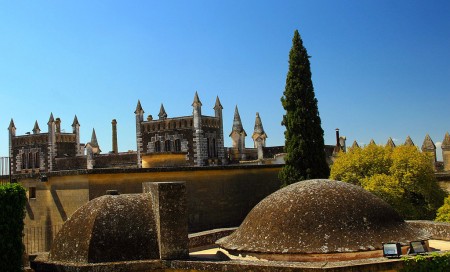 Al-Makhzumi the pedagogue of invective had a foil in the vizier Abū Bakr. Al-Makhzumi reportedly was Nazhun’s teacher.[5] Abū Bakr defended Nazhun from al-Makhzumi, sought her love, and complained of her promiscuity. She wrote to him:

Oh Abū Bakr, you hold a place forbidden
to others in my heart, reserved for my best friend
However many lovers may be in truth
Love for Abū Bakr would have the foremost place [6]

Those words express what’s now known among men as friend-zoning. Men in the friend zone are loved non-erotically.

Men fight other men primarily to serve women in gynocentric society. So do men leaders of state. An alternative for men is to learn skills of invective and affiliate with men in the place of luxury that women inhabit. In the deep poetic irony of human society, such a turn makes men more erotically attractive to women.

[1] Anecdote about Nazhun and al-Makhzumi, al-Maqqarī’s version, from Arabic trans. Hammond (2010) p. 139. All subsequent quotes are from id., pp. 139-42, unless otherwise noted. I’ve made a few minor changes to the translations for clarity. The names Nazhun and al-Makhzumi are properly written as Nazhūn (Nazhūn al-Garnatī bint al-Qulā’ī) and al-Makhzūmī (Abū Bakr al-Makhzūmī). I use the former forms for accessibility. Schippers (1993) provides an alternate English translation based on the version in Ibn al-Khatīb’s Ihāta.

[2] Hammond (2010), pp. 135-6, finds “round” (mudawwar) and “one-eyed” (a’war) to refer to a penis. Those references seem to me to generate a less coherent, less meaningful interpretation of the poem. While possible, they are not necessary.

[3] Figural association of eyes, buttocks, and pedagogy occurs in the influential Life of Aesop. That work, written in Greek about the first century, diffused widely throughout the Islamic world.

[image] Castle at Almodóvar del Río in Andalusia. Thanks to Phillip Capper (first photo), Wolfgang Manousek (second photo), and Wikimedia Commons. A fortress on the hill in Almodóvar dates to 740. Almodóvar was then known as al-Mudawwar al-Adna.

Schippers, Arie. 1993. “The role of woman in medieval Andalusian Arabic story-telling.” Pp. 139-152 in Jong, Frederick de. 1993. Verse and the fair sex: studies in Arabic poetry and in the representation of women in Arabic literature : a collection of papers presented at the 15th Congress of Union Européenne des Arabisants et Islamisants (Utrecht/Driebergen, September 13-19, 1990). Utrecht: Houtsma Stichting.