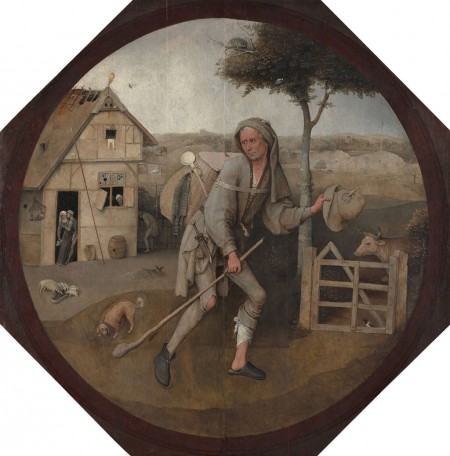 The Arundel Lyrics appear to be a haphazard collection of twelfth-century Latin poems. The first sixteen poems concern a cleric-scholar desiring carnal love. The next seven celebrate the incarnation of God. Then three poems harshly condemn church leaders. The subsequent poem lavishly praises a bishop. The final poem ponders what sort of woman to choose for the most delightful carnal love.[1] The individual poems are learned and subtle. Despite apparent thematic disparities, the Arundel Lyrics is a collection artfully constructed like its individual poems.

The praise poem in the Arundel Lyrics compiles well-known concepts and abstract, conventional praise claims. It begins with a second-personal address to a bishop. That seems to be artful misdirection. The bishop is a jewel among bishops, his fame shines, and he adds luster to the realm. He is both a marvel of nature and a mirror of the form that others should strive to become. Medieval thought distinguished three estates of society and also conceived of the Christian church as the mystical body of Christ.[2] The praise poem replaces the three estates with well-known abstractions and transfers the collective body to the bishop:

There are those in whom virtue dwells,
whom nature ennobles,
whom fortune exalts.
There is a tripartite order of society,
but in you the three classes
are an assembly made one.

One might ask — and not unreasonably —
who am I, who presumes to write for you,
even though I am nameless,
I am to you deeply
dedicated to your will
and devoted to your kindness.

The praise poem’s last stanza figures the bishop as Jesus and the writer as his mother Mary. The poem’s final words refer to Mary / the courtier “filled with graces and esteemed before all others in the humility of a maidservant.”[4] Written so as to be suitable for any courtier to offer to any bishop, the praise poem is best understood as a burlesque of sycophancy.

The poems of the Arundel Lyrics condemning church leaders caricature common criticisms. The second of the condemning poems begins with a sarcastic figure of self-righteousness:

Among the herd of bishops,
scarcely is there except one
worthy of the rank.

That one is unfaithful, avaricious, and criminal. He abuses pleasures and is a slave to his appetites. He ends feasts by vomiting, seeks always to be drunk, and fornicates with any available male or female whore. He sells favors, engages in vicious lawsuits, and bribes judges. He wishes that he, rather than Judas, had been able to sell out Jesus. The most vehement claims with which men have protested against dominant, abusive women are applied to the bishop:

Because he is a trap of deceit,
a pit of vices,
a pond of filth,
as many as the rivers that flow into the sea,
so many the crimes in him,
come together in one.

The first and third of the condemning poems of the Arundel Lyrics indicate that the problem isn’t just this one bishop. The whole clerical order and all of the Roman curia are preoccupied with merchandising, extortion, and simony. Their glory is in gluttony and lust.

The condemning poems of the Arundel Lyrics in context are more than invective. The first stanza of the first of these poems presents the poet amid the throng of humanity:

Although sick among the sickly
and anonymous among the nameless,
I will nonetheless serve as a whetstone for others,
assume a bishop’s prerogative.
Weep, daughters of Zion!
The guardians of the church
today follow
Christ from afar.

Following Christ from afar echoes the self-righteousness of the condemned bishop, who is like the Pharisee:

God, I thank you that I am not like other people: thieves, rogues, adulterers, or even like this tax collector. [7]

For when he thus makes known,
when he reveals what he aims at,
the polished fiction
doubles the profit for him.

The seven poems celebrating the incarnation of God, like the sixteen poems explaining the cleric-scholar’s desire for carnal love, represent wonderful and troubling mixtures. The father sitting on a throne of supreme majesty became a poor child:

The child given to us
wails in a stall,
placed between
two animals;
the one born of eternity is,
for a little while,
lower than those whose creator he is.

The Incarnation saved humanity by joining unlike parts:

Pure forms aren’t reality in the mundane world. The world was redeemed by God entering into the mixture.

The final poem of the Arundel Lyrics presents the poet pondering choices among different forms. The choices are women defined characteristically: the fickle woman, the immature girl, the old woman. These women are no more real than the completely corrupt clerical order and the abstractly praised bishop of the previous poems. The final poem ends with the first instance of its refrain:

So mine, so mine,
delightful love, delightful Venus.

There is no more to this poem after this childish exclamation. It brings within one person the human emptiness of the condemning poems and the praise poem. The final love poem in the Arundel Lyrics is much less humane than the first sixteen. Their separation in the collection surely is intentional and telling.

[1] The Arundel Lyrics are poems copied as prose in the fourteenth-century manuscript British Library Arundel 384. The manuscript also contains:

part 3 of the pseudo-Ovidian De vetula, with commentary, the twenty-eight twelfth-century lyrics {Arundel Lyrics}, excerpts from Cicero’s De officiis, a treatise on the astrolabe, and an alphabetical index to Boethius’s Consolation

the sense of stylistic and intellectual coherence presented by the collection {the Arundel Lyrics} has for a long time encouraged scholars to search for an author.

Arundel Lyrics 24 has been attributed to Walther of Châtillon. McDonough (2010) Introduction, pp. vii-viii. Dronke assigns nineteen of the Arundel Lyrics to Peter of Blois. Dronke (1976), Appendix A, pp. 215-35. On debate about Dronke’s ascriptions, Moser (2004) pp. 242-5. The analysis above supports the view that one author composed all of the Arundel Lyrics. It further suggests that the same author also composed the collection.

[2] On the church as Christ’s corpus mysticum, the king’s two bodies, and the body politic, Kantorowicz (1957).

The praise poem, which spreads out in 150 lines, has more lines than any other poem in the Arundel Lyrics. The next longest poem is a condemning poem of 138 lines, Arundel Lyrics 25 (De grege pontificum). The longest poems in this collection are the least humanly complex.