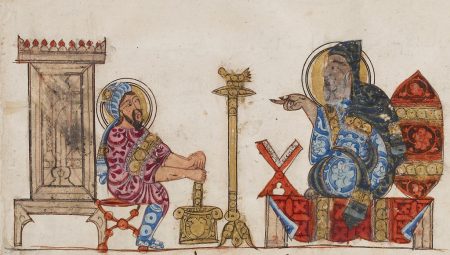 Where will you go in this rain and cold, given that my house is your house, and you are in darkness and you have no lantern? I have some colostrum the like of which no one has seen and some excellent dates which can only be eaten with colostrum. [1]

In Arabic culture, hospitality is obligatory. Al-Naqqāsh not only offered hospitality, but also boasted of the fine food he would provide. Al-Jahiz accepted his offer of hospitality.

Within his home, al-Naqqāsh delayed awhile in serving his guest. Then he brought a bowl of colostrum and a palm-tray of dates. When al-Jahiz reached out his arm to take some food, al-Naqqāsh said:

O Abū ‘Uthmān {al-Jahiz}, this is colostrum with its thickness, and it is nighttime with its sluggishness. Besides, it is a rainy and damp night and you are a man already advanced in age, and you still complain of partial paralysis. You get extremely thirsty and, in principle, you do not eat dinner. If you eat the colostrum and do not overdo it, you will be neither an eater nor an abstainer, you will irritate your nature and then will stop eating, no matter how appetizing it might be for you. If, however, you overdo it, we will spend a bad night worrying about your state, and we will not prepare any wine or honey for you. I have only said this to you lest you say tomorrow: it was such and such. By God, I have fallen between lion fangs. If I did not bring it to you after having mentioned it to you, you would say: he has been miserly with it and has changed his mind about it. But if I brought it to you and did not warn you nor mention all that would happen to you with it, you would say: he had no pity on me and did not advise me. Now I have entirely absolved myself of both responsibilities to you. If you wish — eat and die, and if you wish — a little restraint and a sound sleep! [2]

That’s a veneer of hospitality placed over various, intricately wrought, over-dramatic reasons given to the guest for not consuming the offered food. In al-Jahiz’s account of misers, miserliness is thoroughly mixed with generosity.

The food presented no problem to al-Jahiz, but relations with other persons were troubling. Al-Jahiz explained:

I have never laughed the way I laughed that night. I ate it all and it was only the laughter, liveliness, and delight which digested it, as far as I know. If there had been someone with me who understood the sophistication of his logic, the laughter would have destroyed me or killed me. But the laughter of he who is alone is not like that shared with friends. [3]

Eating with al-Naqqāsh at his table, al-Jahiz was alone and laughed alone. Al-Naqqāsh apparently was in a separate world of regret and anguish. Even more troubling, if another who understood the absurdity of the situation had been with al-Jahiz, the laughter would have killed him. The potential harm from eating food is less severe than the potential harm from associating with others.[4]

Cultural failures can deeply trouble human relations. Across decades of extensive discussion about abortion and women’s reproductive rights, the position of men in relation to “choice” has been largely ignored. Although establishing reproductive rights for men would not require authorizing the killing of anything, men have no reproductive rights whatsoever. To make the situation even more absurd, paternity is established through patently unjust procedures and enormously significant “child support” obligations are imposed with Orwellian doublespeak. Anti-men discrimination in child custody awards and in incarcerating persons have far more human significance than much more publicly prominent concerns such as the mythic wage gape and the share of women working as computer programmers (but not the share of women working as elementary school teachers). In such circumstances, speaking honestly with each other is almost too painful to contemplate. Remaining alone, even while with others, is safer.

When you see an ordinary person eating alone,
or a poet with no desire for songs and music,
you may conclude that the ordinary man has lost
half his life and the poet half
his craft. They’re both barely alive. [5]

[1] al-Jahiz, On Misers (al-Bukhalāʼ), from section “Various Tales” following “The Tale of Tammam ibn Ja’far,” from Arabic trans. Malti-Douglas (1985) p. 126. Colostrum (also called biestings) is milk from an animal that has just given birth.

[2] Id., with some changes in the English translation for style and clarity, drawing upon the translations in Serjeant (1997), p. 106, and Colville (1999) p. 118. The subsequent quoted translation is similarly constructed.

It cools the stomach and liver and harms the nerves. It quickly gives off fumes in the stomach and taking overmuch of it harms through colic and stones in the kidneys but eating it with honey makes it all right.